How To Fine Tune Your Social Skills To Become More Accepted 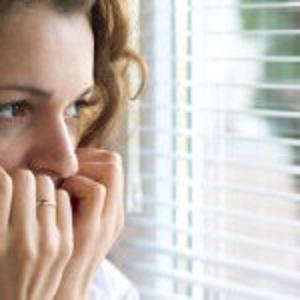 What having strong emotional intelligence displays are certain attributes for those who are socially skilled. What most feel however is that they have no idea how to act in certain social situations. They feel aloof, and their erratic awkwardness shows it.

So they think they’re doomed to a life of nerdness. That their social graces, they wanting to fit in with the elite crowd will never happen. But regardless of how fragile that your social skills may be, all it takes are making just a few minor adjustments in behavior.

What being socially sleek does is offers currency in getting ahead in life, from more success at work, to capturing better relationships with the cool crowd.

So knowing how you come across in social situations becomes an important positive skill set to adopt, for establishing your personal identity.

You’ll then feel more refined when interacting with others, especially when meeting strangers for the first time. What you know is that you can rely on your new found communication skills.

Know How You Control Your Nonverbal Behavior
Know when to make appropriate eye contact with others, come across with a smile which isn’t phony or forced, while simultaneously exchanging pleasantries. Have a firm handshake and not an ice cold fishy one.

These gestures of nonverbal human communication perceives to others that you’re self-confident and approachable, a refined socially tuned in person.

What you want is to appear friendly and approachable if you want others to like you. Once they do, they’ll want to be around you, which increases your chances of relationship and work success.

Mind Filter What You Say
Always be mindful enough to develop the skill to control what you’re planning to say before you say it, this by regulating your verbal output.

Suddenly swearing or yelling at others or objects isn’t considered acceptable social etiquette, this especially in most group settings such as the workplace or the dinner table.

Neither are sudden unexpected outbursts of anger towards those you live, work, date, or are related to, as it equates to having a few screws loose.

There are certain exceptions when you feel comfortable expressing what you’re truly thinking, this with those you are close with, or with your work buddies having a beer, because it’s expected.

It’s knowing when these behaviors are okay and tolerated, and when they’re not. It becomes easy to fall prey to drop a few obscenities when you’re talking, as it sends a shock statement.

So what you need to know is when it’s appropriate and know exactly where to draw the line, just as you need to wear clean clothes to appear presentable. Meet and greet others with respect, while polishing your speaking and language skills.

Not Crossing The Line
Knowing how to act and when to say something that’s appropriate and not unexpected, is a dangling balancing act that keeps you aligned socially. It’s also knowing precisely when to maintain the proper distance between you and others tactfully.

We know the blushing embarrassment it is to listen to the village mouthpiece who talks too much, the gossip queen who constantly overshares, or has a habit of frequently intruding and invading one’s personal space.

They have a habit of revealing way too much of themselves to others, things that can’t be unheard, or fail to know where to draw the line when it comes to those in authority such as the boss, or the opposite sex.

What they do is just constantly blab on, this to anyone who’ll listen, usually fueled by a few adult beverages, which instantly perceives them as lacking good judgement and maturity.

Showing Empathy
To be liked, you need to activate your feeling detectors, as having finely tuned social skills means that you’re sensitive enough to read the nonverbal behavior of others.

So always detect and read their body language first, this as a way of finding out what and how they’re feeling at that precise moment. Is it nervousness, sadness, stress, or are they happy and relaxed.

Use these body signals as a baseline on how you’ll respond or act in their presence. You don’t need to verbally state that you recognize what their feelings are.

What you can do instead is gather the data about their inner state, this to communicate in an appropriate reciprocal manner. Begin by mirroring their own body language, telling them you know what they’re going through.

Control Your Emotions
You need to be on top of your own feelings, as we can all suddenly become upset, snubbed, or have a sudden irrepressible impulse for inappropriate laughter.

So if you want to be regarded as having refined social skills with everyone you come in contact with, you’ll need to monitor and stifle those emotions.

Or, what some will never do is show any expression or emotion whatsoever, while others will constantly expose way too much. The better that you become at controlling just the emotions you want to show, is when you’ll be considered someone that others can trust.

Improving Your Self-esteem
Having refined social skills have no purpose and won’t help whatsoever, if you don’t genuinely believe in them. Having the confidence in your ability so you can communicate effectively with others, which will be displayed once you show self-composure.

Once you look as if you feel comfortable in your own skin during the social interaction, is when you’ll appear approachable and genuine. As your social skills improve, what generates are benefits of better self-esteem.

How Those Who Are Successful Do Their Daily Health Rituals