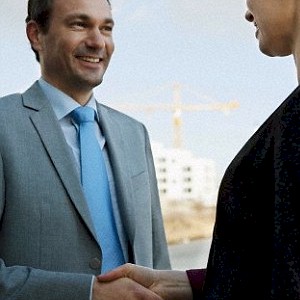 What some lack is tact, they’re ungraceful when in certain situations, which falls under the substance of emotional intelligence, lacking social skills. You may be someone who’s a little aloof during certain social situations yourself, doomed to awkwardness.

Regardless of these situations, it’s found that all most needs are just a few tweaks, this to strengthen their social courtesy. What being socially adaptable generates are better relationships, more friends, and advanced success in the business world.

Knowing how to react gracefully during certain social situations adds dynamically to your personal identity and character. You’ll feel less anxiety when in the prospects of meeting new people, where you can rely on your verbal and nonverbal abilities.

What a lack of poor people skills has shown, is that it’s responsible for the majority of the reasons for job loss, and not because of aptitude. So to develop better social skills.

Groom And Dress Appropriately
Your physical appearance is what everyone sees first, and it takes just a split second for anyone to make a judgement on you, and will base this impression on whether they’ll like you or ignore you. So appear refined and friendly at all times.

Poor choice of clothing for the situation, unkempt hair, unshaven, unclean nails, dirty ragged shoes, are all nonverbal reveals which suggests that you don’t care about yourself or your appeal. That you don’t quite have yourself together.

What you also need is to fit into and comply with what the protocol of where you work requests. Inappropriate brightly colored or revealing clothing might be suitable for a night out, but when at work, make sure that you practice conservatism and dress to impress.

Know Your Nonverbal Behavior
Know the nonverbal cues such as making eye contact when appropriate, smiling, exchanging pleasantries such as shaking hands, which all perceives that you’ve got it together.

That you’re self-confident and mature, an approachable people person. If you come across as “cold,” you’ll appear angry or disinterested. So warmly connecting with others shows your likeable, placing them at ease.

You need to be friendly and approachable to get others to like you, and once they do, they’ll want to be around you.

Be Mindful Of What You Say
It’s critical that you’re mindful of what you say. Swearing or sudden bursts of verbal anger is always taboo in the workplace. The only exceptions are when with close friends where you know it’s expected and accepted.

The issue becomes knowing when this type of behavior is okay, and when it’s not. It’s easy to just suddenly drop an obscenity into whatever you’re saying, so you need to consciously know where to draw the line.

Don’t Overstep Your Boundaries
Watching your language while dressing appropriately are important when forming first impressions, but what might trump everything is gauging and then maintaining the proper social boundaries, the appropriate distance between others and yourself.

We all know how embarrassing it is once someone gossips too much, as they begin to invade everyone’s personal space. They’ll constantly talk too much, revealing far too much information to others, not knowing when they’ve crossed the line.

They don’t use discretion as they’ll generally assume without asking or paying attention, which violates personal boundaries, and at times they don’t care once they do. What this shows is a lack of maturity and poor judgment.

Having Nonverbal Empathy
Having good social graces means that you’re able to properly detect and analyze the nonverbal communication of others. The ability to read their body language, to see if they’re anxious or sad, happy or relaxed.

The ability to decipher these social signals as information, and then reacting appropriately, this when in their presence. Also become experts at judging what their tone of voice is over the phone, and the tone of their emails.

Know how to react once you detect their feelings, this by reading what they’re attempting to tell you. Understand body language to know their inner state, this so you can communicate appropriately in a reciprocal manner.

Controlling Your Emotions
To become socially skilled means you need to then translate the nonverbal emotions of what others are feeling. The best salesman can detect this in an instant. You also need to control your own emotions.

You could be feeling mad, sad, anxious, snubbed, or have a desire to laugh when it’s not appropriate. So if you’re wanting to prove that you’ve got your social graces together, you need to control these feelings.

What some have is a natural poker face where they’ll never reveal what they’re feeling affect their expression, but the majority will leak out their emotions by reacting.

The better that you become disclosing just the feelings that you’re wanting others to know and read, the more likely that you’ll be considered more genuine, a good friend and colleague.

Building Your Self-Esteem
It’s found that it doesn’t matter how refined your social skills are, if you don’t believe in yourself and your actions, as everyone could sense your level of confidence.

So displaying your confidence when communicating helps you in projecting your self-composure. Make sure that you look and feel comfortable in your own skin at all times, then half the battle is won.

Once you feel comfortable, even though at times you need to fake it till you make it, your social skills will strengthen, while reaping the rewards of increased self-esteem.

We are all social creatures, so refining your overall social package becomes important. If your skills are currently passable, what needs to be continuously improved is placing more focus into your persona.

Your life and work depends on it, then you can hang out with the advanced crowd, so begin building up your repertoire.