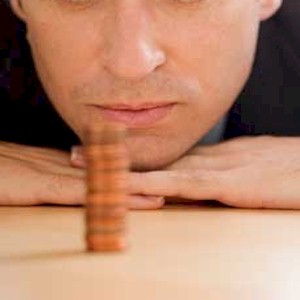 What the majority of people believe is that wealth takes a lot of blood sweat and struggle, the end result of a lifetime of hard work, careful planning and dedicated saving for a rainy day. But the reality is that this may be a big delusion, a mythical illusion of wealth principles.

What the statistics show is that in most of the working industrialized nations, those spending the bulk of their adult lives working away at a job they don’t like, are barely able to survive once their working days are done. Their pension plans are minimal if they have one.

So what’s needed is a complete mindshift alteration, and this needs to begin as soon as possible while one is still working. What needs to be reprogrammed is that you can attract money, this rather than thinking that you need to work 12 hour days while saving every last nickel.

To Attract More Money
The road to riches is instead constructed with acquiring positive ideas of attraction, influencing and drawing more money to enter into your life. Accumulating wealth is more of acquiring a certain attitude, and not the outcome of doing strenuous hard labor.

So once this attitude is altered, it will begin to open up the passageways to getting wealthier. What your subconscious mind feels about money is what determines whether you have any or not.

This hidden mind only cares about what you think of the most, give the most attention to, so if it’s money, then it has no other choice but to manifest more of it into your life.

But what most will do instead is focus on their lack of money, scarcity, the fear of poverty, which becomes a reality that’s reinforced by having no money. Wealth is created by the human mind and not from a bank vault or a dead end job. Those who believe that they deserve riches, can create it.

Accepting Wealth Into Your Life
Most will adopt a negative attitude and resent those who are affluent, people who’s got more money than they need or deserve. A resentment towards those who are wealthy, makes you resent yourself.

So instead, focus on the positive, realize that money is always in motion and is constantly being distributed back into the economy and to others, spreading the wealth while prospering everyone who participates.

Before you’re able to realize riches, you need to believe that you truly deserve it. It’s almost impossible to convince your subconscious mind that you need more money, if its been programmed that you don’t deserve it.

The Fear Of Success
Those who fear success is what prevents them from becoming wealthy, and if they are currently accumulating money, then they worry about how long it’ll last instead of getting more of it.

What needs to be countered is all those negative ideas and turning them into positive affirmations, such as, “I need and deserve to be wealthy.” Once these thoughts are firmly implanted in your subconsciousness, that’s the first step towards wealth.

Creating Strong Affirmations
An affirmation is a strong positive statement regarding something that you’re wanting to manifest into your life. What affirm means is making something firm, such as stating your end goal in a definite way, which solidifies it into your subconscious mind.

Affirmations are signals that you send to your brain every time you repeat it, and through vibration, your subconscious begins to work on it, this to provide you with what it is you affirm.

Writing these affirmations down is an extremely powerful method of reaching the subconscious, as doing so is the quickest way of incorporating them into your deeper mind.

It’s a far more effective method than just simply stating what your goals are. Some of the most dramatic changes have been witnessed, and have come true by the use of positive affirmations.

Properly Using Affirmations
The majority of people are not successful when using affirmations because what they have are too many negative ideals regarding themselves, and their habits which are already programmed into their subconscious. As a result, it’s found that the positive affirmations aren’t able to overcome them.

This poverty or scarcity consciousness has most likely followed them for most of their lives, which dominates them unless they begin to remove these doubts, so that the prosperity consciousness can set in and become a firm habit.

The way to cement this into your subconscious is by writing down all your positive affirmations that you want to achieve, and while you’re at it, listen carefully to the feedback that your mind gives you.

Listen for any negative thoughts from your inner voice which negates your new positive affirmations. Take note of them, and then immediately refute them by responding with the polar opposite.

Writing Your Positive Affirmations Down
It’s advisable that you write down all your affirmations from a third person point of view, while always including your own name. Writing them down allows your subconscious mind to think that there are others who are also thinking and believing that you deserve to be wealthy. For instance:

The best method is writing an entire page of your most desired affirmations on a daily basis. Don’t just treat it as repetition, but really mean it while visualizing the meaning of the words that you write. This process takes 5 minutes a day.

What you need to do is think about abundance constantly while holding stead towards constructive thought. What it takes is constant vigilance to overtake an unruly mind. Those who do this consistently will be ensured of success in every area of their life.