How To Make Your Creative Writing Flow Water Like Streams 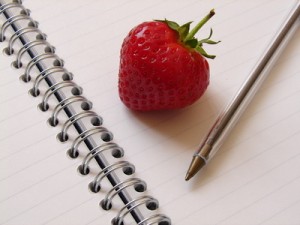 What makes a certain string of words flow in unison, sing in tune like a Sunday morning choir. Some Writers and authors claim that they follow a dedicated and particular writing ritual which they set out.

Others will swig a glass of wine, chug the coffee, or just don’t do anything particular. What they’re able to do however is allow their mind to vibrate thoughts into words, and then transmit them through their fingers. The words then become slick like oil separates water.

For those who are the most successful, who had won awards for putting pen to paper, the very best of the bestselling authors, were asked to describe the exact creative process which they adhere to. So this is how the writers does it.

Not all of the best writers will concede that their particular routine which they follow is vital to their success, or that it even matters at all. Some will admit and are aware of the activities which they’ll do before they begin, much like superstition.

What they’ll admit is that when they do channel their writing, it becomes so routine that the so called “rituals” are no longer present on a conscious level.

The particular habits which dictates a writer’s rituals may be perceived much like gratification. Whatever they do that has worked for them in the past will most likely work again in the future.

So deviation isn’t really an option. The habits will become entrenched, then invariably the writing happens and before they realize what’s happening, the flow becomes liquid.

When Rituals Turn Into Routines
So is there a way to distinguish rituals and what is routine. Some will typically re-read and then revise what they wrote the following morning, what they previously wrote earlier.

Others may become superstitious and only write at certain times of the day when they’re under the spell, using the exact same notebook or use the magical pen with the elixir powers. Superstition appears to be the common base when the pen hits the paper.

Some of the routines which are used, such as locking themselves behind a door, lock and key set, securing an environment that’s completely isolated of distraction. Unplugging the phone, plugging in the mind and indulging in beverage motivation.

This in the obvious hopes of doing so for the purpose of transforming shift consciousness from the everyday distractions of a noisy mind to the calm of a writer’s quiet imaginative world developing into creativity. Such routines have proven to make writing possible.

When the smooth prolonged flow occurs with writers, soothing music usually comes to mind. It’s like a few of the senses have suddenly become aligned with the channeling process. These senses combine while operating with the different areas of the brain.

So turn on the sonata, begin humming your meditation, sip the Earl Grey iced tea, do whatever that helps you make that transformation switch from the noise to letting it all out.

The Spirit Which Follows Your Way
Here’s how some will explain how flow is activated and how they experience the transmission. This surveyed on writers, small and large, Pulitzer quality and hackers. The majority are unable to describe their actual or latest writing ritual as related to getting in tune with the flow experience.

What they do instead is describe what they think and felt as a typical writing experience which comes upon them prior to entering the zone.

What you could, usually as a flashback at any time of the day, is to be able to recall the last time that this feeling of fluidity occurred. Each single time stood out as being unique and special to the point.

As time passes however, being able to distinguish the sessions becomes distorted. Although each time it was enjoyable and memorable and easily re-callable for a while, the separate incidents become less distinguishable after time passes.

Getting Into The Flow
So is this the essence of flow. As the writer begins to get set into a familiar routine, they begin to slowly lose or recall the previous or particular writing sessions, except when it comes to the especially unusual ones, the ones sparking the apex of the experiences.

These are the ones which were undertaken in a new place or time or were inspired by something completely unusual. Similar to sleeping and dreaming, no one quite remembers how they fell asleep or what they dreamed about five nights ago.

But what you may remember is recalling the night you stayed awake to watch the sunrise, or you remember the violent thunderstorm which woke you up, or that time you fell asleep on your friend’s sofa, that vague recollection, decades ago, of sleeping overnight on that park bench wrapped in someones arms.

So it’s easier and a lot more efficient to just do it, then you can use all that saved mental energy beginning to just thinking and planning. This which doesn’t however necessarily make sleeping, or creative writing, any less of a mysterious or valuable step. It just becomes harder to remember.
[ad#co-1]