How To Recognize The Sociopath Behavior Among Us
Skip to content 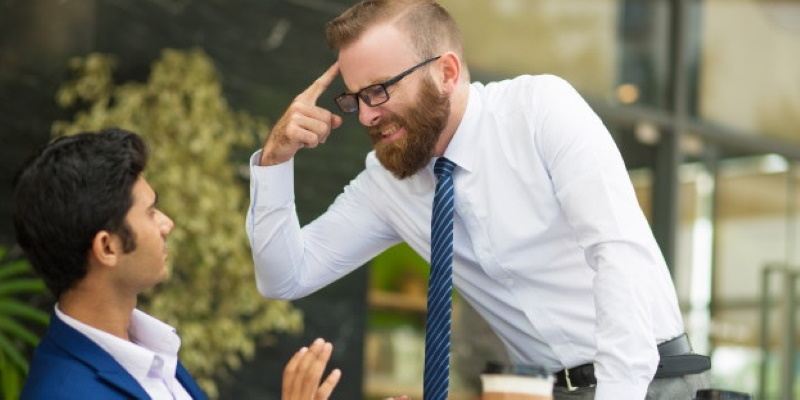 This in the hopes as we grow older into full-fledged adults, we do so gracefully. We all mature to full ripe perfection, and adjust to our particular human condition and nuances we may carry.

One theory is we’re all born with a clean slate, no residue or karma. The writing on these slates are drawn in “chalk” early in our lives, and as a result can be easily modified and rewritten.

It’s thought our true personalities, won’t be etched into stone until we’re at least 30 years old.

Then there are others who suggests the early signs of psychopathic behavior, can be revealed in children as young as two years old.

Signs Of A Psychopath

That there are certain reveals of a psychopath at this early age, such as bullying siblings or other children, abusing pets, or engaging in minor petty thievery.

There’s the nice cool calm surface appearing to be a nice person, but what’s bubbling beneath the hood is a brew of anger and deceit.

Once crossed or stressed is when the fangs come out, which reveals a glimpse of their true personality.

They first lie to themselves as they put on a brave face, as their subtle charm will seduce your weaknesses.

You would then initially be reluctant to view this person, as anything but nice. Welcome to the dark side.

The Psychopaths Among Us

Not all psychopaths are pathological. What they do is blend it in with their personality and society. So if an individual is passive aggressive, then that’s how they’ll react to spew their venom.

The standard clinical definition of a psychopath, is someone who intentionally commits acts that harm others. From emotional to physical, while showing no remorse.

They’re incapable of showing any type of empathy once challenged, or when they engage in impulsive behavior. All while manipulating others to get their way.

What they do is hide their pain well, as they could of been victims of bullying or abuse themselves. So they have a silent agenda to seek revenge on those who harmed them.

They are scattered among us. They could be sitting right beside you having lunch, they could be committing cyber crime.

Hollywood and the media for shock value, as usual, will paint excessive profiles. Such as all psychopaths and sociopaths are deranged introverts who hides in their moms basement.

But the spectrum of their personalities are wide and deep. They come from all walks of life, and will express their wrath differently.

Most psychopaths are classified as having antisocial personality disorder, which stems from a variety of genetic along with environmental factors.

As a result, they’re always not easy to spot. They’re often likable, this however only initially until their fangs come out.

Over time as you get to know them, what they do is expose their true nature, as they display signs of entitled behavior.

Wow Are You Ever Charming

Most psychopaths are charming and well liked by many. They come across as delightful personable people in the short-term, who’s great at making conversation, as they’re refined at small talk.

Their seemingly easy personality draws people to them. At times they’re great listeners while having interesting stories to tell.

What their convincing persona and yarn does, is portrays them in a favorable believable light.

Most will walk away from having conversations with a psychopath, feeling enlightened.

Can Show No Remorse

Then their dark shadows begin to appear. Traits include an absolute lack of guilt, which is usually the first red flag, which signals something is just not right with that person.

What they’re not capable of, is feeling any type of genuine guilt towards anyone.

They won’t accept any type of responsibility, for hurting the feelings of people they torment, especially those who cares about or loves them.

What they do instead, is blame everyone but themselves, while avoiding any type of remorse. What a psychopath may say, is their target deserved to be treated poorly.

Or, they’ll just shrug it off, ignore, clam up, or dismiss they’ve offended someone. This by saying, “She’s too sensitive,” or “He just can’t handle the truth,” which just feeds their ego.

They Can Become Arrogant

Initially, they’re usually nice and pleasant to talk to. But once you cross the line, flick their “switch” is when the insanity comes out. What psychopaths have is an inflated sense of importance.

Similar to narcissists, what they think is all the usual rules don’t apply to them, while consciously knowing they’re wrong.

What they have are grandiose ideas about who they are, or what their potential is.

They believe they deserve accolades, that they’re always right and convinced they’re the best in everything they attempt to do.

Can Be Big Risk Takers

The polar end of the fully blown and exposed psychopath, is they can have little regard for safety. This especially when it comes to others.

The passive ones will steal, cheat, and lie to themselves, while the aggressive ones do so to others. This behavior either way, can become extremely toxic.

Not all psychopaths will engage in illegal activity, but those who do will plan their crimes in advance, taking a crafty calculated approach.

Their misconduct, either internally or externally, is usually well-organized, and they’ll leave a few clues behind.

The intelligent psychopaths can be great con artists, while the passive dull ones just emotionally hurt others or themselves, while being in denial.

They Are Expert Manipulators

What they don’t do is feel any type of genuine emotion or empathy toward anyone. This could be their parents, friends, spouse, coworkers and even their children.

What they can do well however, is read and mimic the emotions of others and become a chameleon to fit in. They come across as being genuine, until they’re exposed.

As a result, those who knows a psychopath, such as someone they love, have no idea how they’ll react in certain situations, or if they’re even capable of caring.

What psychopaths are really good at, is reading and then manipulating the emotions in the short term. Once they’re questioned, they’ll either ignore, move on or get angry.

They’ll subtly flatter effectively, as they’re gifted in the art of the gab. They’re capable of gaining sympathy to get what they want, and then will clam up or pounce.

The profile of the psychopaths among us has a wide range, so be aware as they can set up a web of deceit around you.

How The Body Benefits Once You Start To Exercise