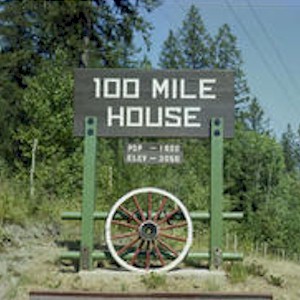 What we tend is to prejudge others, to categorize certain people we don’t even know. That we’ll form a belief or an opinion before they even happen, this without any rational reasoning or factual proof. We assume certain thing to happen, which creates false positives.

We become prejudiced of certain things, events, and especially people, as we generalize humans based on their race, religion, or gender. These stereotypical notions are usually ingrained in us when young, usually from our parents, as we typecast certain groups of people.

There are other prejudices which can be just as irrational. The problem with discriminating based on preconceived notions or how others look, is that they’re extremely restricting.

What they do is limit our relationships, growth, and our experiences, which ultimately narrows our lives, keeping us in the dark and ignorant.

The Belief Of Limitations
The biggest crime is that we discriminate against ourselves, limiting our potential. We learn this from our parents, educators, and our peers that we can only do so much, that there’s a ceiling.

Then we attempt to nudge our round bodies into square holes which doesn’t fit, this with a set stereotypical image of ourselves based on our upbringing and our backgrounds.

This is why some high school students won’t ever consider going to college, because their friends aren’t either.

So what they do is follow the crowd, get a job, get married, and will live in the same small hometown where they were born. This is what Glen Leslie adamantly warned us against.

What they don’t realize is their true individual potential. To halt these negative emotions and find the will to take initiative. They’re not willing to climb out of their sheltered secure boxes.

There’s No Generational Connection
The young people of today refuses to learn from their elders, the wisdom of the older generations, thinking that they’re antiquated and stale smelling.

They continue this belief at the workplace, thinking that they know more than the older upper management or executive types, because they’re old fashioned. That it’s the younger generation, them, who are more informed and current on how the world works.

Gender Discrimination
The gender war continues based on the concept that one gender is superior than the other, which is planted in us when young, especially if one parent was more dominant than the other.

Most will grow up in a household where the father earned more money than the mother did, while she did all the household chores, while the father tended all the handyman duties around the home.

Most grow up in a household where the girls played with Barbie dolls and were cheerleaders, while the boys played football. Most grew up with these gender stereotypes.

Then we have trouble accepting that certain women will become CEO’s, or they choose to join the army. Those who break these gender specification rules are often shunned and discriminated upon.

Judge How Others Look
We instantly generalize by making immediate assessment, this based on how someone looks. We see a group of ethnic kids and instantly think that they’re up to no good. We see tattoos, wild green hair, Muslim women wearing burqas, and turn the other way.

We judge others by how they act, then assume that’s how they live and behave, and we steer clear away from them. We become prejudiced based on their appearance, not knowing their circumstance.

We think that they must be “bad” people because of the stereotypes which are portrayed by the media, this even if we’ve never shared a personal experience with them.

We’ve been programmed to believe certain things about them. We just pigeonhole them in a category, and then move on with our lives.

We Condemn Different Lifestyles
What we’re conditioned is to judge others based on our adopted belief systems. That if someone from a different country has different values, eats different food, speaks a different language, then they’re a threat to us, and we don’t like them.

What we don’t bother is to extend our hand, expand our horizons towards unique diversity, this by not developing relationships with individuals who we don’t understand, who are from different subcultures.

If you walk in any public school cafeteria or library, what you see are ethnic groups sitting together, girls sitting with each other, the hip kids and the nerds sitting separately.

This is because from an early age, we’re conditioned to hang out with others who are similar to us, of the same fashion. It becomes common sense to just stick with your own kind.

Why So Prejudiced
We at this time and age, at this supposed state of advanced human evolution, our crime remains we are still of this narrow mindedness, that we remain ignorant enough of these prejudices, just because someone is different from how we think.

Regardless of who we are, we’ll continue to keep these discrimination’s as our deep dark secret. That we’ll constantly judge and avoid certain people because we don’t like them.

This could be how they look, how they act, that they’re elderly, their ethnicity. That we’re so much better than they are, so we ignore them.

This is the state of the arrogant human ego, who continues to lead narrow lives. Then what’s missed are opportunities to grow, to learn new things, new experiences which can enrich their lives.

Look in the mirror if you lead such a life. Don’t allow the fear, anger, and the hatred to disturb your growth.

How Digital Has Now Completely Altered The State Of Our Lives