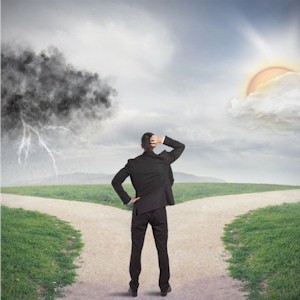 There are certain changes in our lives that we just can’t avoid, which are forced upon us, such as aging or needing to adapt to an illness which befalls us. Other changes, certain transitions occur because of the calculated decisions that we make in our lives.

These are self motivated selections to get better, more accomplished, to set goals for ourselves to reach. Regardless, change as they say in inevitable. Subtle is the clock ticking forward by just one second, is change. So the issue becomes how we handle the transition.

The aging involuntarily are forced to change their lifestyles, to move from their homes to smaller retirement dwellings or assisted senior living communities, providing them with fewer responsibilities while prolonging their lives.

Dealing With Change
Although aging is a natural progression which is unavoidable, anxiety usually increases when facing the challenges of downsizing and dealing with the maladies of a tiring body and mind.

These changes of uncertainty, exposes them to feel vulnerable, as the security of once being in control of their lives is suddenly taken away from them. Then the feeling of getting old and irrelevant captures them, realizing that they’re closer to the end then the beginning.

The results of this anxiety is irritability and becoming stubborn, this since they’re not used to this sensation of helplessness. What often happens however is adaptability, as within a short period of time within their new surroundings, they learn to adjust.

To Make Transition More Graceful
Everyone eventually faces change in their lives, either voluntarily or forced. Some are forced to expand their living style while others choose to downgrade their lives.

What we can all learn are the forced transitions that’s experienced by the aging, their reactions, and learn from them. Then we’ll know what the best solutions are for us, this because at some point in our lives, we’ll face these same decisions.

Getting married, breakups and divorces, career changes, moving to a larger or smaller home, illness, having children, having children move away, financial downturns, moving across the country or offshore, losing a loved one, are all common changes that human beings go through in their lives.

How To Deal With The Anxiety Of Change
• Begin by admitting that you feel vulnerable, a bit scared, which includes the fear of change, stress, sadness, or the excitement of anticipation.

• Become proactive in the transitional process. Those who empower themselves look for opportunities which makes things better. Victims will just sit back and stress over what will happen to them, this passively.

• Realize that the bad feelings aren’t permanent and you won’t feel this way forever. In some cases, you’ll feel optimistic or excited regarding the same circumstances, so just focus on the positives.

• Trust yourself on how you’ll react, this based on the successes of your past. Begin by asking yourself how you managed similar situations, what you did and how they turned out.

• Try to avoid obsessing too much about the future. The solutions on how you feel are usually in the present. If you’re selling your house for instance, you’re then fretting over potential offers. Instead of dwelling on these anxious moments, find ways to relieve them instead.

• When it feels like your future is dependent on what someone else does, and thus out of your control, what you’ll obsess over are the “what if” scenarios. Instead, know exactly where you are, and make that point in time the most important moment of your life.

• Take positive action so you can get back on track. Stopping certain thoughts however isn’t always that easy to do. Do something completely different, such as listening to music, go for a walk, run, or a workout.

• Eat something healthy, stretch, become mindful of your environment while breathing deeply. Read something short and inspirational, which should alter your mindset towards a better direction or mood.

• Never allow your anxious mind to hijack your thoughts in a negative way. Stop it and find something that you can be grateful for. Believe that things will work out, this by always thinking positive thoughts.

• Asking for help once you’re vulnerable usually works better than becoming angry, irritable, or critical, which forces people away from you. So be aware that you’re spreading negative energy to others once you become fearful or obsessed.

• You’ll find that you can easily reduce your fears and stress by seeking assistance from others, or by helping someone else get over their issues. Begin by getting yourself out of your rut first.

• At times, our minds will race out of control like a runaway train. Once you learn to quiet it down, what you’ll always encounter is a decision that you should by making.

Transitioning From The Fear Of Change
If the fear becomes too much, that can be a sign that you may need outside help. At times, these feelings of distress can be triggered by chronic stress, which prevents you from recovering once things settle down.

Anxiety usually makes it more difficult to move on and accept change. Although change can be good, no “one” change is ever going to fix everything. When times become uncertain, what we usually think of is that there’s just one solution.

Once you realize that the best thing to do is the one which suits everyone concerned, a favorable outcome for all involved, this rather than a single self centered decision, then you’ll know that’s the best action to take.

The best possible outcome may not be what you expected or wanted, but ultimately, it should bring forward positive results that you may of never thought of.