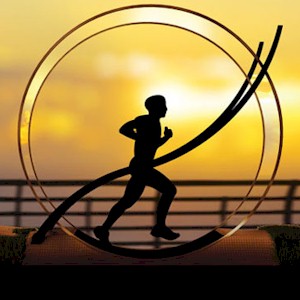 We all live in our own bubble, so there’s a lot that goes into focusing and redirecting on our strengths. It’s survival of the fittest in the concrete jungle, and what will ultimately set you apart is standing out, standing apart in the competitive environment that we live in.

The idea that you should be playing to your strengths while ignoring your weaknesses however, can prove to be detrimental, this when attempting to reach your potential. What you first need is to place all of your qualities on the table to see what you’ve got.

Choosing to ignore your bad habits and all your vices may help you feel better initially, but this avoidance tends to catch up to you eventually, and may even bite you when you’re least expecting it.

When you fail to address the unproductive or the unhealthy habits that you have, this in favor of just your good habits, then you’ll eventually become static.

So despite your best efforts and dedicated hard work, these bad habits will eventually hold you back. These issues are of the emotional, cognitive, and behavioral type, that many choose to ignore.

Some detest change, they struggle in self-pity, resent the success of others, while not learning from their own mistakes. These are those who’ll continue to fail, this since they refuse to address what’s holding them back.

Avoid Self-Sabotaging Yourself
Even if 90% percent of your habits are positive, it’s always the few bad ones which holds you back, much like a hamster running on a wheel getting nowhere fast.

So despite all of the energy that you’re exerting, thinking that it’s for a good reason, you’ll continue to spin your wheels, and will never move forward accomplishing anything.

What you’ll never do is outrun your bad habits that you’re trying to ignore or hide, but instead will just exhaust yourself out.

Then you begin to question yourself, why you’re not getting ahead in life, improving, not reaching your goals to higher levels of success.

Continuously Spinning Your Wheels
Imagine someone who’s dedicated their life going to the gym on a daily basis, working out their body to get fit. They pride themselves on the fact that they’re sticking to their regimen, even on those difficult days when they don’t feel like exercising.

This individual is consistent, and appears completely committed to their routine while working hard at it, feeling extremely pleased with themselves. They’ve made a commitment to getting healthy.

But after several months, they’re not seeing the results they hoped for. So they wonder if they’re doomed to ever getting fit, that there’s something wrong with their metabolism.

What they begin to believe, to assume, is that their body will never change to how they want it to. This because even with all of the sweat equity and effort that they’re putting in, they’re getting no results.

Detrimental To Oneself
Despite all of the hard work exercising, what this person refuses to do however, is change their diet. In fact, what they’re doing is rewarding themselves after their workouts for exercising so hard.

So what they do is stop at the local fast food restaurant for a burger on their way home from the gym. This person thinks that they deserve a treat, this for all the hard exercise they’ve done, so they indulge in a late night snack.

Although this individual is completely dedicated on going to the gym to get fit, what they choose to ignore is the fact that it’s their poor eating habits, which is undermining all their good workout efforts, resulting in they not getting fit.

One Step Forward Two Steps Back
This is what the majority of us do in our daily lives. What we do is choose to focus so intently on the things that we’re doing right, that we often overlook the things that’s sabotaging these good intentions.

Begin by ignoring all of the mainstream advice that you always hear, such as, “Just focus on all of your strengths,” or “Just focus on the positives,” as doing so won’t take you anywhere fast.

To reach your goals, what you need to do is identify and address all of your bad habits first, and then correct them before you can move forward.

Work Smart And Not Harder
What’s finite is our time and energy. There are only so many hours in a day and so many days to live. The best solution when it comes to living our life wisely, is knowing when to conserve or exert our energy.

This because you’ll eventually run out of steam, get tired or frustrated. So the key to reaching our potential is by working smart and not hard.

Working smarter means you addressing all those bad habits that’s holding you back. Acknowledge all of those unproductive things, all the ineffective behavior that you’re ignoring, however uncomfortable that may be.

Do so by stepping out of your comfort zone and then deciding to proactively address all of these bad habits, as doing so will increase your ability to create longer lasting permanent success.

Similar to a sports team that’s as strong as its weakest player, or a mother being as happy as her saddest child, we’re as good as our worst habit.

Strengthening our weaknesses is the only way that we can reach our potential. So just release the shackles which are holding you back, this to propel yourself fast forward.