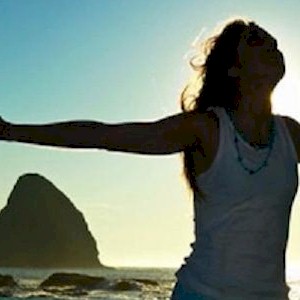 Seduction is the most powerful form on mind alteration. The proof is that most have a vague sense of being mentally seduced, having no idea of how it happened. We’re constantly bombarded with information, then feel a sense of loss, having no idea what to think.

More often, an ominous feeling prevails which narrows our field of emotional and mental sanity, leaving the impression that someone or something is flipping our master switch, that we’re no longer in charge of our own destiny. Then our path becomes darkened by negativity.

We then sense we’ve been sold a bill of goods, duped, and our ability to think for ourselves has been somewhat removed.

Mysteriously, we’re caught in a maze of uncertainty which affects us mentally, potentially leaving deep emotional scars. Incomplete hazy thoughts then clouds our thinking and we feel isolated.

Confused About This Thing Called Life
In today’s culture, it becomes easy to divert all our attention towards what society is trying to sell us, this through the media or in the marketplace.

We’re told that “Product A is superior than Product B. So Buy Right Now!” The emotional seduction factor is extremely strong, and what this frenzy does is adds pressure to an already hectic life.

What competition fosters are thoughts of “Me first” or the “Looking out for #1” protocol. We’re now conditioned to ignore helping our fellow man, along with the thoughts or practices of brotherhood.

Only personal tragedy, or if there’s a national disaster is the only time our perceptions are altered, when our attitudes and actions change. This is only for short periods of time however, until the crisis is gone.

In A Hurry To Go Nowhere
It seems that we’re always being told to go faster, to rush, to do it right now, this in most situations at home and at work. We’re constantly told we need to take on more, and that regardless of what we do, no matter how well we do it, that it’s never enough.

Time appears to have overtaken us, this to the point there’s no “me” time left, and then we end up with feelings of resentment, that we’ve been cheated somehow. We then tend to focus more on our own feelings, this rather than focusing on others or the issue itself.

Need More Me Time
Due to our busy schedules, while attempting to do too much in a sane manner, going nowhere fast, we’ve become completely desensitized to spending time alone.

What many of us have stopped is living our lives based on enduring values and principles which gives the light to grow through each day, while becoming completely seduced to paying far too much attention to things which are dictated by society.

The end result is that most have forgotten how to think for themselves, how to effectively process thoughts with feelings. What doing so has inadvertently opened the door of us be led, this rather than becoming a leader.

To Think Independently
The idea of being alone and able to think on our own is now practically foreign, especially if it doesn’t involve an issue that’s posed by some external entity which has little to do with “real” life, a place where people truly live.

Getting caught up in chaotic routine, what we experience is becoming disconnected from our true selves, beginning to doubt our faith, this because we’re unintentionally allowing someone or something to replace this faith in our lives.

Faced with erratic routines which are extreme, what the nonbelievers then experience is heightened solitude or despair, believing that another has taken charge and thus controls their destiny.

Fear then festers within the soul, which then prevents or significantly limits any form of true positive action from taking place, this to combat the negativity and confusion.

This is where time to think is willfully denied or rejected, where the dictator that is media is ever present, this to intervene by creating illusions, diversions, hype, and false hopes.

To Discourage Belief
What the media persistently challenges are the believers and nonbelievers alike, this to think and not just be entertained. What it does is stirs the public into thinking about their very essence, and their relationship with the universe.

Social media provides a forum for provocative discussion of our existence and purpose, challenging the readers to think about barriers which separates man from himself.

It would be far better if curiosity and internal motivation, along with a desire for the truth which stems from our own lives were able to prompt our thought processes, this rather than by the obvious or blatant external stimulation.

Garbage In Garbage Out
To open up these channels, we need to remove all the collective garbage that’s stored, the lies which are held as convictions. We need to open up our thought and heart channels to reconnect human synapses and universal wisdom.

To once again regain control over our lives, to be introspective and not fear our own mortality. By avoid being overly influenced with demeaning world issues.

We need to slow ourselves down to actually hear ourselves think, and begin engaging in dialog with our souls, which can uncover opportunities and resolve the solutions to our problems, including our disappointments, heartaches, and our tragedies.

These solutions to peace and sanity are waiting during our quiet moments in conversations with ourselves. So stop the seduction by taking time to think, to take back the self-control that you thought was lost.

Ways To Plan The Upcoming Week For Increased Work Productivity