I Just Don’t Care How You Feel: Why Some Have No Empathy 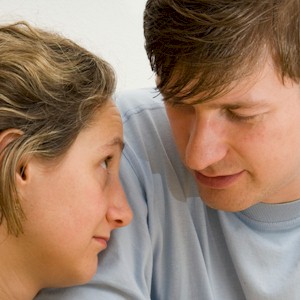 Empathy, displaying genuine care is defined as treating others according to how they react emotionally, or understanding what the emotional makeup of another person is.

Being empathetic has been identified as a base component of one’s emotional intelligence, as well as a strong indicator of success in any given profession. What empathy also does is it helps in developing deeper levels of trust from others.

But if you have poor empathy skills, it can lead towards potentially dire consequences primarily of a social level. There could be conflict based on a foundation of misunderstanding.

Without empathy, we feel alone by ourselves while coming come across as cold and isolated when in a relationship. Showing no empathy can cause businesses or governments to show a lack of misunderstanding which could potentially alienate their employees, customers, or the public by inciting confusion and aloofness.

Why Empathy Is Important
Anyone who’s in a professional position such as a doctor, for instance, who displays empathy plays a larger role in establishing a better relationship with their patients.

This can result in more satisfaction and quicker recovery since the patient may receive acute attention or better treatment, with potentially less suffering and less diagnostic mistakes.

Empathy can also be an important influence when it comes to the workplace. A recent study revealed that the display of empathy positively enhances overall job performance and morale.

The conclusion was that managers who displayed empathy were generally viewed as more sympathetic and caring, resulting in improved output and higher profits.

Why Even Display Empathy
Clinical researchers in the neuroscience field has recently found that we’re all wired to experience and display empathy through the various “mirror neurons” in our brain.

What these mirror neurons does is they reflect back actions or events which we observe in other individuals, which causes us to mimic or copy that same action in our own minds and ultimately our actions.

Once we witness someone who may be in pain, or when we’re in the company with someone who’s extremely happy, we also experience the same emotion to a certain extent.

That’s why they’re called mirror neurons, as they are the principal physiological basis when it comes to empathy. They’re able to create an invisible connection to how others around us are feeling.

The majority of individuals also appear to be naturally empathetic towards others, while some others obviously aren’t. But the good news is that empathy is something that can be learned. There are however some roadblocks which need to be overcome.

Just Pay More Attention To Others
These mirror neurons are the strongest once we see someone react emotionally. This could be a strong facial or eye expression, body language, or hand gesture.

Some will lack the complete motivation or care to pay attention to someone else, or may be too distracted or egotistical by either being buried in their own thoughts or self importance, so they fail to see things that are happening around them.

You can motivate yourself to be more empathetic towards others by better understanding the importance and be more aware of what empathy is, this at the workplace and at home.

So put down your smartphone or computer and minimize all the distractions by learning to pay more attention to your surroundings and by listening better.

Enhance your observation skills by picking up on micro-expressions such as subtle facial or eye expressions. The better attentive that you become, the more keen you’ll be in sensing another person’s emotions.

So avoid the distractions and begin practicing your nonverbal interpretation skills by understanding what others are feeling or talking about. This is best done when others become animated.

Feeling Empathy But Not Knowing How To React
Once you pick up on these subtle micro-expressions, then notice how you react non-verbally once you begin interacting with them.

You can try by asking them to give you their honest feedback regarding your non-verbal communication skills under various emotional situations. Also know the ones who you may have difficulty being empathetic with, and then find out why.

Begin to better understanding your tone of voice, pick up the clues from those who are empathetic by nature, who could be a friend, or a teacher, or even someone who’s on TV. Listen to their voice and how they express empathy.

Repeat back to yourself, “I’m so sorry that this happened to you,” several times in different voice tones. Choose which sounds the most empathetic or ask someone for feedback.

Also know that there may be certain situations where there’s no point being empathetic. For instance, if someone happens to be sending signals that they’re not interested in interacting with you whatsoever, or they don’t care to share how they’re feeling.

Knowing When Not To Be Empathetic
There are times when you won’t feel the same emotion as someone else, but you know that you need to connect with them on an intellectual level. This is what’s referred to as cognitive empathy.

There are also certain situations where you may disagree with someone but still know what they’re feeling, and the reasons why. This especially when someone is having a strong emotional reaction, and may be asking you to do something which you’re not able or wanting to do.

During these times, just listening without being judgmental is enough. Make sure that you communicate with the person as authentically as possible and tell them that you know what they’re experiencing.

Empathy Can Be Learned
Empathy is a skill to be learned and a building block when it comes to social intelligence. Ego, self absorption and self importance, stress, or not having enough time can eliminate displays of empathy.

So know and then resolve your Empathy roadblocks and then find ways to overcome them, as doing so can be a contributor towards your success, both at work and at home.

Just Expect To Be Healthy Says The Healthiest Nation On Earth

Warning Your Site Is No Longer Found On The Search Engines