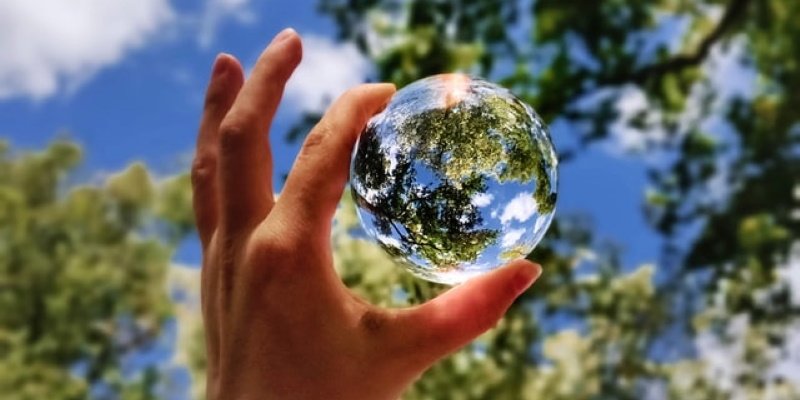 The planet earth we inhabit, this little spinning rock we are visitors on yet call home, is estimated to be at least 100 Million years old. We humans are the dominant species living on it, along with being its primary caretakers. Every human now has a life expectancy of around 81.2 years.

Humans are the alpha species over any other living creature, as we have the most developed functional logical brains on the planet.

This is because we’re capable of controlling and rationalizing, over any other living entity on this earth.

This is the basic biological footprint of our existence, as well as it being our greatest conceit.

We’re the most uniquely intelligent, superior, and display enough self awareness of ourselves to think we know what’s going on.

This to the point in our evolution, we’re mindful and arrogant enough to write and read this post, while everyone nods in agreement.

Why We’re So Superior

Residing on the surface, this belief appears well-founded as the largest part of our brains, is devoted to the neocortex.

This is the area that focuses on the development of abstract thoughts and ideas. Our god given ability and capacity to reason, use logic, and make future plans.

Not surprisingly, it’s also the seat of our consciousness.

We as humans, are acutely aware of our own existence, as well as having the sense of individual agency of displaying free will.

In the same sense, we’re also able to live in and outside of our neocortex, as we tend to think of it as being the command post of our thinking, living, our history and future.

But this perception may be part illusion and multi-dimensional.

The neocortex however, is also still a relatively new discovery on the human evolutionary scene.

How We Use Logic

The neocortex resides over the much more familiar mid-brain, or the limbic system and the ancient brain stem. Both which still plays a prominent role in shaping who we truly are.

The midbrain, is the source point where there’s complex human emotions, which helps in shaping our most critical value based judgements.

The brain stem is further visceral, as it governs instinctive social based behaviors, as well as other hard-wired type of behavioral predispositions, such as the well known “Fight or Flight” response.

What Turns Into One Thought

The expressions of our personalities, usually springs from the melding of our conscious thought, realized emotions, and subliminal based instincts.

The critical point however, is in different or varying circumstances. Any one of the various sub-brains with their own distinctive capacities, motivations, or limitations may plant itself, as being the most dominant.

The owner of this brain, may then end up not knowing or being aware of what or which part of the brain, is actually in control of their thoughts at that moment. Confusion and mental illness results.

Why Is This Not A “No Brainer?”

As intelligent human beings, we’re all aware these trends are all symptoms, and the result of excessive human demands placed on our expiring finite planet.

The thinking part of our brains know, any infinite growth on a finite entity such as our planet, is practically impossible.

Why Do We Self Destruct Ourselves

Yet, against all odds, through logic and reasoning, we’re failing ourselves.

We’ve created a global culture where the essential economic institutions such as the current banking system, to our individual pension plans, depends on perpetual material growth.

So despite the cascade of evidence, humanity is on a head-on collision course with reality.

All the major decision makers, continue to resist making the “right” changes, which are necessary to avoid catastrophe.

Wouldn’t an intelligent dominated species such as ourselves, at least be asking, given the known finite productive capacity of this planet.

Shouldn’t we be determining for instance, what’s the optimal size of the economy we can comfortably survive on?

Or how can we properly distribute the products of this optimized economy, so we can maximize human well-being, as well as happiness for everyone concerned.

The most obvious problem, is intelligence or logic isn’t the primary determinant of sociopolitical behavior.

If the best of what science has to offer, can challenge entrenched ideology or basic sacred beliefs, or the established social order. Then it can be viewed that the science is worse off.

The masses has never really wanted to know the truth. They will constantly turn their heads away, from any evidence which isn’t to their taste, as they prefer to deify error.

When political power, social status or national pride comes into question, emotional as well as survival instincts will usually kick in over intelligent analysis.

The rise as well as the fall of cultures around the world, has always been determined by human passion and emotion, and not by the truth or reasoning.

This appears when we’re in times of crisis, or if we’re defending our status quo.

The traditional known subliminal urgings of our mid brain along with the brain stem, usually overrides the reasoning and the deliberations of the neocortex.

What all this suggests, is humanity’s basic sustained behavior is partly rooted in human nature. A conclusion which is strongly supported by current findings in cognitive science.

Researchers has been able to identify a specific neural mechanism, which further explains why it’s difficult for us humans to break away from our entrenched beliefs or behavioral patterns.

But then, that’s a completely different issue.