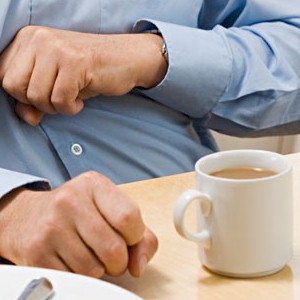 We simply get hungry because we lack nourishment as our stomachs become empty. Children are known to become malnourished if they’re not given the proper or right amount of food which contains the essential vitamins and minerals, which in turn makes their bodies strong and healthy.

But the fact is that not all of foods are created equal, all the foods that we eat aren’t always exactly healthy. The most popular of these foods are in the “junk food,” category, which are also extremely seductive and tasty.

Just the word junk itself suggests that it’s bad, that it’s inferior, which means that it adds no value to our stomachs. But we’re all guilty, as is everyone else, and become prone to patronizing these types of food on occasion.

The Choice Of Foods To Eat
The individuals who are diagnosed with certain diseases are often given a grocery list of the foods by their dietitian which they should be avoiding. This is also true if someone happens to have acid reflux.

Acid reflux, also known as GERD is a health condition where the acids in the stomach goes back into the esophagus, which is caused by the improper functioning of what’s known as lower esophageal sphincter.

If this condition isn’t treated properly, it’ll just get worse which can lead towards chronic health related complications.

How To Know If You Have Acid Reflux
You can tell whether if you have acid reflux or not if you happen to experience symptoms such as a sour taste in your mouth, a burning sensation in the chest or the upper abdomen.

If you frequently experience any or most of these symptoms, chances are you most likely have acid reflux. It’s then advised that you visit your doctor or health practitioner to get accurate diagnosis, this so that you’ll know how severe your condition is.

The Foods Which Causes Acid Reflux
There are a group of certain foods along with beverages which are identified to cause acid reflux, this includes:

Changing Your Diet
It can be as simple as just making a change in your diet which may be the most effective way to reducing or dealing with acid reflux. Although initially, you’ll most likely at first feel deprived of these types of foods, what you need to realize are the consequences, what may happen if you continue to eat or drink them.

You can begin by making a change in your diet by keeping a record of which foods you eat. Once you do this, then you can tell and track which of them are most likely causing the problem. So every time that you begin experiencing that burning sensation, take a note of what you ate regardless of what it was. Once you’ve compiled a list, then keep it for future reference.

Altering What You Eat
Although a complete lifestyle change may prove to be rather difficult, your health practitioner can greatly assist you in making your transition. The initial thing which you should be doing is setting a goal, such as deciding to eat smaller more healthier meals.

Make sure that you keep track and especially avoid your list of offending foods. Also begin slowly while avoiding smoking and drinking excessively. The key being you shouldn’t make any abrupt changes.

How To Avoid Acid Reflux
Every time that you begin to feel the symptoms of acid reflux, you should be instantly reminding yourself that you’re not eating the right foods, and you need to change your path. Exercising discipline becomes important in attaining a long term successful lifestyle change.

While there are many who choose to take antacid tablets, some are finding that it’s much more effective to do it naturally. In the long run, experts have found that antacid products aren’t really that good for your body, especially for the stomach. You would be better off to just begin altering your lifestyle by eating healthier.

Besides adopting a healthier lifestyle, as doing so won’t only prevent acid reflux, but it prevents other diseases as well. You’ll gain a lot of benefits in just changing your food eating habits.

Knowing The Signs Of Acid Reflux
Acid Reflux, the more familiar term is heartburn, which is an actual disease is created by an imbalance of the chemical makeup in the body. The attack which is acid reflux occurs in the esophagus when it’s supposed to remain in the stomach area.

Acid indigestion will affect adults, children and infants, so knowing all of its symptoms and prevention becomes necessary.

Diets To Avoid Acid Reflux
What you may be wondering is what the best diet solutions to observe are to avoid acid reflux. The most effective, which your mom may of told you, is that drinking milk can be a quick cure and known to definitely work.

The meals which you should be consuming should be rich in complex carbohydrates. What this includes are staples such as brown rice, whole wheat bread, and pasta, as what they’ll do is naturally absorb the excessive acid in the stomach, keeping it calm.

Revealed The Reasons Why Women Want To Change Their Partner

Using Ancient Healing Arts To Purify Your Energy And Health