Using Ancient Healing Arts To Purify Your Energy And Health 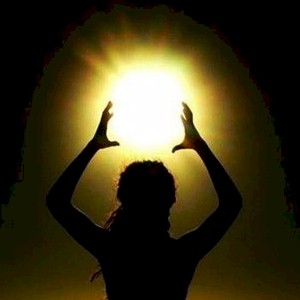 Traditional Eastern based healers have always held the belief that the body is continuously energetic, and that the compounds of the body which is flesh and blood that comprises of “us,” is innervated by an invisible membrane.

It’s believed that there’s a fiber network which is an energetic blueprint that outlines the physical body. The driver, the director of this creative vehicle is what we choose to think. What our thoughts does is it creates the energy which manifests into matter, determining the fate of our body.

Many believe that this is the idea of energy transfer to matter manifestation, that what this energetic support does is it surrounds the body. Most have heard or are aware of the “aura,” which is referred to as this energy band.

Similarly, healing on an energetic level to these Eastern healers occur when the chi is purified and cleansed. It’s in this state that the body is thought to be more inclined to be free from disease.

So to proceed forward, the steps to be followed are how one can cleanse their chi to purity. This can be achieved using the following methods.

Methods Of Chi Cleansing
The Art Of Meditation
To those that don’t meditate, they wonder what exactly meditation does to the mind. What meditation does is it propels you forward to a deeper level of spirituality, which challenges you to be more open to your mind subconsciously.

When in this state you can then move out all the mental “debris” which clears the way towards an image of health, wellness, and peace. Practicing meditation has actually allowed those who were once ill to become well again this based on documented reports. It’s known to of helped in healing major diseases and seemingly terminal illnesses.

You may wonder what then is the best ways to meditate. It’s found that the attempt is getting to the root of the subconscious, so there’s no one right way but rather many ways of achieving it.

What matters more is embracing the meditation process and learning to practice it daily to fine tune it for precision. It can be as easy as sitting quietly alone, and then following precise breathing methods.

What this does is it removes focus from your immediate thoughts, and then places the focus into the interior vastness of yourself and your healing energy core.

Reiki The Energy Known As The Healing Touch
Reiki, another Eastern method, is considered more of a modality than it is an experience. Although the end result of Reiki is different and unique for all individuals, what most will report is the feeling of deeper physical as well as mental relaxation before, during and after the treatment.

Reiki is administered by practitioners through a light touch by the hands directly on the various targeted body points. During the treatment process, the recipient will rest in a reclined position to receive the therapy.

The effects of Reiki through its extremely powerful universal energy accelerates the healing of injury, disease and discomfort. It also promotes the healing of various spiritual and emotional issues as well. After a session, there are many who report a heightened awareness of new focused thoughts and understanding.

A Reiki practitioner needs to be initially trained by a Reiki Master to learn how to channel the healing energy of the universe, as well as unlocking their individual energetic power. Once this is done, then the practitioner can perform Reiki on oneself and others.

The Healing Form Which Is Known As Qigong
Qigong, which is pronounced as “chee gung, is a practice which is considered as a healing system and a form of exercise. This an orginal ancient Chinese art form of healthcare which focuses on the chi or Qi, which means breath and energy, and gong, which means exercise.

The history of Qigong dates back thousands of years, and is the foundation of other martial arts including Tai-Chi, which combines the two disciplines creating what the masters refer to as moving meditation.

The benefits of practicing Qigong are usually associated with the balancing of the body, the mind and the spirit. It’s been known to increase immune functionality while decreasing blood pressure.

Also, Qigong is known to help eliminate chronic pain while reducing stress. It does so by breaking up the blockages of energy which surrounds the body.

Qigong entails a slow and controlled stretching type of movement which allows participants to connect to their inner source. It reaches this through deep breathing along with guided controlled breath work.

Since each person’s experience is unique, everyone then needs to trust their own body when using this process. When performing Qigong, what you need to do is seek your own unique balance.

Since its foundation is based on the regulation of breathing, attention is also placed on proper posture and the relaxation of the mind. Because of its proven effectiveness, Qigong has actually become a low-cost effective healthcare strategy in China.

Self Care Based On Traditional Methods
Regardless of whichever method that you choose to adopt when it comes to the practice of chi, what’s undeniably been proven true is that deep breathing combined with relaxation helps in bringing you balance and peace.

So by using either meditation, Reiki, or Qigong, or a combination of these art forms, you can effectively stimulate the body to naturally connect to your inner energy and nature, which purifies your state of mind.