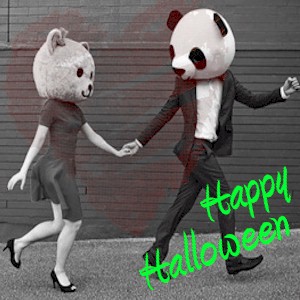 There’s a distinct difference in mind culture when it comes to the thinking process between men and women, as there’s obvious gaps in some areas, different angles on how women and men will approach the same circumstances.

Especially when it comes to their own relationship since they both have completely different viewpoints and conditions. It remains a mystery especially for men on what a woman is really wanting in a relationship, what she’s seeking for her to be happy, or happier.

Women have more of an idealistic view of the relationship and thus the reason why they want their partner to change, to adapt to the times. Changes of various degrees do occur daily but rarely do they affect anyone.

Men will generally refuse to adapt, they have a belief concept that if their lady friend loves them, then they’ll accept them as who they are, flaws and all. If not, then realize that men would just rather change girlfriends.

The Storied Expectations
Those who are in relationships will often have strong expectations that their new or existing partner are exactly what they want. You’ll need to realize that once you meet someone, that what you’re expecting is a long happy relationship, but after a while, it’s found that the girl will always try to change the boy.

When you first met her, you thought she was perfect for you in every way, in every sense of the word. However, after a while of discovery, what she attempts to do is mold you, make you to be like the ideal person that she has in her dreams, her fantasy.

Those who attempt to change someone else in a relationship will initially try to make that person, their partner to be something that they’re not, someone they’re not capable of being, this when in the attempts to formulate the perfect mate.

Nevertheless, what’s not realized is that the perfect mate doesn’t exist. Attempting to change someone is a sign, perhaps a “red flag” of strong possession, to have and hold someone so strongly that they’re able to actually change someones behavior.

Who Me Change?
Change isn’t always a bad thing to try to induce, at times, the partner just lacks a few or certain social graces which needs to be altered. But know that change should always be mutual, a two way street of agreement, otherwise all that you’re doing is attempting to control the other person.

However, women will always appear that they want to change their partner somehow, to someone who they think that they’re in love with. Even if they know or realize that men don’t or can change easily, yet women will try anyway. This occurs because it’s found that most women will enter into relationships with false unrealistic ideals.

Also, it’s not quite understood to women why guys like to go out to the sports bar with their male friends, even if they know it’s a form of bonding and relaxation, they rather consider that “time” should be for them, or for their families to spend together.

I’m Just Looking Thank You
What also happens is that your lady friend catches you staring at another woman who may be sitting nearby or passing down the street. She’ll instantly get angry and will tell you to stop this behavior and change.

It’s found that this happens because women are inherently more jealous of their peers, and fail to understand that men like to just admire the opposite sex, and it’s not necessarily with the intention of dumping her to be with that person.

Just The Way You Are
What women should adopt is learning to love their partner and all his faults, as doing so is found that it’ll save them of a lot of grief and heartache for a long-term relationship.

This the main reason why there’s so many separations. The majority of women will attempt to change their man, as you’ll rarely hear women complimenting them with her girlfriends, but instead, they’ll compete and compare to see who has the worst man.

Why Never Ever Be Satisfied
So you’ve been in this relationship for a while, you want to make it last, so when she requests that you change a bit, you do. You’ve actually changed yourself quite a lot, but then, she’ll still find new faults, new things that she doesn’t like about you, and wants you to change them as well.

Then it becomes a merry go around, it’s never enough. You wonder what now, what’s next. Men usually have a difficult time and thus cannot change that easily. Some will agree to change themselves only if they’re provoked or motivated to do so.

The Strength Of A Relationship
However, if your relationship is strong enough, then she wouldn’t ask you to change. What it takes is maturity and understanding from the woman to realize that she’ll never be able to change the person to exactly who she wants him to be.

To have success, longevity with your relationship, what must be accepted and respected are the differences which exists between the both of you. You have your own issues, but if there’s any form of true love, you’ll attempt to complement each other instead.

The Difference Between Cats And Dogs
It’s been established that there are differences between men and women, yet the most frequent complaint that men have when it comes to a woman remains that they’re trying to change them.

The biggest complaint that women have about men is that those idiotic bozos never listen. Realize that women values love, communication, beauty, and relationships, while men are usually more interested in objects rather than feelings.