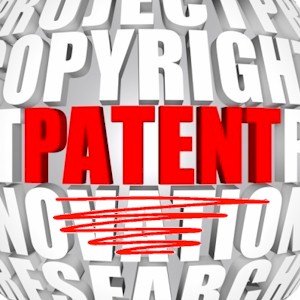 It can initially be a bit confusing whether you actually even need a patent or not for your new sparkling world altering invention. So if you’re a new inventor and feel that you’ve come up with something that’s revolutionary for the better, a new mouse trap of sorts, then decide whether you need an actual patent or not.

The initial question that’s usually asked is what is a patent in the first place. A patent is considered a form of intellectual property which you own that you’ve developed, improved, or invented.

This then rewards the individual or concern who owns the rights or have developed a brand new and/or a non-obvious: process or a method, new machinery, an article of manufacture, or a never seen before composition of matter.

Then what you get in return for the complete disclosure of the invention, which includes how to practice the invention is a “legal monopoly” on the said invention that’s granted to the inventor or manufacturer for a specific period of time.

What Exactly Is “Patent Pending”
Once a patent application has been prepared and filed, and then prior to issuance of a patent, the invention in the meantime can be marked as “patent pending,” or a “patent applied for,” which temporarily protects the product.

While there’s no actual legal significance and doesn’t grant the inventor(s) any legal rights, the designation will tend to discourage others from “copying” the invention model since a patent may be issued, thus granting the legal monopoly to the original inventor or inventors.

The Two Different Types Of Patents
There are two distinct types of patents which are typically of interest to the inventors applying for them, they are a “design patent” and an “utility patent.”

What a design patent does is it protects the aesthetics or the appearance of the said invention, and has limited legal monopoly when compared to an utility patent, which protects the “function” or operation of the invention.

How Long Does Patents Legally Protect The Inventor
The period of legal monopoly which is granted for an utility patent is 20 years from the date of the utility patent application. The legal rights, however, don’t begin until the actual patent is issued.

The period of legal monopoly which is granted for a design patent is 14 years from the date of issue with the same stipulations.

The Maintenance Fees Which Are Involved
Utility patents will require a maintenance fee every: 3.5, 7.5, and 11.5 years following its issuance, this to maintain the patent in force. Design patents don’t require any maintenance fees.

Should Inventions Be Kept Secret
The inventor should remain extremely careful to maintain proprietary over their invention until the firm advice of a licensed patent attorney or agent is sought.

This because of the various foreign countries in which the inventor may decide to seek patent protection, that there’s an “absolute novelty” requirement.

What this refers to is that if the invention happens to be publicly disclosed, which means disclosed to individuals in a non-confidential manner, this prior to the effective filing date of the patent in that particular country, then the validity of the potentially issued patent in that country could be challenged at a later date.

What these countries will allow is inventors to claim foreign priority based on the date of the first initial filed patent application in any of its member countries.

Since the United States and Canada are members of the International Convention, they both grant such priority that’s based on a foreign patent application.

What these are referred to are “statutory bars,” and if the one year period expires without filing the US Patent Application, the inventor is then not permitted to file a patent application in the US.

Foreign priority or the priority of a provisional patent application can then be used to predate the expiration of the 1 year period, if this is applicable.

What Is A Provisional Patent Application
Provisional patent applications can be filed in the US which provides a disclosure or description of the invention, but doesn’t have the formal requirements of a utility patent.