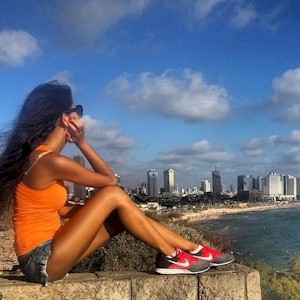 This is engrained into your mindset, an angst which keeps you isolated, this rage, the turmoil that you feel long after you’ve separated from your partner. Since you feel this betrayal by someone that you’ve once loved, relied on their trust, now you feel afraid.

You’re frightened because of your uncertainty. As the years, then at times the decades roll by, you still remain reluctant to let go. You resist moving forward, not because you don’t want to detach yourself from that person, but because you choose to suffer.

But then it’s also not because you enjoy taking bizarre twisted masochistic pleasure in the depths of suffering either, this by constantly reminding yourself that you’re the one who’s been done wrong, been taken advantage of, or been cheated on.

Although you may find comfort in wrapping yourself around the pain and the agony, much like you would an old blanket, you’re still unwilling to let yourself go.

Not Getting Over It
What’s more vicious is choosing to remain angry, with the feeling of being done in or done wrong, which can be your way, your solution to taking revenge.

This by showing or proving to that person how deeply they’ve hurt you, this because of their unacceptable or obnoxious behavior.

In order to move forward in your life, you may eventually need to somehow forgive that person, this in the attempts to evolve, so you can finally say, “Well, I’m doing better now, I’ve gotten over it, so I guess your cheating didn’t hurt me as much as you think it did.”

Then there’s that fantasy where, you’re thinking that if you do hang on to your rage, this by choosing to endure the suffering, that the one who did you wrong will eventually see the light.

That they’ll realize how much they were wrong, how much they hurt you, and will begin to feel regret, and perhaps, hopefully, feel worse than how they made you feel.

This is an extremely powerful and a comforting thought, but it remains a fantasy. It’s something that’s hopeful, imagined, but rarely comes to fruition.

If that person hasn’t gotten over you yet, then they most likely never will. But what’s more likely is that they’ve moved on, that they no longer think or care about you any longer.

Letting It Go
There are some who may feel afraid to let go of this burning anger furnace, the reason being, in an odd and bizarre way, it keeps them emotionally connected to that person who hurt them.

Anger is a fierce form of intense attachment to someone or something, this albeit being a negative attachment. This anger is similar to love, which is it’s polar opposite when it comes to emotional investment.

What both forms of these diverse emotional intensities do is it keeps you close to the person for different reasons. This is the reason why there are so many couples who are legally divorced on paper, but are not able to be divorced emotionally.

The biggest indicator of this attachment is when you get a sensation in the pit of your stomach, or you hold your breath, this at the mention of their name.

Or when you’re talking to them on the phone, of if they’re in the next room, you feel your blood beginning to boil, which means that you’re still emotionally attached to them.

The Need To Detach Yourself
What detaching can provoke is extreme anxiety which also requires enormous courage. Whenever you let go of your suffering, that doesn’t necessarily mean that you’ve forgiven.

What you’re doing however is allowing light back into your life, then often, odd yet wonderful things may begin to happen.

There may also be temporarily bouts of anxiety as it remains a bumpy road, along with a sense of feeling homesick with every step that you take moving forward.

The reason for this is because by making positive progressive steps, this on your own behalf, what you’re doing is emotionally taking steps away from that relationship, which was officially terminated long ago anyways.

Once you leave the anger behind, what you’re giving up is the hope that the person who harmed you will feel some type of remorse, see things the same way you do.

That they’ll eventually come back to you begging for their forgiveness, pleading that you give them another chance. It’s just best to leave that behind.

This also isn’t to suggest, that you need to hold on to your anger because you’re consciously wanting to show that person how much they’ve totally screwed up both of your lives.

These feelings are also at times out of your control, as it’s impossible for you to decide one day that, “I think this is a good time for me to just let it all go, all of this anger and suffering that I feel.”

Anger Is The Dagger
What we rely on when it comes to feeling anger, is to preserve the dignity along with the integrity of ourselves. Anger should never be considered as a negative or a bad emotion, as what it takes is extreme courage to acknowledge and then release it.

It also takes just as much courage to free oneself from the corrosive effects of living with the bitterness for too long, which is also a challenge which includes forgiveness, but doesn’t necessarily require it.

What’s apparently clear is that there’s nothing ever served by ruminating about all the terrible things that anyone has ever done to you, while you remain miserable in the process. All this while the person who’s harmed you, may be enjoying themselves at the beach somewhere.

How Men And Women React Differently When Using Social Media

Building Up Your Self-Esteem Because You're Not That Great