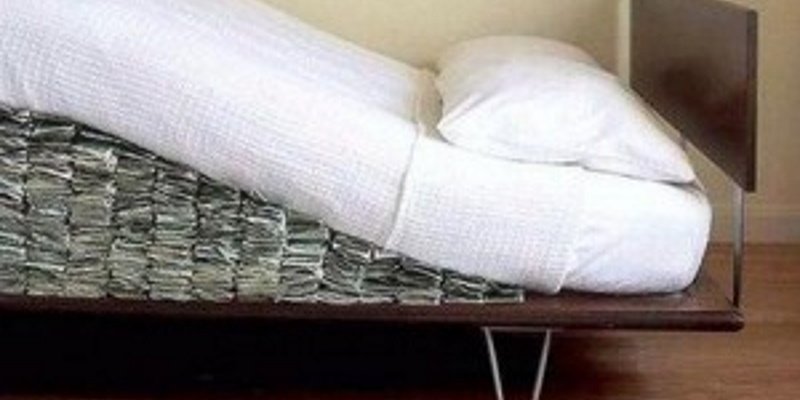 There was once a famous entrepreneur, a well known businessman of lore who when first starting out, admitted he was willing to do and pay whatever it took to gain, attain financial success. He sacrificed enjoyment in life, because making money to him was a higher priority.

This individual ended up a millionaire many times over, as he dwelled back to how he lived his life.

After his working life was over, in his older years, he came to feel remorse in regards to the life priorities he originally set out as a younger man.

In fact, he wrote in his memoirs: “I hate as well as regret the failures of my marriages, amongst other choices.”

“Looking back, I would gladly give up some of the millions I made, for just one successful and lasting relationship.”

Near the end of this gentleman’s life, with all of the prestige along with the massive amounts of wealth he accumulated, it meant very little to him, and felt was practically worthless.

Once we reach older age, that’s when we’ll reflect back on our lives, and look at the choices we’ve made.

All the experiences, the successes and failures, the sacrifices and the crossroads the ones which were painful.

For most, what ultimately mattered to them was not the money that they’ve accumulated, but rather the lifelong friendships they were able to bond.

So despite this particular man’s many accomplishments, and there were many, he died full of regret on his mattress made of money.

The Story Of Your Life>/h2>
It may also become a regretful remembrance once you reflect back on your life.

It’s a rather cautionary tale for those who may of chosen to make a successful career their highest priority, and nothing else really mattered.

To make this strict sacrifice, you’ve relegated potential true loving relationships and friendships, and then issued them towards a lower priority status.

It’s at our own peril we all decide to neglect our relationships.

We don’t know what love really is by throwing them the scraps of whatever emotion is left over, after we’ve exhausted our best energy and efforts towards the pursuit of money.

Many of us have burnt our lives at the workplace. You decide to place your loved ones on the back burner, when it becomes too late.

The Patience Of The Unloved
Our partners and our kids may be patient during these times of wealth accumulation.

The years however turn into decades when we have our noses firmly planted in the rat race, attempting to build a strong and noble financial foundation.

Even through all the difficult and trying of times, and certainly there are many, most fail to pay attention to the needs of properly maintaining our relationships.

Doing so pretty much guarantees there will be breakdowns in communication and dysfunction, which increases the likelihood of separation or divorce.

It’s been proven even the strongest of relationships can and will eventually erode, and at times become irreversible if adequate care and attention isn’t provided.

Like any other living organism in life, any relationship requires ongoing nurturing, caring and dedicated attention in order for it to grow and thrive.

While tolerance is possible for brief periods of neglect, when in times of crisis, that’s the rare occurrences when the foundation is mutually solid.

The Marital Bliss-less
For those who are experts and comments on marital interaction, they have all stated the primary failure of relationships, is neglect.

This other than any other conflict such as being unfaithful, which may be a consequence.

The strongest of marriages will even have their periods of irreconcilable differences, which on occasion needs to be addressed, and often not resolved.

The act of constantly addressing as well as acknowledging them respectfully is a bonding act which can strengthen the marital union, even if there’s no true resolution.

Once we fail to bring affection in its various forms to our relationships, the risks which are exposed is far greater than realized.

At times, if we see the end of a relationship nearing, before it becomes too late, if we’re able and willing to act quick enough, we can place a stop to it.

Then not only can we potentially save our relationships, but we can also restore it to a higher degree of integrity.

The majority of us has personally experienced how these types of crises can potentially make our relationships stronger.

Knowing where the exact turning points of a relationship falling apart are, pinpointing where they’ve become fractured, and then correcting them.

Keeping The Focus
In our hyper and quickly accelerating materialistic culture we live in, it’s easy to just drive ourselves off the road, by becoming easily distracted by temptation.

Most of us may become too easily lost in our own obsessive quest for more happiness and security, and believe what materialistic success is the ultimate end game.

But avoiding all of the pitfalls such as proper orientation which requires great clarity regarding what truly matters, and the ability to be able to stay faithful on a course which honors our deepest values.

There’s lessons that can be learned from those who previously neglected valuable life experiences, the failures as well as the successes. The ultimate confessions of regret which may be a plea or advice to us to avoid making the same mistakes which were made by their lives.

So perhaps, we can ultimately arrive towards the upper echelons of our lives with more love and gratitude. Once we do, then the final amount of our net worth would not really matter that much.