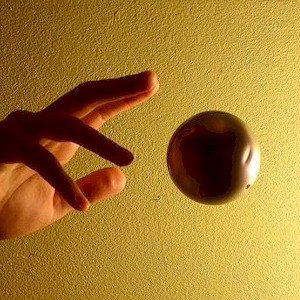 The life that we live is directed in a strict and set scientific order, which once it’s activated and then goes into motion, is generally out of our hands to control. These natural laws applies to our life and our business.

One such order is gravity. Gravitation, forces where entities, bodies of mass moves magnetically, constantly gravitating towards or apart from each other. What physics, general relativity states is that mass has the ability to curve space and time, which causes the gravitational pull or push.

These bodies of objects which has mass contains weight, which attracts to each other if they’re thrust towards each other. So how does this basic law of physics apply to the business world.

The fact remains that you witness this on a daily basis, and most don’t realize it. This is the same concept which also applies and is present in the majority of social interactions between you and the individuals that you see everyday.

The Gravitational Effect In Business
Often, larger businesses will buy out smaller similar businesses, they do so because these usually new startups can serve a function for them, or they feel that they can become a direct competition to them once they grow larger, which poses a potential danger to them.

What these smaller businesses do is they’ll tend to gravitate towards these larger businesses, while the larger companies acquire these smaller ones to become more versatile. Some startups will even create and tailor their businesses in the hopes of being bought out by a bigger company.

The Push Pull And Force Of Business
These larger companies at times will also become bullies and attempt to force these smaller businesses out of business, often intentionally. They usually have the manpower and resources to lower their prices, realize smaller profits, this to squeeze out the competition.

The smaller businesses are then left with a few options: adapt, sell out, or go out of business. Usually, the best solution for them is to gravitate towards the bigger businesses and surrender. There are methods however of ridding of these issues, this by creating their own gravity.

The Law Of Physics Applied To Mass
In the physical world, what you can theoretically do is compress a large body of mass and then compress it into a smaller space. The law of physics refers to this as singularity.

It can be similar to getting the mass of the Sun and then attempting to compress it into the size of a basketball. By doing so, what you’re doing is curving space and time in an indescribable way.

Another way is accelerating a body of mass at extremely high speeds, as relativistic mass will increase with speed. The forces which are experienced by objects undergoes constant acceleration, which becomes indistinguishable from those that are in the gravitational field.

For instance, whenever you’re in an elevator and going up, you’ll begin to feel heavier, this because what you feel are the effects of the force of gravity along with the effects of upwards acceleration.

Once you accelerate a large mass close to the speed of light, what you create is a strong gravitational field. What this requires is extreme energy as the mass increases along with the increase in speed, and then you’ll require yet more energy to accelerate it.

The Same Law Of Physics As Applied To Business
You can apply this same law pf physics to business based on this analogy. What you need to do is begin accelerating, always be in motion, even if you’re not sure how you’re going to reach your goal.

To get there, to accomplish your goal, what you’ll need to do is be constantly moving forward. Taking action makes all the difference as you can always correct the direction of your efforts if you need to.

To go past or rid of the competition, you’ll then need to create a product or service which no one has offered before. This new “thing,” this new invention needs to be in demand, affordable, and be useful.

The better that it is, the larger its mass, the heavier that it is, it should then generate more profits for you, which ultimately makes you more money.

Developing And Accelerating Mass
Once you’ve developed this large “mass” object, you’ll need to accelerate it. The most common way is through a new startup. You’ll place this product on the marketplace and then apply massive energy at the beginning.

You’ll then accelerate your profits by announcing your new ground breaking innovation to the world. You let a vast amount of people know about your new groundbreaking product or service.

This may take a few months, perhaps years, and once big business begins to notice you, you’d most likely have made the money already. Once your competition finds out about your product or service that’s profitable, they’ll come running.

They’ll try to steal it, imitate it, design around it. But by that time, whatever they do and however you choose to counteract it won’t matter that much, as all the legwork is done, it’s already history.

It All Comes Down To Timing
Timing becomes everything. If you’re first in marketing a profitable product, and you know what you’re doing, there’s no way you can lose out. You’ll arrive before big business will.

Then the time will come that you can sell the entire product or business to your competitors, to “big brother,” and then retire off into the sunset. You can also break it up and sell parts of it while receiving royalties.

Regardless of what happens, the heavy lifting is done, it’s history. You’ve profited and made the money. You’re now happily enjoying life, or you can come up with another great new idea and then repeat the startup process again.

Ways To Provide Ground Breaking Copy For Your Website Readers