Know When Relationships Hit The Tipping Point And Falls Apart 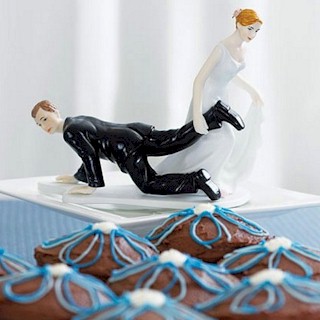 What every relationship has are two agreements. The first being a conscious one, between two people who wants to spend some time together. “We’ll support and care for each other’s needs, listen to and accommodate each other, make compromises when needed.”

These are important foundations for establishing a relationship, but are limited. As time passes, what happens is it typically becomes more difficult to keep these pledges. The reason being that all of the secrets that each other has eventually exposes themselves, the ones that doesn’t fit in alignment with the original accord.

The second agreement is a subconscious one.”We’ll ignore, put on the back burner, certain reveals of our lives, that may potentially threaten or harm the relationship. This so our lives will work well together.”

“This too make each other feel more comfortable, to avoid conflict, this to strive towards our ideal vision of how a relationship should be.”

What the second agreement needs is that each partner, has to suppress certain things about themselves, which includes their upbringing, ethnicity, culture, personality, needs and desires, so they won’t rock the boat. These aspects lurk in the shadows of the relationship.

To Find Common Ground
Learning to express oneself better, is by communicating outside the boundaries that’s beyond their usual comfort zone. One partner might be more direct, forceful and to the point, while the other may be more sensitive, and reserved.

The more extroverted partner, needs to suppress themselves more, this by approaching the other by being more gentle. The other needs to come out of their shell, this to match the others aggression.

Neither is inherently that difficult to do, but isn’t usually sustainable in the long run, as one will wear down, while the other will lose their patience.

The Second Agreement Fails
At some point the second agreement, the subconscious ones, eventually breaks down over time, as one partner attempts to express themselves, their needs, desires, or values, and becomes misunderstood.

This may appear as resentment, anger, moodiness, affairs, and other outlets that the other can’t furnish. What then appears are questions such as, “How can I cope with these problems?”

Is there effort to ignore these impulses, this by reverting back to the first agreement by saying, “Okay, I found a way to settle myself down in this relationship, and can do so for the rest of my life. I have the courage and willingness, to go on a journey of personal and relationship growth.”

When One Partner Grows
When it comes to long-term relationships such as being married, there’s always one partner that outgrows the other.

This person yearns to learn, improves themselves mentally and physically over time. This is often the female in the relationship, but not always universally the case.

Women are more likely to seek self help more then men will, go to therapy, pursue personal growth. She looks at the relationship and wants to improve it, find out what her destiny is, learn to become a new improved better person.

Her male partner however, will think that things are great just the way they are, as he huddles down every Sunday to watch football. “If it’s not broken, why fix it?”

Then A Gap Develops
It’s not always a good idea for her, to attempt to change him, but she’ll try. She’ll then find ways to create mental “separation” from her partner, this without terminating the relationship.

She could begin pursuing a new career path, begin hanging out with her old friends who she never had time for, not caring as much if her partner happens to be in a bad mood.

She separates herself emotionally and at times financially, and may ultimately decide to leave, or have an affair.

How Long Relationships Lasts
Personal growth is just as important as developing a relationship, and the effort placed in them has a significant say on the resiliency of the bond.

The stark reality being, know that what happens to your relationship isn’t entirely up to you, as there are external forces beyond your control that’s in charge.

How long the relationships lasts, is on it’s own time clock. The universe, God, whatever force that you want to believe in, is guiding it on it’s own path, and you can’t usually control the outcome.

Predict The Future
Some claim how long a relationship lasts can be predicted, similar to a fortune telling machine at the country fair. What they’ll do is dispense a ticket, revealing your future.

When it comes to how long a relationship will last, experts claim it can be predicted based on the personalities and circumstances of the two involved in the relationship.

What the fortune telling machine will do is spit out a card, telling you that your relationship will last a week, six months, twenty-five years, or a lifetime. It’s rare relationships lasts forever.

If the relationship goes longer than what it’s destined for, both partners know it, that they’re on borrowed time. What’s known is they both know it’s over, but they’re both scared of the inevitable.

Then The End
There are a host of emotions that activates. Once the relationship does come to an end, both will feel sad, yet relieved it’s over. They’ll feel anger, hate the other as there’s pain and sorrow.

Once the relationship ultimately ends, both will reminisce, remember how perfect the other was for them at one time, how they once were and could of been the love of their life.

Once the relationship dissolves just as the fortuneteller had predicted, it feels bittersweet. Each will then feel thankful and grateful for what they’ve shared together, especially if there’s children, while being at peace that it eventually ended.

Recognize The Unsettling Behavior Of The Psychopaths Among Us