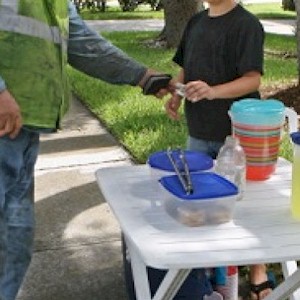 From the moment that you wake up, what you encounter are a variety of negotiations. The issue becomes we don’t always consider these situations as being so, or we don’t think that we’re negotiators. So what happens is we’ll enter these discussions or events, not as prepared as we should or could be.

What this can result in is a less than favorable outcome. So what’s needed is to be on guard at all times, this by understanding and knowing a few key principles of the negotiating process. This by implementing a series of steps, this to successfully resolve an unknown outcome in your favor, when facing these situations.

Once you left for work this morning, were you prepared and ready to face the day, knowing that you’d have a number of negotiations to deal with. The odds are not. The chances are good that “negotiation” never even entered your mind.

What Me Negotiate
What we often think when it comes to negotiation, is that it’s a formal process which is conducted behind closed doors, this by the CEO’s of the world, politicians or world leaders. Realize that negotiation is a common staple in our daily language.

It can be as basic as agreeing with work colleagues on the content that’s going on the website; or with a customer when they’re disputing an invoice. It can be agreeing with a supplier on the terms of payment, or with your partner on which restaurant to dine at.

Stand On Guard
The issue becomes we don’t recognize them as negotiating, or that we’re negotiators. As a result, what we do is enter these discussions not as prepared as we can be. Then the result is often less than favorable.

So what’s needed is more awareness in our daily dealings, this by stating your case as clearly and appropriately as possible, this by organizing your facts.

All while controlling the timing and the pace of your conversations. This begins with precisely assessing both yours and the other party’s needs.

To Know Your Objectives
What you need is to know what outcome that you’re wanting. So you need to establish if you should be asking for more, such as twice the amount you need.

Are you wanting the other to say “No.” Will offering a concession relieve a bit of pressure. Is a “Win/Win” situation possible. Is admitting you’re wrong a sign of weakness.

Asking For More
Asking more always isn’t a good idea as you may need to back down, or lose the opportunity to influence the other party. What’s known is that negotiators who makes large concessions, usually ends up worse off.

The key to successful negotiating, is to initially identify your needs, then work out a series of options which will satisfy those needs. Begin the negotiation by asking what your options are, which best suits these needs.

You Want Them To Say “No”
Getting a “No” from them can at times be useful, this because what it gives you is the opportunity to ask them, “Can you give me the reasons why?”

What this leads to is uncovering what their real needs are, along with some options which will satisfy them, ones that you can most likely supply.

Give A Small Concession
What making a small concession does is forces you to negotiate options rather than needs. They may also think that you’re weakening, and put more pressure on you.

It’s better to restate your needs, and then explore all the options possible to satisfy them. During this discussion, you might go back to the offer which was just rejected, or find a better option. Regardless, what you gained was more information, while not weakening your position.

A “Win-Win” Situation
Winning should be the goal, but not always possible. Often, even the best negotiators are forced to “agree to disagree.” The way to improve your win-win ratio is focusing on your real needs and not positions, along with the needs of the other party.

What searching for a variety of different options, this to satisfy the need of both party’s does is generates more “Win-Win” situations.

Is Admitting Mistakes A Sign Of Weakness
Not always, as what research shows is that disclosing errors does is demonstrates honesty. So psychologically, what it breeds is reciprocity, which results in, if you do something for me, then I will do something for you.

Most are then likely to be more fair when you’re honest with them. Attempting to pull the wool over someone’s eyes, might provide short-term gain, but will harm the long-term relationship.

To Negotiate Successfully
If you’re wanting to get a better deal, then ask for one. You’ll never know or find out unless you ask. Keep in mind that it will satisfy what you want. Never get forced into bargaining over positions.

Argue to learn and not to lose. To get what you want, what you need is to learn as much as possible when it comes to the other party, and what their needs are. The more that you know, the odds that you’ll end up getting a better deal increases.

Use proposals such as, “If you’re able to provide . . . ., then I would be willing to consider . . . .” What their response to these proposals does is gives you plenty of information to work with.

Ask for, while giving as much information as possible. Asks questions such as, “Can you give your reasons for . . . . ?” “What priorities do you have?” or “Is there anything else I should know?” These are all excellent ways of gathering the information that you need.