Know The Root Of Your Misunderstanding And Find A Resolution 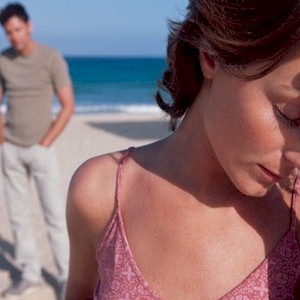 Most conflicts can often be traced to a stubborn enlarged ego and a simple misunderstanding. What this pride does is it clouds the issues, this to the point that some will falsely believe that someone, somehow, implies that they’re at fault, so they don’t back down.

They’re accused of being ignorant, lack intelligence, or have a poor grasp of reality. Realism is skittish as it is subjective. Everyone has their own point of view, this based on their culture and life experiences, a collection of reasons others don’t know or have.

The key to any miscommunication is understanding how difficult that articulation can be, while dropping the ego and finding a bridge, building the inevitable barriers which leads to the confusion.

It Was Just Talk
Even just the simplest communication can have multiple components which runs the risk of misunderstanding, this from the speaker to the listener.

This based on their different points of view, the words and the tone that they speak, along with the different implied meaning that each word has on them.

The actual intended words versus the actual words, the context, and the process of flow. The process is usually more circular in fashion, yet can be interpreted as a more linear statement.

Then what complicates things is adding emotion, expectations, past history, and triggers. It becomes a miracle that any message can concisely get across to anyone.

Watch What You Say
We learn not to say what we really want or mean from an early age. Children are taught not to ask for food or money at a neighbors house.

If thirsty, they would try to look as thirsty as possible. If someone offered a glass of water, some would politely decline, and only on insistence, they may graciously accept the drink.

What we want is to perpetually please people, thinking that others can read our minds. The problem is that most are so concerned about themselves, they don’t care about you or what you’re currently thinking.

Just Listen More
What most don’t do is listen because they’re crafting their next reply, this without actually hearing the substance of what the other person is saying.

Or if they’re emotional, they’ll just hear the other person through filters on what they think that they’re saying to them. So listen to the entire context of what someone is conveying.

At times, people will just hear the beginning of the sentence and then jump to conclusions, this without even realizing that the person is saying something different.

Just Repeat What You’ve Heard
Repeat back to yourself what you’ve just heard, and then ask if that’s what they were really attempting to converse. Don’t be afraid to repeat back to them what they just said.

“Did you just say…” or “You just said that you’re concerned we won’t meet the deadline.” All you were wanting to establish is what needs to be done, or find out how long it’ll take.

If it appears like the person is saying one thing, while really meaning something else, then you can respond by saying. “Sorry, you appear a little distant today and busy, so is that what’s bothering you right now, or is there something else?”

Share Events
Communication is always a two-way street. Once someone begins to open up to you and share their experiences, always reciprocate back. “Oh, I know how you feel, I was thinking the same thing.”

Show your vulnerability, while doing your best to articulate your feelings. Lose the ego as that’s the enemy of honest open communication.

Be Flexible
Realize that in spite of your efforts, there may still be some type of misunderstanding, as what everyone has is their own point of view.

There are no two people that will ever see things exactly the same, not even biological twins. There’s no right or wrong, just the mutual agreement of different viewpoints.

Just Speak For Yourself
What you’re wanting is to make your point known, that’s where you stand, it’s your opinion, or you’re sharing your own experiences.

What we can’t or shouldn’t do is speak for others. Only they should be able to share their own feelings. We can say we’re hurt by a certain behavior, but we can’t accuse or blame them.

However, we can say is that the other person’s behavior makes us feel uncomfortable. Telling others that they’re wrong for doing that behavior, or telling how they should feel is none of our business.

Always Be Understanding
What you’ve had was a misunderstanding, and it was perhaps even cataclysmic. What you need is to learn from it, and then let it go like water under a bridge.

Use it to foster closeness and more understanding in the relationship. Use it to create greater awareness of what you think, speak, and hear in the future. Admit that you were wrong, even if you weren’t

We’re in this life to grow, to evolve, mature, so be more gentle on yourself by trusting and forgiving others, as this too will pass.

Just Let It Go Away
If there’s conflict as a result of a misunderstanding, then give it time. Pause for a moment before reacting, while clarifying before you respond, or ask time to think about it. Time eventually heals all wounds, provided you’re open to it.

Relive all the good feelings you’ve had when you understood each other, and then pinpoint exactly when the misunderstanding began.

The most basic need of humans is the need to connect with each other, especially family, finding a middle ground, with a sense of belonging and understanding.

So step back, dissolve your ego, listen, be flexible, and improve your communication skills. Lose that pride, as we all need each others respect.

It's Your Choice To Heal The Pain Of Your Inherent Suffering