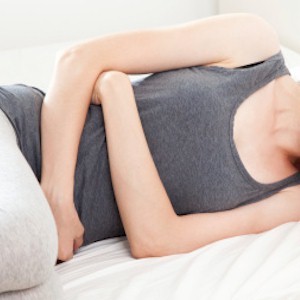 It happens to the best of us on occasion when we get a sudden violent stomach reaction. It could be that delicious pizza from your favorite takeout spot, it’s tasty, hot, and looks fresh. Then several hours later, that uncontrollable rush to the bathroom occurs.

What then follows is a mishap of events as we remain in the bathroom for comfort for the next 48 hours or so, as we flush out our system. This embarrassing debacle also leaves us wondering whether we’ve contracted the stomach flu, or could it be food poisoning.

Initially, it may be difficult to tell the difference, whether is gastrointestinal (stomach flu), or something that you ate, which is more of a bacterial infection. At times, the symptoms can be similar.

There are a few subtle differences, however, which should help you in determining if it’s actually an infected food choice, or it’s gastroenteritis, which is a virus in the intestines.

The Signs Of Food Poisoning
The real time symptoms which is food poisoning can be difficult to ignore, as at times it’ll suddenly leave your body feeling weak. Symptoms include feelings of nauseousness, dizziness, and the release of matter from both ends of the body.

The worst is the discharge of fluids from the body, expelling out the poor choice in food when contracting something such as salmonella. Know that the symptoms of food poisoning can easily be mistaken for the stomach flu.

The Signs Of Stomach Flu Or Gastroenteritis
The symptoms which is the stomach flu can often at times mimic food poisoning, including reactions such as: muscle pain and aches, overall fatigue, stomach cramps, chills, diarrhea, vomiting, and high fever.

A stomach flu is generally caused by a virus in the digestive tract, rather than eating poor tainted food and contracting listeria, for instance, which is another variant of food poisoning.

How Food Poisoning Reacts
With food poisoning, its onset can be quick. It can take complete control over your body within a 4 to 6-hour period after you’ve eaten the poor choice of food.

You’ll generally feel ill to the stomach and then may begin experiencing more violent symptoms, this especially if the food has been contaminated with a severe form of bacteria, such as E. coli.

How The Stomach Flu Reacts
A stomach flu is a viral infection of the digestive system and tract, and takes a little longer for it to fester. You’ll usually begin to notice the symptoms approximately 12 hours or so after your intestines become infected with the illness.

How Long Does Food Poisoning Last
When it comes to food poisoning, it will typically remain anywhere from 6 hours for mild cases, and up to 24 to 48 hours in duration for more severe cases. The symptoms will persist and remain until you’ve completely flushed out all of the tainted matter from the body.

How Long Does The Stomach Flu Gastroenteritis Last
The stomach flu will tend to linger around a bit longer in length, which is one of the prime characteristics when defining the two. Typically, if it’s the stomach flu you’ll experience the symptoms anywhere from 1 to 5 days in total for the most severe cases.

The Proper Treatment For Food Poisoning
So once you’ve determined that it is food poisoning, what you’ll need to do is drink as much fluids as possible to help in removing the bacteria out of your system, eliminating the offending toxins.

Also, for this reason, unfortunately, vomiting along with diarrhea is a necessary step towards full recovery, which helps the cycle of flushing everything out of the body.

Once the elimination process has been completed, which can take up to 2 days, what’s recommended is a diet consisting of rice, bananas, apples, applesauce, and toast, which helps in binding your system.

The Best Possible Treatment For The Stomach Flu
When it comes to the stomach flu, rather than attempting to expel fluids out of the body as fast as you can, instead, what you should be doing is attempting to stop the vomiting and the diarrhea because of potential dehydration.

You should be drinking electrolyte rich beverages such as Pedialyte for children, and drink lots of water, ginger tea, or Gatorade for adults, this in order for your body to be able to replenish and keep hydrated, while replacing the lost electrolytes.

You can usually stop or suppress the vomiting and diarrhea with a few of the readily available over the counter anti-nausea and anti-diarrhea medication at the local drugstore.

When To Seek Medical Treatment For Food Poisoning
For the majority of the cases when it comes to food poisoning, a visit to the doctor or emergency department generally isn’t required. But under certain situations, if you continue to vomit after 48 hours, or you’re passing blood in loose stool, then you should be seeking medical attention right away.

The reason being that you may have some type of a severe intestinal bug, an extreme case of food poisoning such as E-Coli.

When You Need To Visit Emergency With The Stomach Flu
With the stomach flu, what you can become is extremely and dangerously dehydrated, especially if the vomiting and the diarrhea persists, and it continues for longer than 3 days.

If you still happen to be vomiting, and also dealing with a high fever of over 102 degrees F, or are experiencing seizures, then what you need is emergency attention as soon as possible.
Note: this information is provided for informative purposes only, and not medical advice.