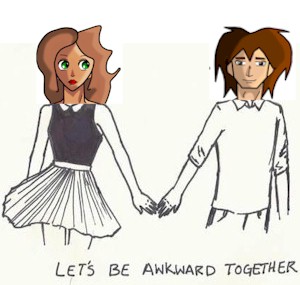 Those who are single and may have been for a while, yearn to hook up with someone sooner than later. They want to get mutual, since that’s one of the most basic primal human desires.

So they wonder to no end if they’ll ever meet that ideal perfect person ever, if that’s even possible. It’s been discovered that finding that ideal compatible mate, getting into a bondable relationship with someone isn’t really all that different of a process from achieving any other goal or dream.

The steps, the procedure is similar to planning and reaching a financial goal, planning a vacation, or wanting to launch a new business. Based on some proven specific techniques, it’s found there’s a strict protocol that most can follow, this much like a “How-to” guide that’s similar to launching any other project that becomes successful.

There are a few defined strategies which one can take for seeking, attracting, and then keeping that picture perfect mate.

Director Of Your Own Advertisement
The media as well as online ads constantly bombards us with various images which can often become overwhelming and discouraging, as we’re hounded that a perfect face, body, personality, and a well paying job is what we need to find someone.

There’s also a certain behavior that we need to project, which is displayed on reality TV. There are the endless self improvement products which purports to make us happier, thinner, or prettier, so that we can be successful.

Once we begin to listen to and then absorb all of these messages from the media, it can quickly diminish the opinion of ourselves, which can shape and determine our behavior and self esteem.

If you genuinely feel good about who you are and how you look, you’ll then exude the very confidence which attracts others. If you feel completely insecure because you’ve just watched a show about perfect body makeovers, then your energy, your aura will be negative and off-putting. This not a good trait when it comes to attracting potential new partners.

Project How You Want To Be Seen By Others
Usually, there are several viewpoints which influences how you feel about yourself, and as a result, how you decide to project yourself to the outside world and the opposite sex.

How we see think and feel about ourselves, how we think that others see us, and how others actually views us. All that really matters is who you truly are, and how you actually view yourself.

It becomes important not to allow how the other viewpoints influences how we think and feel about ourselves. If you’re not enabling your self-appreciation to become stronger than the opinions of others, then these critics will begin chipping away at your confidence.

What then happens is that your positive self-image begins to lose its luster, and it shows in your body posture and demeanor. What a poor self-image does to your psyche is that it repels rather than attracts.

The Need To Stop Fighting Yourself
What we do is spend enormous time and energy warding off the frustration of thinking that we’re stuck in a rut, and as a result, these combative thoughts begin to form a pattern.

Like an old 8 track tape, it begins to loop itself and goes round and round on the same track. Neuro scientists have shown that one’s thoughts really do generate their own mood and energy. If your thoughts happen to be negative in nature, then your energy will become sluggish.

So just change being the way that you are, how you think, but instead look forward to a satisfying relationship. Accept the current situation that you’re in for all it’s worth, and know that it’s going to change for the better, perhaps today.

All that you need is a bit of time and space to start over again. Then make sure that you make a commitment to change the situation. Tell the universe exactly what you want, what you represent and are all about.

Setting Intentions Rather Than Setting Goals
An intention is actually similar to a goal, but goals have built in self doubt about its attainment that’s stripped away. Another difference is that intentions are usually stated as though the events already occurred.

Your fantasy intent for attracting that perfect partner might be, “To have a fun and fulfilling relationship with someone whom I truly respect. We’re going to travel the world together while enjoying new experiences.”

Your intention rather needs to be something about what you want for yourself, and not about attempting to manipulate the energy of others in your direction. When creating an intention for yourself, make sure that you keep the energy positive and personal, and at past tense.

Generating A New Positive You
A certain trait which was found similar in all of the most successful people in the world, when discovering their brilliance, was that their best shining “idea,” was by taking quiet solitude time for themselves, to allow their thoughts to meander.

They like to go into complete solitude, no disturbances, take a walk in the forest, spend an entire weekend alone, or just close their eyes for a few minutes to achieve this quiet space.

Do so yourself by imagining you being in a perfect partnership and situation if that’s what your most pressing matter is at the moment. The more details that you include the better.

Revisit this same vision, this same scene on a daily basis if you can. This isn’t considered fantasizing, but more about generating and then visualizing a picture of yourself and what you want, this since your brain doesn’t know if it’s real or not.

What the experts claim is that it’s the same exact area of the brain which becomes active when you’re actually doing something for real, or when you’re just imagining yourself doing it.

So once you create this image of yourself attracting a potential partner, you’ll then unconsciously and gradually grow to become that person provided you keep focus.

How To Effectively Solve Any Problem Like An Expert Would