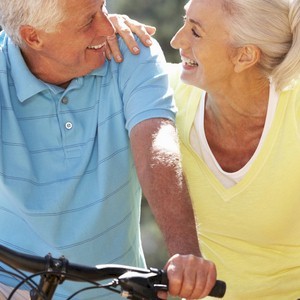 We all grow older and there are certain reasons on how and why one ages quicker than another of similar age. There are also no known proven scientific explanations for aging. All we know is that our bodies are designed to grow old and get creaky as we advance.

So what needs to be asked is what exactly is the aging process and why. The initial reason is that our genetic structure is programed to divide a certain number of times, and once this division reaches its maximum number, then our bodies will begin to deteriorate.

Another reason is the neuroendocrine system generally begins to falter. The neurological as well as the hormonal systems which regulates the body begins to wear out, and then makes us weak and susceptible to disease.

Reasons For The Aging Process
The Build Up Of Toxins – Our bodies over time will begin to accumulate a lot of toxins and chemical waste which builds up in our systems, forcing it to slowly shut down. All of this toxic build up is thought that it can attack and affect the structure of our genes.

General Wear And Tear – Then there’s the general wear and tear and the pounding that our bodies take on a daily basis. Just living a working life itself causes our joints as well as our body parts to get tired, and begin to wear out.

Damage From Free Radicals – It’s thought that the cells of the body becomes compromised and begins to age from free radical damage. What the body does is it builds up free radical oxidants which damages our major organs and our DNA, which causes us to age faster.

Glucose Toxicity – Aging is thought to occur from a direct result of glucose toxicity, which is the build up of waste sludge because of the poor utilization and control of glucose in our physiological system.

The Law That Is Entropy – What this has to do with aging is the theory that in the universe, there’s continual movement from order to disorder, and that our bodies are subject to this movement with the end result being aging.

So Why Do We Begin To Age Know The Causes
So which part of our body begins to age. Aging occurs when our arteries begin to get clogged, when our joints begin to flare up with arthritis, and our organs start to slow down and then wear out. We don’t heal as quickly as we once did.

Scientists have found that we have certain genes which we’re born with and cannot be changed, yet, how we age is generally up to us. Our environment, our activities and tendencies, and our interactions are what influences this.

It’s thought that our inherited genetics just accounts for approximately 30% percent of all aging effects, and that the importance of genetic inheritance matters less as we age.

It’s found that some people are biologically predisposed to the early onset of arterial aging. What they’ve inherited is a tendency towards high blood pressure, gaining weight, and high cholesterol.

While some may be culturally predisposed to the disease since they’re simply more likely to develop poor eating habits, or eat foods consisting of high saturated fats, which accelerates the aging process within the arteries.

Many will say that you’re as old as your arteries are. When your arteries become clogged, what they do is diminish the amount and the quality of oxygen and nutrients which gets to your cells. Once this happens, our entire body then begins to age quicker.

Cardiovascular disease happens to be the leading killer of adults in North America, as it claims close to 40% percent of us as a cause of death, seriously effecting the masses as one of the major fatalities.

The Genetic Connection
How you react biologically as well as psychologically to the environment surrounding us contributes to how young we remain. Living or working in hazardous areas or environments obviously has a negative effect on our health.

What helps is maintaining increased mental activity by becoming a life long learner, while also having and keeping close personal relationships with friends and family.

This allows you to laugh, have fun and enjoy life. Becoming nit picky, annoying, and neurotically abstract doesn’t help. So developing passionate life interests and hobbies keeps one young at heart.

The Aging Process For Men And Women
It’s thought that men will usually reach their peak performance curve late in their twenties, while women will do so in their mid thirties. Our bodies then becomes fully mature as we’re the strongest and the most mentally acute at that time.

Somewhere between the ages of 28 to 36 years of age, the majority of people will reach their turning point, their plateau, then a transition from growing to aging occurs.

The majority of people will then begin to experience body aches during these years of maturity. That’s generally the sign, the point of their ability to be able to compensate, as our musculoskeletal muscles physiologically begins to decline.

It’s also found that this can be quite a momentous event for both men and women because for the first time in their lives, they really begin to feel that they’re on the downside of their lives.

Statistically, our physiological function as well as our cognitive ability performance also declines as we age. Each biological function will decrease approximately 3% to 5% percent per decade after we reach the age of 35.

But the good news is that certain functions such as IQ and mental acuity have some individuals showing almost no decline, or even improving as they progress from 35 up to 70 years old. So just keep learning and improving for extending your life as you grow older.