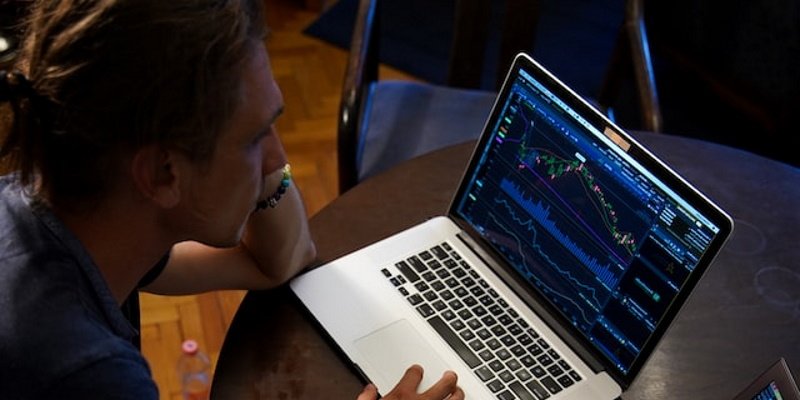 What’s estimated is 90% percent of speculators who trades the financial markets lose money, while 10% percent are profitable. These are highly intelligent individuals, most with post secondary education, as they watch in horror as their trading accounts dissolve. So why is it so many traders fail.

The instrument being traded in the markets, whether it’s stocks, commodities, crypto or currencies, are all blunt neutral instruments dictated by supply and demand.

It’s rather the individual traders, it’s the humans who drives the prices based on their emotions. The key emotions being fear and greed.

Winning traders know it’s these emotions are what drives the markets, and will position themselves accordingly.

Since most traders become emotional and make rash decisions, it’s often the wrong one.

There’s a daily struggle that’s waged, the moment the financial markets open. This is a battle between the bulls, the “buyers,” and the bears, the “sellers.”

The bears want to get top dollar for their instrument, while the bulls want to pay as little as possible. In order for a transaction to be completed, one has to give in to the others terms.

If the greedy bull happens to give in to the seller’s terms, because they just need to own XYZ stock, then the price goes up.

If an eager bear gives into the buyer’s terms, the price goes down. This isn’t anything new, as it’s just basic supply and demand economics.

Since the buyer and the seller more often than not, base their buying and selling decisions on emotion, these emotions eventually culminates, and a trend will reverse.

For instance, when a stock is trending up, there will be a point when the trend becomes apparent to everyone.

Once it reaches this point, there’s a buying frenzy, as greed takes over in fear of missing the boat. It’s precisely at this point, the trend often reverses.

The same is true for a downtrend. Before a stock hits rock bottom, there’s usually a selling panic, as fear takes over and the weak run for cover.

Once they’ve thrown in the towel, the stock is then free to rise up again. This behavior is observed time and time again, in any market.

Other Reasons For Price Fluctuation

As the price declines, the selling picks up, forcing the price to sink lower. It isn’t until all of the sellers are flushed out of the market is when the selling stops.

The demand for the stock then becomes greater, which causes it to rise again, and begins to attract more buyers.

Getting A Grip On Emotions

What traders need to realize and accept, is we have no control or influence over the markets, or the direction it’s taking. What we need to be aware of, is our fear and greed.

The problem is traders want to win every trade. If there’s a loss, it becomes easy to allow that loss to effect them emotionally, because of the fear of losing more.

The losing trader exits a trade once the stock hits a slight downturn, even though the market is bullish, and the fundamentals look positive.

Instead of holding, waiting for the stock to go up again, the trader sells and accepts the loss strictly out of fear.

Other Fear Of Loss Scenarios

A trader holds on to a losing position, hoping it will go up again. Even when the news and fundamentals are negative, the losing trader won’t give up, knowing it can wipe him out.

Another form of fear, is not wanting to miss out. This is common for novices who buys in on the hype, or when the so called “experts” sweet talks them into a trade.

A trader sees the market rise, which is confirmed by the news, and buys in on the frenzy of a rising stock in full swing.

Afraid of missing out (FOMO), the trader hastily dives head first into the trade.

The Greed Of Being Greedy

Becoming euphoric once hitting a winning trade, is as detrimental as becoming depressed, when in a losing trade.

In this case, the trader is afraid of losing their profit, so they hold on to a winning position for too long.

The trade is in the money, but they want more profit. They’ve made 100% profit, but are now expecting to make another 100% percent.

Even if the position begins to lose, the trader continues to hold on, hoping the trade will reverse to 100% again before selling.

Instead of selling once it reaches say 80% and fundamentally checks out, which is still a winning trade, they continue to hang on.

Greed Is Not That Good

These traders watch their profits erode, without doing anything about it. They hold on to their positions, until there’s a loss.

They say, ”Since the trade has gone down so low anyways, what’s the point of selling? Might as well just keep my position.”

On the other hand, the fear of losing out on profit may cause a trader to sell a winning trade too soon.

As soon as their position goes in the money even just a few percent, they sell out of fear.

Traders Need To Be Impartial

Traders need to accept there will be more losses than wins. What’s needed is the proper mindset to accept the losses, and not get overly emotional.

What’s needed is a sound technical trading system and have the discipline to stick to it, a system which produces profits in the long-run.