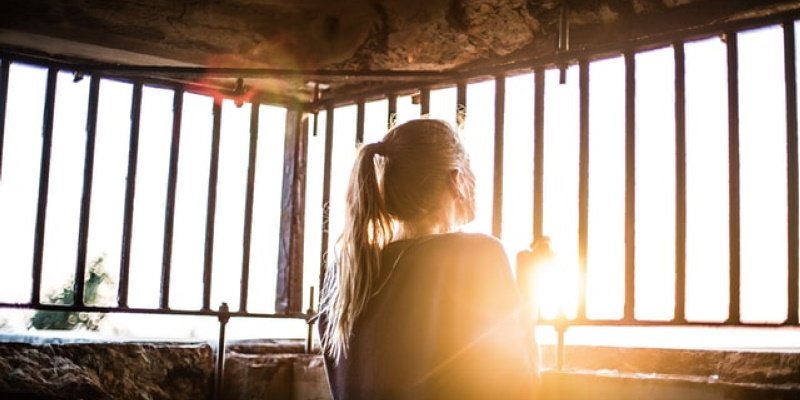 Some claim there’s a criminal element, a dark moody side lying dormant within us, only to be woken and stirred, waiting to be revealed. This is the proverbial “sheep in wolves clothing.” All we need is to be provoked, a motive or trigger for us to act criminally.

It’s human nature to snap from being a normal citizen to becoming abnormal, violent, or insane.

People are capable of doing anything, the brain is that intense, both good or bad. It can snap at any moment. An event of distress can suddenly take place.

Regardless of what socioeconomic background we come from, unlawful behavior can cross any boundary. As a result, criminal activity can occur.

Just because a certain unlawful act happens to be minor in nature, just a misdemeanor, that doesn’t mean it’s not as relevant if it was a serious act.

The threshold, that line has been crossed, as it’s an unlawful act none the less.

For most of us, the criminal, the “bad guy” is usually someone else, the other person, and never us. Some villain you see on TV.

But what’s known is the mind can suddenly turn, unannounced, where motive and intention can run deep.

This can be fueled by stress, rage, or passion. Our perception can become our own self conceit.

At times, we can suddenly begin making poor life altering decisions. We have motive to do something deceitful and thus create a plan.

Rage drives us to perform and execute the wrongful act. We knowingly carry out our urges and desires, knowing we’re doing something wrong.

We’re triggered once we’re challenged or cornered, as we snap out of normalcy, and there’s no turning back.

Once were apprehended however, what occurs are a myriad of excuses which surfaces, from that inner sanctum of cunning craftiness.

We can then become sly, shrewd, and sneaky. Some of us are just better at it than others, and as a result don’t get caught, and get away scott free.

The Other Side Of Truth

We all constantly flirt with breaking the law, thinking no one is watching or cares.

So we run stop signs, talk on our smartphones while driving, cheat on our spouse, shoplift.

We become daring one step at a time, and hope to get away with it. Then the sensation becomes exciting, thinking we’re above the law.

We become devious, as our human brain begins to process fantasies of amazing possibilities, and daring pursuits.

We think how far we can go, how much we can get away with. We push our moral boundaries, as we believe if we’re not cheating, we’re not trying.

The entire entertainment industry and the “fake news” media, are prime examples of this.

In the movies, TV crime and con dramas, reality TV and social media, all develops hype which creates this mass hysteria. That crime is sexy.

What they do is offer escapism in one form or another. The more tragic or intense the story or situation is, the better the ratings become.

What’s then translated, is the fiction or the myth becomes reality. What was once accountability spirals into forgetting or ignoring our ethical principles.

Our social obligations then becomes replaced with mindless rage, as we begin to experience temporary insanity.

Throughout society at every socioeconomic level, when push comes to shove. We scramble to find rationale, a reason to commission or commit unlawful acts to ourselves or others.

We cross the line, from being a good mindful god fearing person, to committing some type of sin.

We then blame how corrupt society or others are, so it’s not entirely our fault.

We’re able to justify everything, conjure up conspiracies, then attempt to slip away and escape, until we’re eventually caught.

What those who breaks the law does is begins to mold their talents, their unique abilities and capabilities, and tailors them to the act that fits their rage.

For one reason or another, they’ve become social outcasts with no morals. The duty to be right instead of wrong, escapes them.

Political corruption, corporate embezzlement, committing murder or armed robbery, crimes of passion, are where these instances are most commonly found.

What we all have is the innate means within us, we have the ability to commit a wide range of anti-social behavior, where at any moment we can snap.

While most citizens will do is commit minor infractions, others may become monsters in their own skin, becoming a force of evil and disrupt.

The inherent motivation to commit these infractions however, is the same. What it comes down to is personal gain, to satisfy some type of need.

These basic needs of emotion are usually fear, hate, or greed.

The Thrill Of The Chase

At times, it could be for the power, the rush, the need for dominance we all crave to feed our low self-esteem and ego. This activates the “switch” that crosses us over to the dark side.

It gives us extreme thrill to the senses, which provokes the need to acquire the object of desire, in question. It depends on the individuals fantasy and their sense of reality.

Within this fantasy, there’s the intention to extend it into the real world. Then the bad deed, a criminal act is performed.

What these idealizations activate is a transfer from the subconscious mind, into the reality of the conscious mind.

From the interior of these darkened reaches, comes the intention of deciding to carry out the unlawful act. All without remorse or feeling of guilt.

6 Ways To Become More Popular And Loved By Everyone