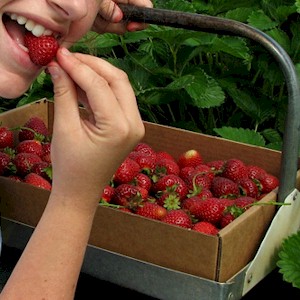 What most will do is spend their time deciding on what they should be eating. But what needs to be adopted is a completely different mindset, one which focuses on subtracting certain foods from your diet, and then replacing it with healthier ones.

These new habits, what these new foods can do is crowd out and then replace the bad foods that we eat. We also believe that eating this healthier food is just good for our bodies and health, as they’ll keep our cholesterol and our waistline sizes down.

But what most don’t realize is the type of food we eat has a direct influence on the state of our brains. Although our brain in comparison is just a small part of our body when it comes to size and weight, approximately two percent, what it does, however, is consume approximately 20% percent of our overall energy.

So the type of food that you eat plays a significant role on how you think. Eating healthier food has a significantly positive effect on how the brain reacts and functions.

The quality of the food we eat influences our cognitive abilities, which alters mood, while keeping the neurons healthy. These neurons, which are the connective cells in the brain efficiency maintains the brains ability to process.

Replacing Healthy Food With Bad Food
So begin adopting a process where you begin adding healthy food items to your diet, and then replacing it with a bad one. The idea being that the healthy food will fill in the space.

Start with the color of food. Healthy orange colored foods include sweet potatoes, carrots, oranges, and squash. They add carotenoids, vitamins A, C, and B6, fiber, potassium, and manganese to our diets. What green colored food adds are vitamins A, B6, C, K, folate and carotenoids.

What these foods also contain are antioxidants, which is associated with the body and the brain fighting off illness and disease.

What antioxidants will do is protect you from free radical damage. This is important since the brain is extremely susceptible to this type of damage because of the high level of cellular activity, along with other intrinsic factors.

Vitamins For The Brain
• Vitamin B6 is known to be associated with over 100 reactions when it comes to the energy metabolism in our cells, while keeping the other chemical concentrations in check

• Vitamin K helps in safeguarding the insulation like coating on the neurons, which increases their speed of communication while maintaining healthier connections

• Vitamin A helps the neurons in maintaining their flexibility when making and changing their connection points, which is often referred to as plasticity, while supporting the development of new neurons in certain regions of the brain

The Long Term Effects Of Brain Food
Any depleted levels of these vitamins won’t immediately affect the brain and its daily functioning, but over time, they’ll begin to leave footprints of damage which can eventually multiply into bigger consequences as we age.

When we’re born, our brains have a complete set of neurons at birth. These levels and their complexity of connections then begins to drop as we grow older.

What we’re not able to do is grow new brain cells quick enough to overcome disease, or from the damage that’s caused due to poor nutritional habits. So maintaining a good healthy diet is just maintaining the brain.

The Benefits Of Nutritional Food
Another benefit of eating fruits and vegetables is that they’ll sweep, clear, and then keep the arteries clean, this especially once healthy food is replaced with an unhealthy one.

With arteries which aren’t clogged, the result is more blood flow to the brain, which is one of the keys to maintaining successful cognitive aging. Cardio exercises such as aerobics and yoga are known to help as well.

What the effect of high blood pressure, high cholesterol, and diabetes does is it accelerates the number of dead cell clusters in the brain, which then increases the risk of stroke or head trauma.

There’s also a decrease in efficiency between the neurons cells, which is responsible for memory, speech, having complex conversations or solving problems.

So what eating healthy servings of these foods does is they’ll improve the health of the brain by allowing more oxygen, blood, and nutrients to flow freer.

Better Food For The Brain
What our brains also needs more of are Omega-3 fatty acids, this because the neuron cell walls consists of lipids, which craves this type of good fat. They’re considered “good” fats because they function without increasing cholesterol or plaque to the arteries.

They also help in reducing inflammation since the brain is incapable of swelling in the skull, this following some type of trauma, damage, or illness. The best source of Omega-3 is from fresh fish, eggs, and certain nuts.

Recent studies show that fish oil helps in the cellular repair of the brain, while decreasing the cellular impact of stress while improving communication, which influences better memory and a slower decline in aging.

The Brain Food To Eat
Although we’re still unsure of what types of these various foods influences the brain, what’s known is that we need to eat single item nutritional whole foods, the same type that the generations before us survived on.

The foods back then didn’t include doughnuts or potato chips, or sugar stricken cereals. What existed were pure raw fruit, berries, spices, grains, nuts, herbs, vegetables, and meat.

All foods which naturally contain vitamins, fiber, protein, minerals, antioxidants, and other natural chemicals are recommended. These vitamins and minerals are available by eating real food.

What they did was eat as close, natural, and organic to the earth as possible, which is also the main reason why we as the human species have survived for so long.

The Start Line On Learning How To Jog Without Getting Injured