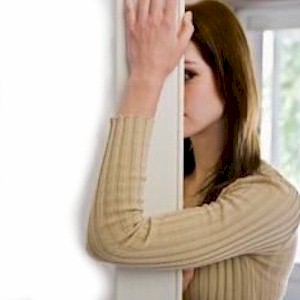 We are all introverts to some degree as that’s what drives our behavior. Yet for some, it’s a difficult thing to admit they are one. When one thinks that someone is introverted, what’s usually assumed, the perception is that these individuals just don’t get along with people.

But that’s quite the contrary as introverts are usually warm inviting people, who enjoys others, while being extremely powerful in their own right. The stigma that’s attached to introversion is having the tendencies to resist, hide, deny, and appear aloof.

There are certain behavioral signs which are considered to be introverted. This can expose the grounds of learning about their attitudes, which suggests that certain parts of your own personality may be less extroverted as you previously thought.

Signs That You’re An Introvert

Your Best Ideas Come When You’re Alone
Your best thinking moments occur whenever you’re by yourself. Although you’re not opposed to group discussions or meetings, but if you want to come up with a solution or a creative breakthrough, you want some alone time to work out the problem on your own.

You seeking the time and the opportunity to reflect quietly on certain issues allows you to take advantage of your ability to engage in original thought, while producing creative results which you can be proud of.

Others Ask For Your Advice Or Opinion
Similar to how introverts are less likely to just stand up and volunteer in public situations, they’re also reluctant to voice their opinions or give advice to others.

It could even be a family discussion during dinner or a staff meeting on deciding the marketing of new products, those who are introverted will keep their opinions to themselves, while allowing the noisy extroverts to take control and chatter.

But since your advice is always sorely needed and highly valued, it’s likely that you’ll be asked “So what do you think?” This because your behavior suggests that your wanting to keep your thoughts to yourself.

You Avoid Small Talk… Gossip
You don’t bother having a conversation with those you don’t know or have casual contact with. You can never imagine being that person in the morning coffee lineup who chats up with strangers about the weather or anything else.

If you happen to be stressed out or late, you don’t allow your emotions to stream out to others around you, but will instead just quietly mull over your circumstances yourself.

You may think that it’s no ones business other than your own, so you’d just prefer to break your “bad mood” on your own, your own personal way. Regardless, those around you never really know what you’re thinking or feeling at any given moment, this unless you feel obligated to share these private reflections.

You Enjoy Some Alone Time… Often
You’d rather have more time to yourself. So whenever you have the chance, you take the opportunity to take a break. During this time, you prefer spending the time reading, surfing the web, or listening to music on your headphones.

This quiet time you spend is extremely important to you and your sense of well-being and adjustment, even though you enjoy spending time with your family or friends in social gatherings.

You Avoid Confrontation
You’d prefer not to engage with anyone who appears on edge, upset, or angry. You would change your course of direction in a crowded room to avoid them, if you see someone who might be in a bad mood.

Those who are introverted just don’t want to associate with someone who appears to be mad at someone, at them, or themselves. This is usually because they fear that they may be negatively evaluated by them.

They may think that the person is angry because there’s something wrong with them first, so that particular gaze becomes a threat to them. Introverted individuals are more sensitive when it comes to potentially negative evaluations.

You Don’t Volunteer Your Opinion
You’re the last to voice your opinion if you do. You’ll never raise your hand whenever there’s a group discussion. As you most likely remember from school, there were always certain fellow students whose hands always shot straight up once the teacher asked a question.

Those extroverts were always ready, willing, and eager to stand out in a crowd, any crowd, whether it be a social or an academic situation. So if you leaned more towards being an introvert, you were just content to sit back and allow others to be the focus.

It’s not because you knew less than others or that your opinion didn’t matter, but there was just no particular need or desire to voice up and be the center of attention.

You Receive More Than You Give
Those who are introverted won’t voluntarily reach out. They always do as they’re asked. They won’t help which makes them appear aloof, and at times can become frustrating because of their timid stance.

Similarly, introverts won’t initiate emails or texts but will just respond to them. If there’s a need to invite people to a social function or an event, they’d rather send out emails than phoning them.

The reason being that they don’t want to be evaluated, or rejected. By calling someone on the phone, there’s a chance someone can say “No,” which is found to be absolutely demoralizing, a blow to the self esteem.

The State Of Being An Introvert
Introverts are less likely to get bored unlike someone who constantly needs social attention and stimulation. The risk being that they appear superior to others, appearing snobbish.

So just give yourself permission to be a bit more open and revealing on occasion. Extroverts on the other hand can always benefit from practicing a bit of restraint by being a little less revealing and more mysterious.

How To Apply The Force Of Manifestation To Improve Your Life