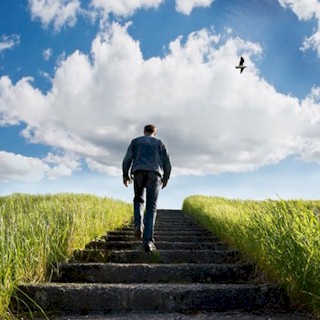 What working at a job does is gives one comfort, which fills their day, and before they know it, they become workaholics, this to avoid their low self-esteem issues. What managers need to realize, is finding ways to solve this problem, which can then improve worker morale, and even productivity.

What studies confirm is that close to 85% percent of the population, suffers from some degree of lacking self-esteem. The stigma remains that such challenges are only characteristics of the uneducated, poor, or those who are disadvantaged from a lower socioeconomic class. The truth being, it’s common in all walks of life.

Every successful business person, every employee, has experienced a lack self-esteem, this at some point in their lives.

This can be social anxiety, or they having difficulty establishing close intimate relationships. They can suffer from low self-esteem because of their physical appearance, or their poor health.

So they work hard, they have no fun in their lives, devoting too much attention towards their jobs. Many are driven to succeed, this to compensate for that deficient feeling in their personal life.

Then they become stoic, boring, and their heart hardens, as they neglect relationships, recreation, personal and spiritual development.

But It’s The American Dream
This becomes the pursuit for many, to become successful. It’s an admirable trait and there’s nothing wrong with finding an occupational niche, where one can excel.

However, those who lacks self-esteem in their personal life, find themselves driven to accomplish more, driven to prove their worthiness. At their job is where they shine, but what they neglect is their self development, as they focus exclusively on work.

The Core Of Self-esteem
Their actions are constructed on a bed of false belief, a weak foundation where they feel they’re not good enough at life. That they’re unworthy or defective, which leaves an emptiness, even in the areas where they can potentially excel.

This is similar to climbing that endless ladder leading up to the sky. They think that if they can climb high enough, that they’ll become successful, and all their doubts will vanish, as they’ve proven their worth. Then they’ll experience happiness, fulfillment, and satisfaction.

However, the higher that they climb, they never seem to arrive. There’s always new goals and objectives which challenges them, this to prove their worthiness all over again. The more that they achieve, the higher they want to go.

All this effort, and what they still feel is that they’re not good enough, or it’s short-lived. There’s never an endgame or peace of mind, while all they want is to just be accepted by others.

The foundation of their ladder is sinking in quicksand, as they’re falling faster than they can climb. What they never find is the perfection that they’re seeking. They’ll always finding flaws which only reinforces that they’re unworthy, or defective in some way.

An Imbalanced Life
There’s a cost one has to pay when it comes to never finding true happiness, fulfillment, or peace. The core to all this is a lack of self-esteem.

So by not getting to the source of their low self-esteem issues, what they’re sacrificing is their personal power. They’re creating an imbalance, which can only lead to ill health.

If their energy is constantly spent, preoccupied with their weaknesses, feelings of being incomplete with their past, then it’s not possible to be present today, as what’s sacrificed is their potential.

Their relationships suffer, the words and actions from others constantly become misinterpreted, as what’s intended to make them feel better, instead makes them feel worse.

Do You Think I’m Good Enough
They’re so driven to prove that they’re good enough, what’s sacrificed is their personal effectiveness and charisma, this since they focus more on their deficiencies, this rather than the wants or needs of others.

So they hide from social situations, or any predicament where they can look bad or “be found out.” They compensate by becoming a workaholic, this just to prove their worthiness to themselves and others.

Then because of this misdirected focus, what becomes lacking is their ability to help or impact others in need.

Will You Like Me
Most will adopt these thoughts of poor self-esteem which becomes a habit. They believe there’s something wrong with them, that they’re inadequate, and not good or worthy enough, so they work another 12 hour day.

What they need is to step back and be willing to examine their past, this to find out when this resignation, this damaging self-esteem began. Then they can reinterpret and heal, this to eliminate all the negative self-talk, all while consciously deciding to love themselves more.

Try Self-love Instead
What needs to be stopped is this vicious cycle that is a lack self-esteem, low confidence, and the never ending feeling of not being good enough.

The process begins with pinpointing and healing the past, so it can no longer suck out all the energy, while taking up all the attention.

Once facing these ghosts of the past, what doing so does, is creates the freedom and the time to analyze what their present state of affairs are.

Then what’s identified is what’s working in your life, and what needs to be worked on, this to live a self-empowered life. One that feeds on your most important values, inspiring you to live passionately.

To Live Your Destiny
Then what’s possible is discovering your birthright, what you were intended to do. Choosing to do the things which excites you, while no longer resigning to the self-pity which no longer serves you.

What everyone deserves is living their life with intention, this to honor their God-given talents, which leads to a more happier fulfilled life, one filled with gratitude.

9 Natural Sugar Substitutes That Are Healthy