What most medical governing bodies state for better heart health, is not to consume any more that 150 calories of added sugar, which are sugars, sweeteners, and syrups that are “added,” or hidden in foods during processing or preparation.

What’s known is that every organ is somehow affected by sugar, which can lead to tooth decay, diabetes, heart disease, obesity, and poor cognitive functioning.

Refined sugar is the more common form of added sugar, which should be substituted with natural sweeteners. Most of these natural sweeteners are found in fruit, so they’re a healthy option for your sugar craving. 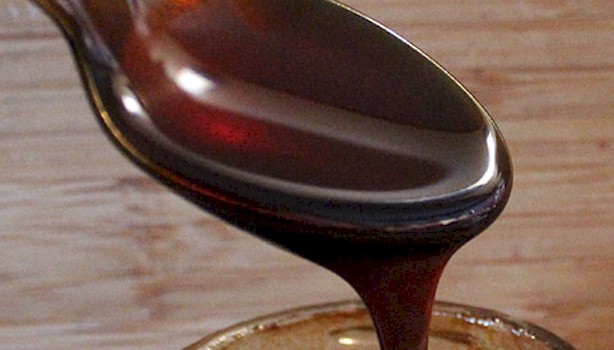 Yacon syrup, which is a healthy alternate to sugar, has gained in popularity recently as a weight loss solution. It’s derived from the root of the yacon plant, which is found in regions of South America.

The juices which are extracted from its roots, are filtered and then evaporated by using a chemical-free manufacturing process. It’s final consumable product, is a thick dark syrup which resembles molasses.

Since it’s a prebiotic, what this natural sweetener does is helps in the absorption of calcium along with other vitamins, while promoting healthy gut flora.

What this promotes is good digestion. Since it has a low glycemic index score, while containing concentrated prebiotic fiber, yacon syrup is an excellent choice for diabetics, or those on diets. 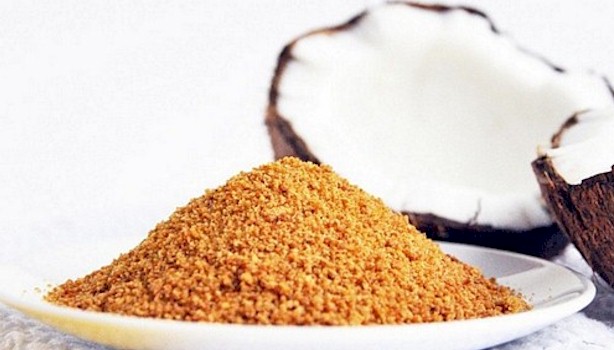 Coconut sugar is a type of natural sugar, that’s derived from the sap of the flower buds of the coconut. This natural sugar substitute has been popular in Asia for thousands of years.

This sugar is produced by making a slit on the flower of the coconut palm, and its liquid sap is collected. The heating process forces the water to evaporate, to produce the sweetener. What it has is a subtle sweet taste that’s similar to brown sugar, with a hint of caramel.

Its major component sucrose, has only 16 calories per teaspoon. It’s an excellent source of potassium along with vitamin C. Coconut sugar is available in crystal, granule, or liquid form. As a substitute, it can be used in the same quantity as refined sugar when baking. 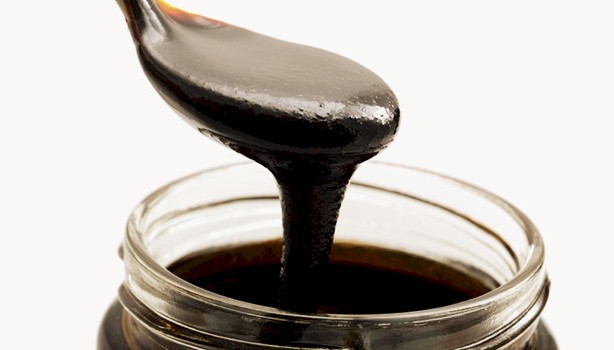 Blackstrap molasses is the result of the sugar production process. It’s derived from triple boiling the raw sugar cane, which isolates and concentrates its nutrients, which provides its deep rich flavor.

What it retains are all of the nutrients that’s extracted from the sugar, this during the refining process. These include calcium, copper, iron, magnesium, zinc, selenium, and potassium.

This sweet substance contains a moderate glycemic load, so it’s a good sugar substitute for those who are diabetic, or those attempting to lose weight.

What it offers is an unique rich flavor, which is popularly used as a topping on porridge or toast, or other concentrated applications. It’s an excellent sweetener for marinades, or baking. 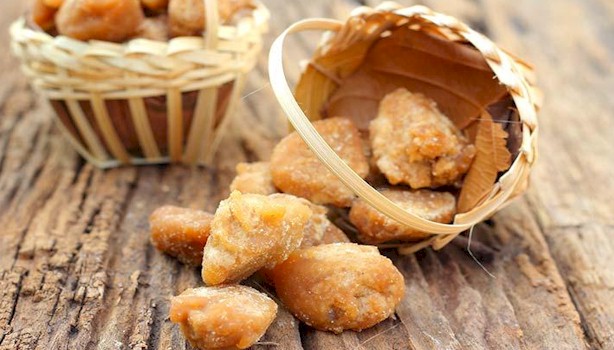 Jaggery, also known as gur, is an excellent natural alternate to refined sugar. It’s another by-product of sugar cane processing. It’s popular as an Indian sweetener.

Since it’s processed without the use of chemicals, what jaggery is able to retain are all the minerals, such as calcium, iron, magnesium, phosphorus, and potassium.

What’s it does is activates enzymes that helps in digestion, while preventing constipation. Jaggery is also known to improve immune function, treat the common cold, regulate blood pressure, help detoxify the liver, purify the blood, reduce headaches, and relax muscles.

Although jaggery has its benefits, it shouldn’t be considered as a safe substitute for diabetics. 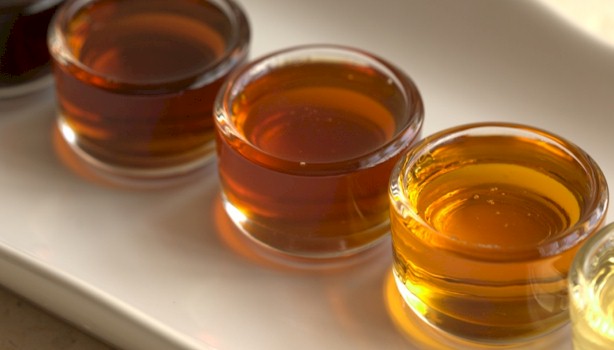 Agave nectar or syrup, is an extremely healthy alternate to sugar. This syrup is similar in taste to honey. What this natural nutritive sweetener contains are carbohydrates and vitamins, along with minerals such as calcium, iron, potassium, and magnesium.

It should however be used in limited quantities, this because although it’s low on the glycemic index, it has high fructose content. Fructose by itself doesn’t raise blood sugar levels, but what excess intake does is affects liver functioning, which leads to weight gain.

Agave syrup can be up to 1.5 times sweeter than common sugar. It’s also one of the preferred alternatives for vegans over honey. Since this syrup dissolves extremely quickly, it can be used in cold beverages, or on hot breakfast cereals. 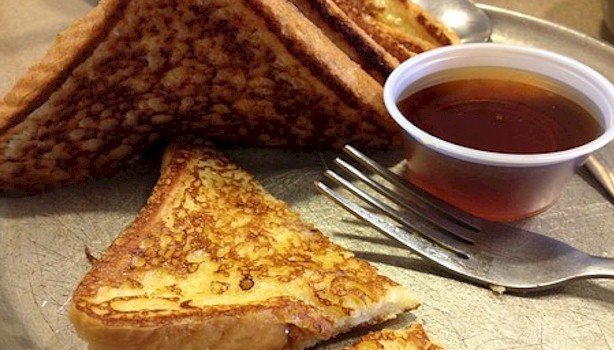 Maple syrup is extracted from the sap of the maple tree. The process of producing maple syrup, can be a complicated one. It begins with drilling into the maple tree, and then hanging a container to catch the dripping sap.

It’s then boiled, this to evaporate all the water content, while all the unneeded sediment is filtered out. It’s then graded for quality. What this natural sweetener contains is 70% percent sucrose.

It’s extremely healthy, as what it contains is calcium, manganese, and zinc. It’s also extremely rich in antioxidants, which lowers the risk of disease since it neutralizes free radicals, which reduces oxidative damage. It can be used for baking, sauces, or added to coffee, tea, pancakes, or into a bowl of oatmeal. 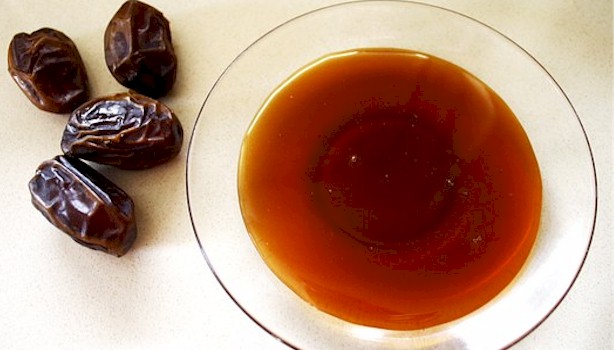 Dates are an extremely sweet fruit that’s picked from the date palm tree. It’s historically been used as a healthy alternative to sugar. The quality of the date itself depends on the glucose, fructose, and sucrose levels.

The nutritional benefits that’s derived from dates are many. It has a rich sweet flavor similar to brown sugar.

Dates are extremely rich in iron, calcium, dietary fiber, potassium, protein, and vitamins A, B, and C. What they also contain are trace minerals including copper, manganese, selenium, and zinc.

They have anti-infective, anti-inflammatory, and antihemorrhagic properties. Dates are digested easily, which helps metabolize proteins, fats, and carbs. 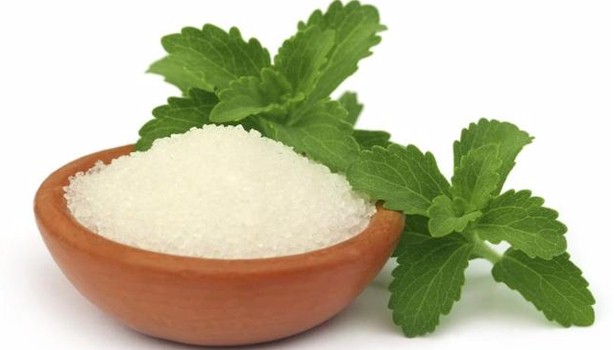 Stevia is an excellent healthy sugar alternative. It’s derived from the leaves of the stevia rebaudiana plant. It’s more than 200 times sweeter than common sugar.

It’s available in a variety of forms, such as in liquid, packet, tablet, or baking blends. Stevia can be heated and used for cooking and baking, as a natural sugar substitute.

What this natural sweetener has are antidiabetic and antioxidant properties. It’s capable of suppressing plasma glucose levels, along with increasing glucose tolerance.

What it contains are no calories, no sugar, or carbs, all while having a low glycemic index. Stevia is ideal for those who are attempting to lose weight, or those who may have diabetes. 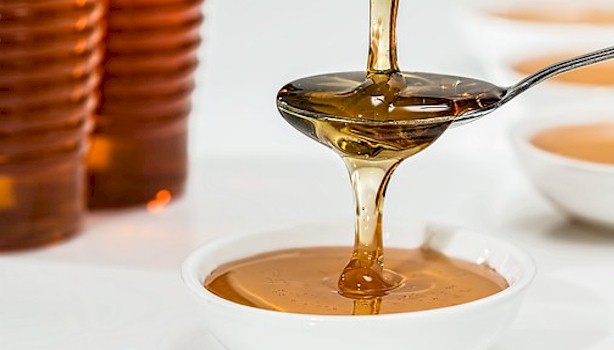 Raw honey has historically been one of natures healthiest sweeteners. It’s derived from the nectar of flowers, which is collected by the honey bees. What it contains is 80% percent natural sugars, and 18% percent water.

The remaining 2% percent contains vitamins, pollen, and protein. Fructose and glucose is what makes up the majority of it’s natural sugar content.

Since it has powerful antiseptic, antibacterial, antimicrobial healing properties, it’s also used for medicinal purposes to treat a variety of health issues. Make sure that it’s organic, pure, and produced locally.

Practical Ways To Live Your Life With Gratitude And Compassion