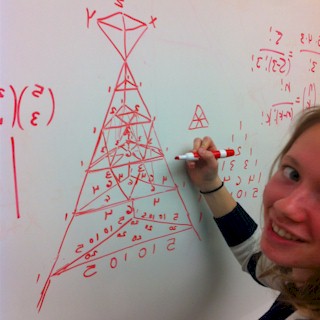 What’s known for certain, is that everything in life will always conform itself to general science. Everything eventually aligns with the universe. Nothing random really ever happens, everything has a purpose, for that event to occur. At times, the reason why these things happen, may never be known.

Everything that’s on the physical realm abides to, and are influenced by these laws of the universe. So these principles can be applied to your life, to your business. One of the core laws which has existed from the beginning of time, is multiplication, as it exists everywhere in nature. Everything in life as a result, is by multiplying something.

Multiplication is everywhere, as every living being or entity, will eventually expand, grow, then multiply. So the key becomes to apply this to your business, to apply these concepts as wealth building techniques.

How Humans Cells Multiply
It begins with us humans, as we grow from being a tiny microscopic cell, to becoming 5 foot 10 inches tall, and weighing 170 pounds.

What’s known is that there are trillions of cells in the adult human body, starting from that one cell. It’s not because of addition, it’s multiplication.

How we evolve into these huge complex beings, is because the human genome has specific biological instruction for the cells to split into two, and then multiply.

Like any other animal, we experience rapid growth spurts during the first few years of our lives. The cells multiply quickly, which significantly out numbers the cells that die.

After a certain age however, our metabolism begins to slow down. We grow older, and the cell growth process begins to reverse itself, and eventually more cells die than multiply.

Other reasons why the cells will cease to multiply, is because of DNA mutation, and cell damage which is caused by free radicals.

The Key To Everlasting Life
If our bodies were able to keep a balance, this between cellular senescence, which is the aging process of cells which results in the cells dying, and cellular mitosis, which is the process of how cells divide, then we’d be able to live forever.

One of the bigger hazards that eliminates cells are environmental reasons, such as disease or accidents. But even without these dangers, we’re genetically programed to live a certain amount of time.

This is exactly what happens to other multi-cellular organisms. New specimens constantly replace old ones, which keeps the species alive. Without these new specimens mutating, we would all become extinct.

Similar Process Of Multiplication
There’s something that can be extracted from all this, and applied to the business world. What we see is how things which multiplies, can explode exponentially.

Even with a tiny microscopic particle, what’s possible is increasing it in size, this so it will grow huge, this usually over a short period of time.

For instance, say that there’s a way to double your money every month. What this means is you’ll earn 100% profit on your investment every 30 days, plus your initial principal back. What results is that $1,000, will make you a millionaire in 10 months.

The illustration showing that it’s possible. What’s difficult however, is finding an investment where you can double your money every month.

Ways To Compound Money
Compounding money has been attempted by trading the financial markets, as the theory is viable. But trading is an extremely risky venture. When compounding profits, what’s risked is losing it all.

What needs to be known is that time is the best ally for a smart investor. The sooner one begins investing, the less capital that’s needed to start.

There are a variety of other ways to compound profits. Some are riskier than others. For instance, some will buy land.

Once the land appreciates, they’ll sell, and then reinvest the profits to buy more land. They’ll continue to do this for years, and their overall wealth increases.

Another proven way to compound money, is to generate multiple streams of passive income. This method isn’t as risky as trading the financial markets, by reinvesting the profits generated.

The key becomes constantly reinvesting the profits which are generated, which offers the potential for one to become wealthy. What’s needed is adding new streams of passive income, then reinvesting those profits to newer streams of income.

As the saying goes, no risk no reward. What’s also known is that the higher the risk, the bigger the reward.

Streams Of Passive Income
To start a low-risk strategy of compounding money, begin by setting up multiple streams of passive income.

Once they start to generate profit, then use a portion of those profits, to fund a new project. Once you have two sources of income that’s generating revenue, then proceed and set up a third one.

Continue to do this until you feel comfortable with the various streams of income that you’ve set up, and happy with the amount of profit they generate for you. The great thing about passive income, is that you don’t need to work on them actively to make money.

What these streams of passive income will do is generate money for you, this even if you’re working on something else. All they need is the occasional maintenance, which only requires a few hours per week.

Sure this is all theory of numbers, while it also takes time to find and set up these various streams of income, but the mathematics of multiplication exists. So find ways on how to use it to your advantage.

Hey Cupids Not Coming: It's Up To You To Find Love In Your Life