How To Remain Optimistic In Times Of Adversity
Skip to content 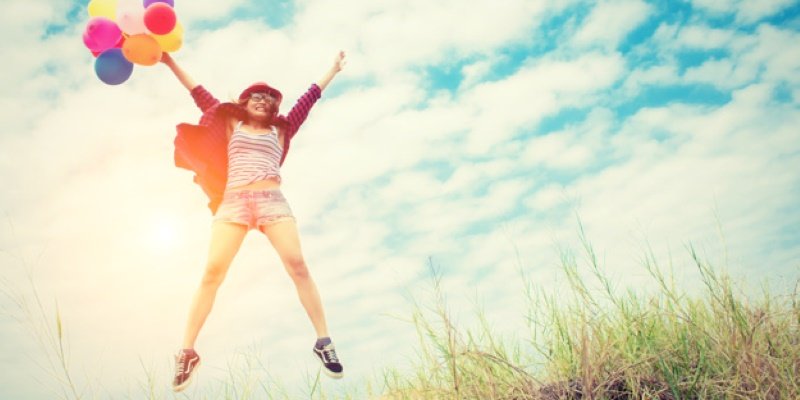 Adversity is the unexpected grief or trauma that can strike us at any moment in our lives, usually from left field. This when we’re least expecting it the most. Although many claim there’s order in the Universe which directs our lives, chaos does happen. Once setbacks do occur they can be devastating.

To help us through these times, what’s needed is an optimistic mindset. Optimism is the core belief things, particularly our immediate future will turn out well.

That after any tilt off balance, we’ll continue to have positive experiences, rather than negative ones.

Although our brains are set to think on a negative bias, optimism is also part of our make-up. What optimism requires is more effort.

What optimism does, is influences our overall worldview. It affects how we experience every area of our existence.

What’s known is optimism is the key driver, that effects our physical health and mental wellness.

Not only does being an eternal optimist promote better health, entrepreneurs claim it’s the key to their success.

Two Ways Of Dealing With Adversity

What every setback requires, is some type of response. Doing nothing is a response. How we cognitively respond to any type of setback, is referred to as “coping strategies.”

Everyone responds to setbacks in two distinct ways.
1.) – The first is problem focused coping. What this person attempts to find, is what the main cause of the setbacks are.

They will deal with it directly and forcefully, attempting to eliminate or alter it. To analyze the hardship then determine solutions.

2.) The second is emotion focused coping, where the individual will find ways of reducing or managing the emotional aftermath of adversity.

So the person might attempt to distract themselves, this to avoid pondering about the event.

They may also seek emotional support from their family or friends, or even turn to religion or vices for solace.

How Optimists Deal With Setbacks

Those who are optimistic, view setbacks in their life positively at all times, and thus their coping strategies are different.

All they think of are favorable outcomes, while remaining more strategic in their actions.

If the distress is something that can be controlled, such as an impending job lay-off. What optimists will do is take charge, this by finding out ways to solve the problem, this both cognitively and emotionally.

They’ll immediately start looking for a new job, tightened their budget, while asking their social network of friends for help.

For sudden uncontrollable setbacks, such as an unexpected health issue, they’ll use problem focused coping. They’ll keep their negative emotional response in check.

What they’ll do is seek out emotional support. Some may turn to faith or if they’re not spiritual, they cope.

When attempting to accept their new altered state of life, they’ll face their challenge head on, while not attempting to run away or avoid the problem.

Optimists Direct Their Focus Towards The Future

Once there’s any type of adversity, what’s needed is controlling which areas to focus on. This when working through the issue.

What’s found is what optimists will do, is display distinctive “attentional bias.”

They’ll focus more on the positive aspects of the bad situation, while avoiding the negative outcomes.

This includes even if it’s affecting them directly, such as the physical pain from a bone fracture for instance, or the loneliness after a failed relationship.

If the optimist happens to have a chronic illness such as asthma. They won’t focus on the gloom of their illness, even if the symptoms worsen.

They’ll display diminished attentional bias on the issue, even if things go bad or an unexpected setback occurs.

This is an adaptive stress response, that’s associated with being optimistic.

This also extends to the dynamics of daily life, where the thought is optimists are luckier than others.

This because of their reluctance to dwell on their problems, or become stressed by them.

The biased attention the optimists gives, the positive spin they conclude to the situation or quandary has two benefits. “Sense making” and “benefit finding.”

What they allow for, is themselves to make complete sense of the misfortune that has occurred, and will form an understanding on why it happened to them.

For instance, after the sudden loss of a beloved parent, the optimist will think “that’s life.” Or they might ascribe it to faith or fate.

The other benefit is it enables optimists to find something that’s positive and meaningful, this even within the negative experience.

Doing so allows for personal growth, that can be somehow useful in the future.

After their parent passes away, what they’ll become is more mature and insightful, while having a better more nuanced perspective about life.

Once faced with any type of hardship, be it a social relationship, a disagreement with someone. What it does is gives them solace, giving them tangible sense dealing with the setback.

What this social support can become, is profoundly revealing.

If the misfortune happens to be permanent or long-term for instance. What optimistic people will continue to do, is adjust better towards their worsened or changed circumstances.

Those who aren’t as optimistic, need constant ongoing social support from friends or family, or therapy. They can’t handle it that well, even if the event happens to dissolve.

One study for those who’s been treated with a major illness, social support only benefited those who weren’t that optimistic, this to improve or adjust their outlook.

For those who were optimistic, the additional social support didn’t have much of an influence.

For those who had low optimism levels, receiving social support was associated with lowered anxiety.

Those who were eternally optimistic, it didn’t matter if they received any type of support whatsoever.