Setting Up Access Points And Maintaining A Wireless Wi-Fi Workplace 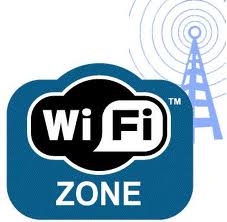 Setting up a wireless network isn’t just a convenience any longer, they’re quickly becoming a vital part of the enterprise culture. It’s now almost impossible to enter into a workplace who doesn’t have Wi-Fi connectivity in some way.

This because of the the millions of portable wireless mobile devices roaming around, from traditional netbooks and tablets to smartphones, which everyone now seems to carrying around with them for business. So Wi-Fi is the primary connector, providing for an industry-standard communications layer connecting untethered devices.

[ad#co-1]
Making your enterprise Wi-Fi friendly is now just good business. Wireless connectivity fosters goodwill among your visitors, while enabling your workforce to stay online and connected while they’re at their desk or on the road. It also provides network access in those areas which are either inconvenient to access or too expensive using traditional network cabling.

But successfully pulling off a working Wi-Fi deployment can potentially be tricky. For instance, it may seem logical to just install the most affordable Access Point or (AP), and place it in the corner of the office. But going this thrifty approach will most likely fall short of what you or your customers are looking for.

When You Need More Than A Simple Wi-Fi Solution
Before you embark on an enterprise wide deployment, you’ll need to make sure that Wi-Fi alone is able to meet your needs. If you’re wanting to provide tablets and laptops along with all the other mobile devices wireless support for Web access, Wi-Fi can be the solution. It’s also an excellent asymmetric application access for situations where the users are consuming just one-way bandwidth.

The cracks or shortcomings of Wi-Fi’s will become evident however when you’re attempting to use it with in-house business applications which are not Web based, such as client/server applications.

Also, there may be problems with software packages which are not capable of dealing with the occasional communication based glitches. When attempting to run say an accounting software app over Wi-Fi, the software may not be able to cope with the occasional lapses in connectivity.

Although Web browsers wouldn’t even notice this type of minor glitch, applications which need to accurately send a lot of traffic isn’t able to handle the communication errors, thus making them not very compatible with Wi-Fi.

If you’re also attempting to stream any type of multimedia content over Wi-Fi, you may encounter some difficulties as well. It would depend on your exact setup as well as the quality of your AP. Some users as a result may be disappointed, especially if the AP is densely populated. The cheaper, more affordable APs will typically work fine for just a few users, but they’re not able to keep up once you scale it to ten or more users.

The 802.11n specification employs a multiple-antenna system which provides for a much greater range than the 802.11g did, and it’s able to transfer data of speeds of up to 300 mbps, this compared to 54 mbps for the 802.11g.

Why Location Is So Important
Any successful Wi-Fi installation will involve more than just scattering several APs around your office and then just hoping for the best. To begin with, you should be considering exactly where to place the APs.

You should also know what the interior walls of the building that you’re installing the Wi-Fi are composed of, as well as how many APs needs to be installed. The exact placement of the APs is critical to deploy the wireless signals efficiently. One option that you can consider is centrally placing the APs throughout the floors to provide for “inside-out” coverage.

Another method is to go “outside-in,” which is placing the APs in all of the corners as well as along the outside offices, with the APs pointed towards the user areas.

If your particular building setup doesn’t allow APs to be placed directly in the users space, you can always use the higher end outdoor APs which will “light up” the building from outside of the physical walls. This can be particularly useful when in multiple tenant situations. What you’re also able to do is combining the approaches so you’ll get the exact coverage which you need.

One thing that you’ll need to be aware of is where the building on their floor plan has their elevator shafts, or any other type of major equipment. This is when an inside-out approach will provide for the best possible coverage along with easier deployment as well.

Also what’s vitally important is that you’ve planned for an adequate number of APs. There’s been numerous examples of Wi-Fi installations which fail because the company decided to use far too few APs to cover the office space or the number of users. Keep in mind that a typical AP is able to cover a radius of around 300 feet.

What you’re office walls are composed of, as mentioned, plays an important role in how far the Wi-Fi will travel indoors. Wooden construction is by far the best while walls which are constructed by steel studs aren’t as good. Concrete walls which contain steel rebar is by far the worst.

One or two walls near the AP will interfere and thus greatly reduce and weaken the Wi-Fi signal. If the path towards an AP happens to traverse a wall at a particular angle, the signal will also degrade a bit as well.

There are number of portable hand held tools such as scanners to smartphone apps which are able to check for wireless signal strength around the various areas within a building. Using these tools can help you in getting the best optimal AP placement.

Bringing It Back
When you’re distributing the APs around the building, you have another issue which you need to consider. This is how exactly you’re going to connect the various APs to your network backbone. If you’re placing the APs in locations where there’s already existing network jacks, then it becomes a lot easier.

But if you decide to chose locations which are remote from any existing cable runs, such as a drop ceiling, then you’ll need to make a few decisions. The most preferred solution is by using a physical network connection, which will tie the AP directly to the network backbone. But if you’re wanting to place the APs at odd locations, there may be another way.

Some of the higher-end and more expensive APs have dual-band capacity, which means they are equipped with a 2.4GHz 802.11b/g/n radio signal along with a 5GHz 802.11a radio signal as well.

You’re then able to use a technique which is known as WDS, which means “wireless distribution system,” over the 5GHz signal to connect to the local area network or LAN, so the 2.4GHz signal can be used for client access. Doing it this way, in theory, should allow you to use both on a single band, but if you do so, the overall performance may suffer.

Security Measures Locking It Up
As in any wireless network, the security measures should be paramount. If you have any unsecured APs, it then allows for any casual user off the street to access directly inside the network.

Even if there’s controlled guest access, it’s still recommended that all of the users be securing their connections by using a password at the encryption level. The very least should be a username and password at the Web portal.

Wi-Fi Access Points are able to support a variety of encryption algorithms including WPA, WEP, and WPA2-Enterprise. All of these are better than no encryption at all. You should also avoid using WEP unless you have a strict reason for using it, as it’s relatively easy to crack and thus no longer even treated as a valid secure encryption method.

The more expensive and higher end APs are able to support more than just one SSID, which is the wireless network, allowing the admins to be able to match a SSID to a VLAN.

This will simplify the task of placing the users into a security profile or even a specific network. When you’re able to define multiple SSIDs on an AP, it then allows the IT staff to be able to control how the Wi-Fi network is displayed to the public users.

For instance, one AP is able to handle all of the secure corporate traffic, while simultaneously, it presents a public-access SSID which allows just Internet access. By matching the SSIDs to the VLANs and the network access, admins can then maintain control over the Wi-Fi traffic as well as their users.

This type of control is the key for a successful Wi-Fi deployment, presenting a highly secure, high performing environment. You’re also able to regulate access as well as usage, while keeping all the users productive as well.

How To Save A Relationship Headed For A Communications Breakdown