Stop Spending So Much Cure Your Chronic Buying Impulses Now 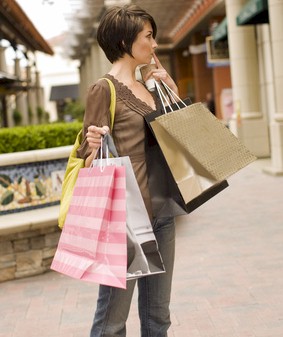 So you’ve finally decided to get your shopping and your poor spending habits under control. You stand up and declare: “I’m a problem chronic impulsive spender and I want to get it under control!” You ultimately decide that the only thing that you would purchase is groceries and necessities and nothing much else.

But then, just three weeks later, you suddenly click on an email link which has an unbelievable six-hour blowout sale, and then impulsively, you purchase a pair of those red designer shoes. This then once again automatically activates your spending binge habit, which results in even more debt than you’ve ever had before when you began your “No Spending” stance. So despite your best intentions and efforts, and although your thinking was correct, what you set out to do almost guaranteed that you’d stumble at some point.

[ad#co-1]
You Think Your A “Problem Spender”
First, you labeled yourself as a “problem spender.” A better method may of been to identify yourself from a personal strength standpoint and resolve what positives that you have in other parts of your life. Then label any of the previous bouts of over spending as a mistake which you will not choose to make in the future. This is an important as well as a powerful mental shift, and is a mirror of being defensive or reactive. It makes you become proactive by displaying personal power and control.

Trying To Please Others
You may have shared your “spending” responsibility declaration with your friends or spouse. So because of this, what your doing is wanting to satisfy and prove yourself to that person, rather than reaching that goal for yourself. What you did was alter and shift your spending stance to please them rather than for personal reasons.

This is the same if you’re on a diet and you decide to sneak a few treats when your spouse isn’t looking. A much better method is stating your intentions and then asking those close supporters around you to respect your new boundaries. This means the things you need to do to curb your spending, such as avoiding those costly designer coffees or purposely avoiding the mall.

You Had A Negative Goal
Your goal may have been completely negative from the start, such as stopping spending altogether. It’s a lot easier to accomplish or reach positive goals which involves getting or achieving something rather than attempting to stop something.

An easier goal for you to accomplish may have been to reduce your monthly credit card bill instead. So since you would need to stop spending to reach that goal, your focus would then be on what your getting, and not just on what you’re giving up.

Going Completely Cold Turkey
Going absolute cold turkey on anything is extremely difficult to do. The fact is that you need to purchase things, usually sundry items, on a daily basis. Although drastically reducing your spending may certainly be possible, forgoing or completely stopping all spending will often result in a slip-up. And once that occurs, most will just automatically view themselves as failures, and most will just revert back and decide to give up or abandon what they were doing.

Falling Into Temptation
When you finally let down your guard down a bit and spend, what you did was expose yourself to temptation. All of those “Buy Now” retail email campaigns as well as those limited time, “Deal-of-the-day” emails and programs are crafted to place shoppers in a position of making immediate impulsive purchasing decisions on a regular and repeat basis.

These types of offers are usually more insidious than deciding to drive down and visiting the mall because of the time pressure element which instantly elevates the need to act as soon as possible. They also make it an easy and fun affair for you to purchase for obvious reasons.

Anyone who’s really serious and genuine about limiting or stopping their excess spending habits should be and willing to cancel each and every one of those tempting Internet retail email subscriptions.

Buyers Guide Finding A Smartphone To Fit Your Needs

Drunk Because Of The Antioxidant Resveratrol In Red Wine