Symptoms And Steps To Avoid Burnout In Your Work And Home 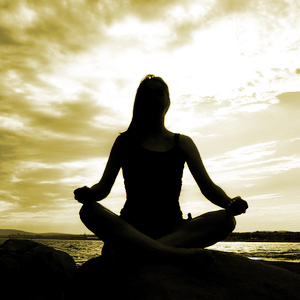 When it comes to individuals who experience burnout, it’s now become a multi-purpose term which refers to someone who will commonly and casually mention during lunch, or at the end of the work week, “Darn, I feel so burned out,” when they’re usually most likely just tired or having a bad day.

But for those who are overworked and as a result truly burned out, it extends much further than just a bad week. It’s now become a chronic problem which can significantly interfere and damage one’s health, their overall quality of life, and ultimate happiness.

Unfortunately, the telltale signs for most burnout victims occurs when it’s too late for them to recognize the symptoms. Once this happens, it can become a very real and dangerous condition.

The good news however is that it never has to get to that breaking point. What you need to do is identify the signs of burnout early, and put a stop to it by reversing the downward spiral. So the biggest question becomes, “How do I know that I’m burning out?”

Burnout In The Workplace – The Signs
There is a definition which describes what the actual burnout process is, what it feels like, which becomes a state of frustration as well as experiencing chronic stress, which leads to:

• physical along with emotional feelings of exhaustion
• a sense and lack of ineffectiveness, poor lack of drive or accomplishment
• feeling cynical and detached

When combined, these symptoms can eventually lead towards the inability to personally or professionally function and operate on a reasonable basis.

Although these symptoms will usually overlap each other, they also have their own unique characteristics and symptoms. As with anything that’s associated with stress, there are also different degrees or levels when it comes to burnout.

So the best method of preventing burnout is identifying the various symptoms as soon as possible, as the less severe the symptoms are, the easier you’re able to relieve them.

The Signs Of Emotional And Physical Exhaustion Leading To Burnout

Anxiety
Experiencing chronic anxiety is one of the most common signs of burnout. Initially, the feelings of anxiety may be nagging episodes of tension, edginess, and worry, which will interfere with your ability to be able to concentrate, judge or be attentive.

Physically, you may experience your muscles becoming tense or your heart beating faster. Over time, it’s possible the anxiety can become so severe to the point it may interfere with your ability to work or manage your responsibilities at home or the office.

The feelings of dread and apprehension are also quite common. In some severe cases, the anxiety may even become and result in panic attacks.

Chronic Fatigue
When you’re in the initial stages of burnout, you’ll find that you lack energy and will feel tired quite often. You begin going to bed early and then waking up tired.

You may begin to physically move slower as well as think slower than usual. You may find that you’ll need more time to get ready, or get organized than usual, just to get out the door. At its worst, the fatigue will become psychological, leading to states of exhaustion and bouts of depression.

You will feel drained out. Everything that you do, grocery shopping, preparing dinner, even drawing a bath takes a concerted effort. You’ll have no energy, do as little as possible at work and begin phoning in sick and then staying in bed all day.

This level of extreme fatigue often results in a feeling of dread for what potentially lies ahead for you in the day ahead.

Anger
Anger is experienced since burnout victims will often feel like failures while experiencing bouts of guilt. Then these feelings may eventually turn into anger as well as resentment, as the stress continues to rage on. Eventually, you’ll feel that you have absolutely no control over it.

Initially the anger may be interpersonal tension with coworkers, friends or family. As the burnout becomes a lot more severe, the anger will usually intensify and the end result will be angry outbursts turning into serious and at times violent arguments at the workplace or at home.

You may even cross the line into actual physical violence in extreme cases. Once the anger escalates towards committing harm on someone, when you actually cross that line and get into some type of an altercation, then it’s time to seek professional assistance as soon as possible to prevent further harm.

So Are You Burnt Out
These are just a few of the symptoms of a long laundry list of indicators which points towards being or becoming burned out. You should have a fairly good idea and sense if you are actually burned out or not. If you’re not completely sure, then there are some “tests” which you can take.

The Recovery From Burnout
The first is to completely committing yourself to a relaxing, stress-free weekend. During this time, you can’t do any work whatsoever. That means absolutely no work related calls or work-related texts and emails.

If your family happens to be a source of stress for you, try getting away from them just for the weekend. Basically, the purpose is to remove yourself from as many sources of stress that’s in your life as possible and then infusing as many stress-reducing elements, which is usually rest and relaxation, for those glorious two and a half days.

Try to sleep in as much as possible on both days. Eat the right foods and get plenty of fluids. Occupy the time with relaxing activities such as massages or yoga, things that you rarely allow yourself to do.

If you like to read to relax, then read a book. If you like cooking, then cook a feast. If you like to write down your thoughts, then do so. If you don’t like doing anything at all, which is usually the best cure, then do absolutely nothing. The key is not exposing yourself to any level of stress for the entire weekend.

Can This One Ingredient Remove Adult Acne For Good?