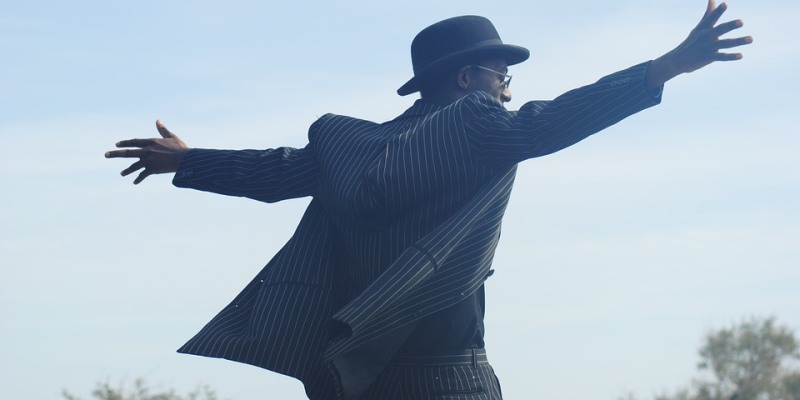 These are the powerful sleek successful people among us we see in the media, or they could be a movie star, our boss or a successful entrepreneur. They have dared to step across the dividing line, and become powerful individuals. Their life, bank account, and how they carry themselves proves it.

What’s found is these powerful people, aren’t like the masses when it comes to their habits. They’re accustomed to doing things a little differently.

It takes determination to step beyond ones comfort level, and achieve. Most individuals are reactive in nature, while those who are powerful are usually proactive.

The majority of us are content, comfortable with just avoiding problems or stress which confronts us.

So as a result, we’ll carry on with our lives and seldom feel a sense of achievement, these powerful people crave.

What then happens, is we’ll barely get through life. We grow old, and retire broke.

We face difficult life situations growing older, and overcoming them is one of the keys and a life lesson on why we need to change.

There are a collection of varying successful mindset thinking, these overachieving people comply to.

Those who exceed in life, are all early risers. Getting up early is the theme for all those who are powerful, so they could get a head start on the day before others.

What they’re doing, is demonstrating their power by turning their dreams into reality, by accomplishing their daily intent. They have determined willpower, as they accomplish their tasks early.

Getting up early, offers a host of benefits. Some will use it as a time to exercise, meditate, and to get their “stuff” together, before the hectic workday begins.

To wake early, they’ll just get to bed earlier, thus getting their required nightly sleep, as they consider their health a priority.

2. – They Constantly “Ask” For What They Want

Those who are successful, will persistently ask without fail, every time. If the response is a “No” they move on.

The successful among us, learns this fact of life early. To be proactive, they ask for what they want and strive get it.

Most have no idea or gives a darn what you want, as all they care about is themselves, first. So you need to go out and ask.

Once you know what you want, dismiss your ego and your pride, and just ask for it. Become bold and be direct, while making your request specific.

Be persistent, expect others to turn you down on occasion, and don’t be afraid to ask again. Be reasonable but not greedy.

The reason why most fail in life, is they’ll asked for something just once, and if it wasn’t given to them, they’ll never ask again.

They become scared, as they have the fear of rejection.

3. – They’re Bold Enough To Say “No” Themselves

Saying “no” when it’s warranted, is a power move. It doesn’t matter how you say it, or what you happen to say no to, or the reason why. Just that you’re able to say no, gives you authority.

One of the greatest tactics you have when negotiating, is the word “no.” It’s short, sweet, and to the point.

No, can dictate and make sweeping radical changes in your personal and professional life.

Saying no protects you from the extraneous and the obnoxious, fend off negative people, or from activities which wastes time. Your productivity will improve.

So never be afraid to say no to anyone or any occasion.

Once you begin saying no to the things you don’t like or want, things that are unkind, hurtful, or discouraging, doing so will give you power.

4. – They Read More Instead Of Watch

The most wealthy of individuals, aren’t glued to their TV, Facebook, or are wasting their time aimlessly. Successful people, watch less than one hour of TV per day.

What they do instead, is focus and improve on the things which makes their lives and business prosper. The fastest way of doing so it’s found, is by reading, so that’s their preferred pastime.

What powerful people also love to do, is learn by reading or watching instructional videos in their spare time, for instance.

They will constantly read anything printed, or research concise information online, this instead of watching the latest drama or romance.

5. – They Don’t Care What Others Think

Once taking a character scan on the traits the most successful people in the world do. What’s found is they come from different backgrounds, ethnicity’s, education, and religions.

They’ve all arrived, from different persuasions and passions and backgrounds.

One thing they all have in common, is they don’t care what others think of them. This isn’t saying they’re narcissistic, cold, or rude.

They care about people, but won’t attempt to please their every whim, react to what they want, this regardless of what it is.

They live a life which displays empathy, they genuinely care about the welfare of others. But ultimately, they know no one owes them anything. They paddle their own life raft.

No One Said It Was Easy

What’s vital is you want the support of your closest friends and family, and you don’t want them to stab you in the back. You live a life of prosperity and not scarcity.

What’s also important, is you shouldn’t cater to the expectations or the cultural morals of others. You’ll fail, if you try to please everyone.

Instead, just do what you do, the best you can. Allow things to fall into place. Let the critics whine, and the pundits pontificate.

Who cares what anyone thinks, just do your own thing and you will be on the path to become successful.