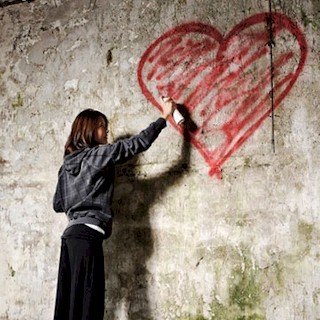 No one wants to hear the dreaded “Lets be friends,” as the friend zone is where you don’t want to be. It can result in keep or cut bait. Whether that person is a new acquaintance, someone that you’ve worked with for years, or someone you went to school with, you feel a connection, and you want to go beyond being friends.

A friend who doesn’t reciprocate back, this by constantly denying your romantic interest, becomes a challenging situation to navigate. You boldly profess your love, and then risk losing the friendship. So what’s the best solution, do you just bide your time, wait for something to hopefully happen.

Another option is to just let go, add distance to the friendship, and look elsewhere. A one way crush can be frustrating as well as emotionally distressing.

Your heart pounds every time that you’re with this friend, while you have no evidence that they feel the same way about you. There’s tension, you feel anxious and uncertainty, this when you hope that the friendship could eventually become a romantic one.

Strong Current’s Run Deep
Heterosexual individuals who are involved in a non-sex friendship, those opposite sex friends, tension at times can often run high, especially if the feelings aren’t mutual.

Behavior becomes abnormal and aloof. What’s made painfully aware are the desires towards them, while wondering what or how the other person feels. Are they interested, do they want more, are you completely out of their league.

Transitioning Into More
So how do you move that friendship forward, hopefully transitioning it into a romantic one. What’s needed by the individual is a more calculated approach, influencing by applying cognitive based techniques.

What happens on a Friday night with this friend, the love struck individual bravely does is projects their romantic feelings towards this particular person, all while wondering if the feelings are mutual or not.

What usually happens, is that these one sided love affairs will often result in, is an overestimate of their friends romantic interest in them.

This false belief however can also have an unexpected outcome. It can at times alter the other person to rethink their lack of interest.

Why Can’t We Be More Than Friends
• Jack and Jane has been in the “friend zone” for a while
• It’s Jane who’s always held romantic feelings for Jack, and eventually projects these feelings, thinking that he must be somewhat attracted to her romantically
• This belief of romance gives Jane the confidence to enact behaviors, which can hopefully have a favorable influence on Jack
• Jane begins to flirt more, engage in intimate conversations, dress to impress etc. Jane behaves boldly, this based on the assumption that Jack is also interested in her
• The outcome is that Jack eventually becomes interested

I Told You So
What self-fulfilling prophecies can be are extremely powerful mechanisms, and what they can do is underscore the importance of our thoughts and beliefs, this during these types of social interactions.

What this then does is confirms our initial belief that there are mutual feelings, this based on our sole influence and coaxing. So what initially appeared to be an illusion, becomes reality.

Your Influence Begins To Win Over
This projection of romantic interest, isn’t an universal phenomenon when it comes to friendship towards the opposite sex, even if the strong romantic feelings are held back.

What research has found when it comes to the self-perception of projection, is that those who viewed themselves as being highly desirable, engaged in this action more than those who happened to have less favorable views of themselves.

You might happen to think of yourself to be an extremely highly desirable person, that you might be able to influence better, and be more apt to influence your friend to think in your favor.

To Project Yourself Forward
What this dedicated projection doesn’t always do, is lead towards mutual reciprocal romantic interest. That certain attraction bait behaviors such as flirting, doesn’t always guarantee results.

What’s known is that attraction can be positively influenced, only if it begins as being neutral to becoming favorable.

If a friend doesn’t absolutely see their pursuer as a desirable romantic partner, such as just remaining friends and nothing else, the outcome isn’t usually favorable.

There’s also a dark side to projection, as what it could produce are unwanted sexual advances, this if it’s not tempered with an accurate sensitivity, this to the feedback that’s received during the social interaction.

Wanting To Be More Than Friends
For most, what these strong feelings of romantic interest does is forms the core foundation for a cognitive-behavioral sequence, one which potentially creates the opportunity to transition a previous friendship into a full-fledged romance.

These processes are usually often already active, and already working in these friendships. What research has now proven, is the reason why it happens, how it transpires.

To turn a friendship into a real actual romantic relationship, the take away message is to just take action, to take the next step that’s required and find out what happens. It might crash and burn and the friendship is lost, or it can turn romantic.

To find out, all you can do is try, so go ahead and flirt with your friend, this as if they’re interested in you as well, and then see what happens, see how it’s received.

You’ll never know until you try, this by moving forward. What this behavior can potentially be is a game changer, this when it comes to love.

Your Attitude Is What Projects How Successful You'll Become