The Best Way To Combat And Rid Of The Common Cold 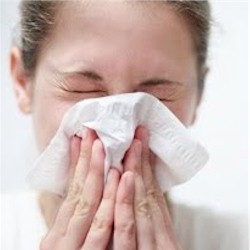 The annoyance and the inconvenience of the common cold is always lurking and unwelcome, as they can occur at anytime during the year. Colds can appear during the hot dry days of summer, but more usually once the weather begins to suddenly change. Once that invariable cold temperature begins to set in, it will then send that uncomfortable chill down your spine.

Thankfully, there are simple steps that you can take to effectively prevent or offset the common cold. There are some basic ways to combat the sniffles, and these methods do work surprisingly well once you understand how the immune system regenerates itself.

The human body functions similar to a precise piece of machinery, and every piece of complicated machinery that’s ever been invented by man, is based on the functionality of how the human mind and body works.

Machinery, such as airplanes, automobiles, and even the personal computer is created based on how the human body operates. They all require the intake of fuel (food, gas, data, etc.) which feeds and drives the think tank, such as the brain, an engine, or a hard drive, for it to propel or produce energy or information. It also needs a way to release or emit excess wastage, such as carbon from automobiles.

The human body is continuously bombarded with data when it processes information, as it provides and then adapts to the regenerative process, this in order to survive. But different from the car or a computer, life is all about renewal, and it often moves at warp speed.

We use up and replace all of the moving parts much more quicker. We remake and regenerate a lot faster, changing the flow of information as we progress. We’re also able to, for the most part, prevent and usually defeat any illness. But the one thing we can’t avoid, however, appears to be the common cold.

How And Why We Get Colds
Absolutely everyone is susceptible to getting colds at anytime of the year. And because of human transmission, they’re able to spread significantly when in large crowds of people. Kids for instance, will usually transmit a variety of colds to and from other kids, teachers, and then to their parents at home.

The various virus strains which creates the common colds are constantly mutating as well. Once the outside environment begins to change, as it gets either wet or drier, or the temperature fluctuates, the density of the infection changes, and the odds of you getting infected increases.

The Best Way To Combat The Common Cold
The key is tuning up and strengthening your immune system so that it’s able to move and adapt as quick as the cold viruses does. This can be done by constantly remaking, as well as renewing to fight off all the new challenges.

It becomes a constant battle since your immune system goes up against all of the different types of viruses, fungi, bacteria, pollutants, rickets, mycoplasma, and a lot of other substances which are living or not.

The good news is that the immune system is able to operate immediately through somatic hypermutation, which is a forced evolution which develops new antibodies, along with other chemicals, that fights off the various cold viruses in different ways.

Improving The Immune System To Prevent The Common Cold

Getting Quality Sleep
There are studies which show that even just relatively small decreases in one’s sleep pattern can make you more susceptible to catch colds, as well as other infections.

So why does these small disturbed sleep patterns worsen immune regeneration? The reason is because the brain processes all of the immune information while you’re resting. It will sift through and then summarize it’s status while the cells are rebuilding and regrowing. If this process is disturbed, it then opens itself up to susceptibility.

Keeping The Body Active
Individuals who are active, such as walking for 45 minutes a day, or biking or jogging for 30 minutes a day, are able to reduce catching a cold almost in half. The severity of the cold also appears to be cut significantly as well.

So how exactly does being physically active limit or reduce colds? Keep in mind that the body is an ongoing psychologically sophisticated machine that’s constantly processing information.

So what physical activity does is it helps in reprogramming and resetting this complex system of moving parts. Being as active as possible, physically, directly improves and accelerates the immune cell activity, which increases blood flow, and shifts the cells around the body where they’re needed.

In addition, increased physical activity exposes individuals to different foreign types of cold viruses, allowing the system to learn how to adapt and fight them quicker under various conditions.

Regulating The Body Clock
What we all have as individuals are different times of viral susceptibility during the day and night. So the regular routine activities that we do, such as: eating, resting, or moving around at all the “regular” times should help your overall immunity. So adapt to these routine patterns which allows your body to regularly regenerate itself to prevent colds.

Wash Your Hands Regularly
One of the worse receptacles of the common cold, especially when out in public is contamination via the hands. So make sure that you wash your hands constantly when you:

Consume Wholesome Organic Foods Such As Fruits Vegetables And Herbs
It just makes good sense although the statistics don’t always prove so. Filling your stomach with fresh fruits and vegetables should change the bacteria, as well as virus population in your system, helping you to keep the bugs and the colds away.

The stomach also requires various substances for the immune system to be able to function properly, through microRNAs, which affects the immune function directly.

Avoiding Tobacco As Well As Excessive Alcohol
Tobacco, especially second hand smoke does terrible damage to your immune system. What it also does is it clogs up your sinuses which then becomes virus staging areas. Moderate amounts of alcohol can modulate different forms of immunity, but that doesn’t appear to be the case for the common cold.

The Body Survival Mechanism
What your body does is it regenerates itself to survive. A big part of that survival mechanism is it’s capacity to keep all those unwanted bugs, such as the common cold viruses, from infecting as well as causing further illness.

All of the bugs in its various forms are always out there. They’re found in the air, the ground, and are transmitted on your hands, mouth, eyes, and nose.

What ultimately saves humanity from complete universal pandemics is an active, quick and versatile human immune system that’s able to adapt to these new threats, that’s how powerful it can be.

So you need to live better by allowing your body to regenerate itself with better food, increased physical activity, monitored rest, increased socialization, which all contributes in making the immune system stronger as well as a lot more effective.

Best Natural Products To Rid Of Annoying Bugs And Insects