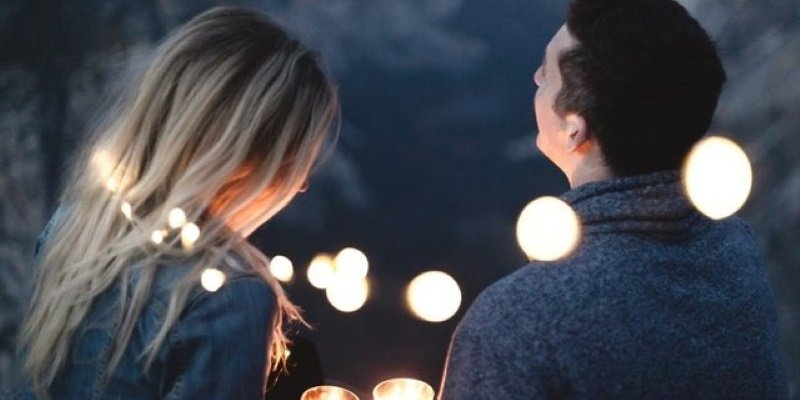 There’s a mutual magnetic attraction that occurs when meeting someone new for the first time. A chemical reaction, a spark which occurs before our conscious mind and verbal response, can realize or comprehend what’s happening. It’s beyond our senses.

What occurs is an act of science, a spontaneous response before saying, “Hello, is it me you’re looking for?”

There’s a sense of sudden anxiety which is quickly overtaken by anticipation, ultimately consumed by excitement.

The heart quickens as the sweat glands activate, this when meeting someone you’re attracted to. Especially a romantic encounter such as a blind date.

Then you’re instinctively attracted to that person but don’t know why. You wonder if they like you back?

One of the biggest mysteries of human nature remains attraction. Why we’re attracted to certain individuals, while we’re completely turned off, remain immune to others.

Is love at first sight is really often cured by a second look.

What’s unknown is those around you can actually detect this chemical attraction before you can. There’s sparks, electricity and chemistry igniting the both of you, yet you’re unaware.

What exists are a variety of nonverbal cues, which compounds and activates, this when there’s some type of mutual bond.

What people instinctively do is look more at those they like, while avoid looking at people they don’t like.

What’s known is it’s the chemical in the brain oxytocin that’s causing this reaction, and the reason for increased eye contact.

It’s oxytocin that’s also responsible for increased pupil dilation, which indicates interest. The wider the dilation is, the more attracted the person feels towards the other.

Those who know this, will purposely dilate their pupils, this to make themselves appear more sensual. There’s a fine line between increased comfortable eye contact and staring, which can then become creepy.

You can increase mutual gaze, this by maintaining eye contact while you slightly turning your head to momentarily break the gaze.

The other person then won’t perceive your extended gaze as staring, this because your head is moving.

This light glancing touch isn’t an invitation towards a sexual encounter however. All it indicates is she likes you, even before she realizes it herself.

What guys will do to express mutual respect with one other, is to fist or chest bump, lightly tap the shoulder, or during sporting events, hug.

Men will express their attraction towards women, by lightly engaging in similar playful physical activities.

Another way of showing attraction is known as preening, such as adjusting a crooked tie, picking lint off clothing, which subconsciously indicates a person likes you.

Touching is one of the best reveals if a person is interested or not.

To test, if you casually, accidentally touch another person and they suddenly or abruptly pulls away, that person isn’t attracted to you.

Body language, it’s orientation is an important indicator which reveals the person you’re talking to, likes you.

People will instinctively lean forward towards those they like, while distancing themselves from those they dislike.

So if two people are sitting next to one other and like each other, their heads will simultaneously begin turning towards one another.

Their shoulders will begin to slowly alter towards each other as well. Beyond that, their torsos will begin to turn, as they’re now facing one another, while leaning forward.

4.) – You Begin Mirroring One Other

Those who are keen will observe before you will, the subconscious reaction of mirroring someones body position, this if there’s attraction.

Mirroring establishes compatibility, which can also be used to find out whether the person likes you or not.

What it does is sends out a signal you like them, and in turn, they’re also predisposed to like you.

So when you meet someone you’re attracted to, begin mirroring their body position.

Then at some point later in the encounter, intentionally alter your body position. If the person begins to mirror you, this within several seconds, then they like you as well.

When first meeting someone, if they like you and are wanting to know you better, what they’ll do is begin removing obstacles which are between you two.

If they don’t like someone they’re with, what they’ll subconsciously do is instinctively place barriers, objects between themselves and the person they don’t like.

This can often be a physical barrier, such as a newspaper, cup, cushion, purse, or whatever is immediately available.

Yet placing a barrier doesn’t always mean they don’t like you. It can also mean they’re still not comfortable with you, that rapport has yet to be established.

So just observe any physical barriers such as they moving a cup, which potentially indicates if they’re interested in you or not.

If the person you’re interested in, happens to place some type of obstacle between you two, which is a subconscious gesture, what it represents is stay back, as a bond has yet to be established.

As the conversation continues, monitor if the person moves the object. If they happen to place it to one side, then they’re removing the uncertainty they feel, showing they’re warming up to you.

What being aware of nonverbal behaviors in a new relationship does, is allows you to monitor the progress of who you’re with.

Then you’ll know if the mutual rapport is building, which reveals whether a person likes you or not.

These nonverbal behaviors will predispose the person to like you as well.

This opens up the opportunity to develop the relationship hopefully towards dating, under mutual conditions.

How To Set Up A Marketing Plan To Accelerate Success