The Choice To Oppose Resistance Or Accept Change
Skip to content 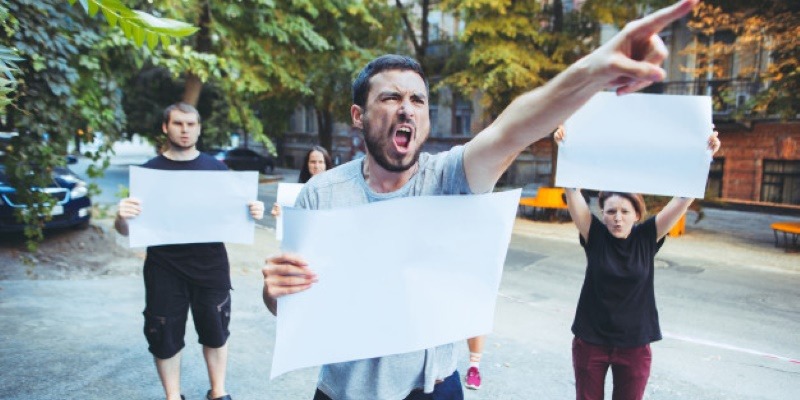 Resistance isn’t a new term or action by any means. But for many, reacting to resistance is new. The definition of resistance is to strive against, withstand, to counteract, to exert force in or against opposition. To defeat or to frustrate.

So, is resistance futile?

Resistance becomes useful for certain health hazards such as fighting off the flu or a virus.

If your body’s immune system is functioning efficiently as it should, you then built up the resistance to fight off that illness or disease. As a result you remain healthy, and not get sick.

The temptation to reacting against your will can strengthen you, while giving in can dampen your character.

Feeling resistance serves as an indicator something isn’t quite right, becoming an instinct.

It’s good to feel resistance, so ask yourself. “Why am I experiencing or feeling this way?”

There’s another angle to resistance, another side which can potentially destroy the very things we want.

This resistance arises from not wanting to change, remaining stubborn in our ways even though we suspect it’s wrong.

What we as humans will often do, is request something from the Universe.

Then once we’re given what we want, we don’t make the changes this request needs us to make, to set it in motion.

For instance, what you requested was more money to enter your life.

What the Universe then did was it filled the request, but not in a way that you expected, which was you needing to borrow money from a relative.

When you asked for more money, you had envisioned a different scenario than needing to borrow that money.

You were hoping that your business income would increase, you’d win some money, or you would get a raise. All what the Universe did was respond to your request, but you weren’t specific enough.

You “needed” the security of borrowing that money, but the emotional dependence from that source is what’s holding you back from financial independence.

To Accept Something New

It’s always easier to accept change when you initiate it yourself. Once someone else tries to initiate this change in you, your first reaction is to resist.

What the law of attraction states, is everything and anything that enters your life is because of the result of some type of vibration within you that you emit.

It could be a vibration you don’t like, as you do so unwillingly, or this vibration might be too subtle so you pay little or no attention to it.

It might be a vibration that’s gone underground, such as hurt or anger, which you didn’t even bother acknowledging when you first experienced it.

To Control Your Emotions

Emotions, good or bad are nothing more than energy in motion. Once you attempt to suppress this emotion, the ones you’ve judged as being negative or dangerous, it doesn’t go away but it hides.

It festers in your subconscious mind where it will silently sabotage your life, this by setting up resistance.

What this does is invites more negative experiences in your life, such as creating tension between someone you once liked.

Resistance will not only stall the process of getting what you ask for, but it also disintegrates, decomposes and separates the fragments of your true self.

What you then lose is a sense of wholeness, as you begin to feel disconnected from the source.

This disconnection begins to reveal itself on how you feel about yourself, along with how you relate with others.

Soon, what you’re doing is quarreling with someone you love, your best friend, blaming them for the situation at hand.

So what can you do about resistance, is there a way to harness or control it? Is there an alternate? Should you even be resisting resistance.

It’s found that doing so doesn’t appear to work, since once you attempt to suppress it, what you create is more of it.

So the solution is to just accept it. To learn creative acceptance.

When looking into the essence of attraction, what becomes apparent is the path that it takes.

For instance, there was a period in history when people were persecuted if they resisted a philosophical belief.

These beliefs were defined by the political or religious authority in power at that time.

For those who complied because they understood the protocol, did so out of fear.

So they controlled their thoughts, opinions and emotions which were usually different from the dictating body, and did so because they knew they would otherwise be punished.

So the choice was to comply with all of the demands of the aggressors, while denying themselves, this to remain safe by not resisting.

In most cases, to envelope the attraction process, most just simply moved on to find freedom to live with their beliefs in a more integral way.

One thing for certain is that change is bound to happen, it is inevitable as life moves on. People will constantly make changes that affects their lives somehow, along will altering the lives of others.

It’s known that change is the only constant in life, good or bad.

So it depends on how well we’re able to handle change, this either invited or not, which affects our vibration and quality of life.

So always take a few moments to notice resistance in your mind, body and emotions. Does it feel like it’s restricted, tight, frustrating, confusing or blocked.

Note all these emotions are all evidence of resistance.

Once you realize resistance, ask your Higher Self for understanding and acceptance.

Your mantra should be something like: “Please show me where I’m showing resistance, and then show me how I can creatively accept the situation.”

What we know for certain is that change will happen.

Once it does, you’re going to either fight resistance or create acceptance.

One choice can contribute towards the disintegration of your character, while the other strengthens your sense of wellness. It’s up to you.

How To Marinate Wine With Gourmet Dishes