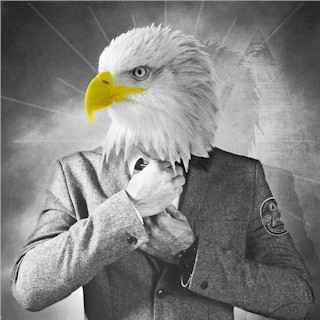 Those who believes in conspiracy theories, are thought to be cynical and kooky. Those who are paranoid and suspicious of the world. They’re skeptical of what’s reported by the media, or the designated safeguards which are supposed to protect us.

They believe that the real truth isn’t being revealed, that we’re being duped. The sheep then blame that their tin foil hats are wedged too tight.

Conspiracy theorists believe that all the mainstream news sources, are deceiving and manipulating us, this with the intention of protecting us from fear or harm.

They’re not whacked out introverts with a screw loose hiding in their basement, but are instead just searching for the truth. To follow the money.

We all question the world, certain events that doesn’t make sense. Everyone embraces skepticism to some degree, that there’s a “plot” that lead to the sequences of events of a story, which appears outrageous or malicious.

What we later discover are certain events were indeed fabricated, revealing our suspicions to be true. What’s flushed out is the real backstory as we say, “I told you so.”

We humans think we’re an intelligent bunch, but we can’t “guess” the weather, the mystery of the universe, the evil that man does, which all remain unknown.

We rely on news data, this to find a meal, to get information on the markets, where the latest war is, reports on spy rings, industrial espionage, and aliens.

Conspiracy theories, are a constant fight to get more information over the competition. If you know some type of truth that others don’t, you have the inside track to get ahead.

It becomes mandatory to do your due diligence, even if it’s flawed. What doing so makes you feel better, while setting you apart from the sheep.

The theory of conspiracy is deeply ingrained in us, more than you think. We humans are natural skeptics, believing there’s a story which lead to a certain event.

That it’s suffused with intention. What randomness and “normal” does, is scares us.

Conspiracy theories flourish, because what history eventually does is reveals itself, once the real truth eventually surfaces.

Our initial suspicions rings true, all while others are attempting to rid the world of “them,” this by burning books, exposing heretics, witches, and infidels.

Our imaginations are now consulting the heavens, the way that our ancient ancestor once scanned the sky, for supernatural portents.

We Growing Up Suspicious

As infants, we have no other choice but to rely on our parents, who often signaled gestures and gibberish, all in the attempts to keep us safe, as we lived in our fairy tale world.

Then we the child become frustrated, as the “adult” world appears nothing but a conspiracy, a code that the infant eventually cracks as language.

“What do you mean Santa Claus isn’t real?” What else are you lying about.

The child then begins to realize they’re alien, that two’s company and three’s a crowd. All they hear are their parents whispering secrets to each other.

We the anxious child, then grows up interpreting our suspicions constructively, which becomes a paranoid process.

There are daily conspiracies that are so subtle they appear disguised, as they blend seamlessly into our everyday sloppy thinking, and goes unnoticed.

Men and women, will often mistrust each other, convinced that the opposite sex is conspiring against them, that they’re being difficult just to aggravate them.

The complaint that all indigenous people want are handouts from the government, while seeking sympathy for being mistreated.

What this generalizes and implies is that all “native people” are all the same, that they collaborate then conspire, just to bleed out hardworking taxpayers like you and I.

The Advantage Of Competition

The competition for true information is extremely intense, while denial is strenuous as well. We now live in a world where governments keeps everyone under surveillance.

The belief that “big brother” is tracking our every move, was once a conspiracy theory.

What’s now theorized is that 9/11 was an inside job, man never landed on the moon. The belief that aliens may exist. Corona is and always will be a beer.

What was once shrouded in secrecy, now appears logical. That the unknown powers to be, may be controlling the world.

The manipulative character that is the media, along with its evil sidekick marketing, does is invites opposition. We take pride on not being fooled, that we’re not stupid.

Opposing pride then emerges once information floods the brain.

What the Internet does, is promises to control this flood, to reveal the truth, but like any other technology, its algorithm has its faults.

What seeps through the Internet is “fake” news. What it doesn’t do is offer solutions, but just gives what already exists.

What schooling does is gives shrink-wrapped canned answers, this rather than providing logical problem solving.

What every story does is eventually wears out. Scapegoats along with enemies are exposed.

What we’re always searching for, is to refresh or rehash them. How we decide where we’re going, who we are, is to listen to the whispers.

Realists define “conspiracy theories” as nothing more than paranoid delusions, from those who are insecure and obscure, this to reassert the feelings of having agency.

This definition however, is too narrow minded and a form of denial.

They are stories which creates an illusion of mastery, this in the whirling unexplained world we live in.

That’s why we’re constantly fabricating, discovering or developing stories which appears to explain the unexplained in the world.

The belief is that if there’s smoke there’s fire. There’s an explanation for everything we don’t know.

4 Steps How To Make Money From Home On Your Computer