Removing Blockages From Your Life Once Your World Crumbles 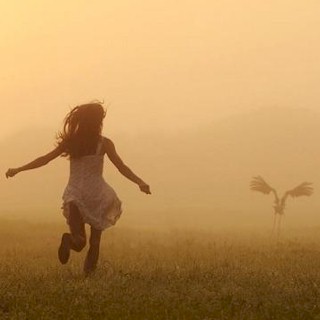 There’s a perception that self-growth is easy, a paint by numbers diagram, then your life will flourish, and become enjoyable and rewarding. The theory exists that it can be, but the journey will most likely be a twisting one, this once things begin to fall apart, when your world begins to crumble.

Going forward means looking back and recognizing, then dissolving your past blockages. These are often deep rooted beliefs which are formed in our childhood, or trauma early in our life. These are behaviors which are holding us hostage, forcing us to revert back and continue the same self-destructive behavioral patterns.

The problem with these deep rooted beliefs, is they’ve found residence in the foundation of our everyday lives. When attempting to dissolve them, what’s created are gaping emotional holes, which causes panic, pain, and turmoil.

Recognizing Blockages
These blockages are deeply ingrained since young and difficult to isolate, and harder to remove. Attempting to dissolve them is when your life can tilt sideways, as they’ve become comfortable habits. What’s realized, is that your entire life may have been a lie.

What’s then discovered however, is how everything is interconnected. It’s no coincidence that things will fall apart, once you start making changes, when attempting to remove these inner blockages.

The pain is realizing that your childhood has been misguided. You realize these early beliefs need to be removed, and once doing so, your life circumstances will begin to change.

Change is good, but it’s a scary process yet a necessary one. To adopt a new behavior, what’s needed is recognizing and then removing something that already exists, something that’s detrimental.

Significance Of The Blockage
What’s known is that when removing a belief, that a void will appear where that belief was, leaving an emotional scar that needs to be healed. That’s when it becomes painful, until you fill that void with something better.

As frightening as it may seem, once removing a blockage from your life, what’s for certain is that some type of pain, tragedy, or incident will occur, such as you getting sick, your car breaks down, or worse, you lose your marriage.

Filling The Loss
What you need is to deal with the fear once things fall apart. The first reaction is running away to avoid the pain, to revert back to how things were. But doing so only delays the process, as the gaping hole only occurs, to make room for its better replacement.

The key becomes to stay with it, to get through the discomfort that’s involved. There will be fear, anger, and grief, wondering what’s wrong with you, that you’ve failed. That’s where most will quit. So what’s needed is clinically filling in the void properly.

When Your World Crumbles
Once things fall apart, pay attention to the exact circumstances that begins to deteriorate. This reveals the lies and the limiting beliefs, that you’ve formed about your life.

Look for the connection between the blockages you’re wanting to dissolve, and the circumstances on how your life is falling apart.

For instance, you begin exploring what your true passions are, then you suddenly lose your job. The correlation is your talents didn’t match your current career.

More often, the connections are more vague, and you need to introspect a bit deeper. You need to decipher the “cause-and-effect,” and how things are related.

Take Baby Steps
The instinct is to “fix” everything immediately, which isn’t possible or recommended. Instead, take the steps to eliminate the blockage entirely, this until it’s gone.

What’s known is it’s going to hurt, you may get depressed, feel like a failure, but you need to flush everything out, as every remnant needs to be removed.

Work through it, and eventually, you’ll feel freedom and empowerment. You’ll begin to finally feel you’re in control of your circumstances. Once you choose to release your self-limiting beliefs, you’ll free yourself from self-destructive patterns.

The removal process can occur in a variety of forms. It’s usually relieving yourself of the circumstances that no longer corresponds with your new beliefs, such as that job you hate.

Forming New Beliefs
Once you recognize your blockages and then dissolve them, you’ll then need new beliefs to replace them, to fill the void. To replace limiting beliefs with empowering ones. The process requires completely reinforcing your new beliefs in your mind and heart.

The best way is writing out your old beliefs, and then writing your new ones right next to them. For instance, Old belief, “I’m not worthy of love.” New belief, “I’m worthy of love, and I deserve it.” Then simply reinforce this new belief, until it becomes a part of your mindset.

The Rebuilding Process
It can be empowering, yet confusing. Know what you want to build. If the blockage removal was especially painful or life altering, then there’s a feeling of loss and confusion, wondering where to begin. This is when you allow your heart to lead you.

Determine what you want your life to become, and then take the steps to create it. This might be finding a dream job, or building a new relationship. The key is to make sure that your old beliefs, are being replaced by the new more empowering one.

Otherwise, you’ll just revert back and re-create the same behavior you previously had to fill that void, and will need to do the process all over again.

This procedure may appear difficult, but it’s a proven effective and rewarding one that works. Begin by recognizing and removing all the blockages in your life, the ones that are holding you back.

Fight through the pain and fear, believe in the process, then you’ll begin realizing the transformation in your life.

Know That Your pH Level Is The Critical Measurement Of Health