The Definition Of Adaptation How The Body Adapts To The Environment 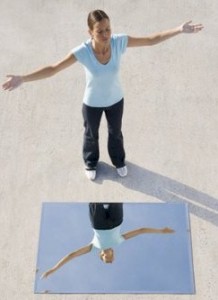 The design of the human body is absolutely brilliant. It’s an impressive and complex wired network of psychological as well as neurological immunological mechanisms which allows us to maintain good health along with balanced equilibrium.

The chronic stress that we’re exposed to on a daily basis, such dangers as environmental toxins are handled by what’s known as Adaptation. Adaptation allows for physiological responses which are compensatory, such as detoxification. Illness along with catching colds and serious diseases occurs when this adaptation process begins to wear out or becomes exhausted. When it’s masked, it makes it extremely difficult to be able to see the connection between being exposed and it’s symptoms.

Say that if you decide to renovate your living space and wanted to do some painting, install new carpeting or wood flooring, or just spray your home and garden with pesticides. The initial odor of the chemicals in some of the cases may be quite strong.

[ad#co-1]
At times, you’ll have a difficult time breathing properly when enter the house. But eventually, you will get accustomed to the smell or mask it by using air fresheners or sprays and think that the problem is gone.

However, you then begin getting constant headaches, throat or nose irritations, muscle pain and fatigue. This is because the toxic effects are still present and as a result has led towards an illness of some kind.

Using another example, we all know that constant use of substances such as nicotine, narcotics or alcohol can become addictive. After an initial unpleasant reaction such as possibly throat or eye irritation along with coughing etc, tolerance to that substance develops. This is because there are deceptive “pleasure” effects which are planted on the central nervous system.

Over time, more of the same substance is eventually needed to maintain the same short term effect. Once the substance which is addictive is removed, then withdrawal symptoms to varying degrees occurs.

Reactions such as becoming irritable, moodiness, fatigue and headaches are present. A few days after the withdrawal symptoms or reaction, the individual then remains hypersensitive to the smell of alcohol or secondary smoke. Once they are exposed again, there may be a recurrence of the initial reaction but the need to continue with the habit remains strong.

When the individual gets to this point, they can decide to tough it out, try kicking the habit and regaining back their health. Or they can return back to the habit to temporarily “feel good” once again. Overindulgence causes havoc as well as creating bad toxic effects which can damage the brain, heart, liver, lungs and the other vital organs.

Experiencing Withdrawal Symptoms
This same type of masking phenomenon can also occur with exposure to chemical toxins at lower levels. This was recently documented in studies performed on factory employees who were constantly exposed to solvents, welding fumes, grains and other fine organic dusts.

These workers unknowingly experienced actual withdrawal symptoms during the weekend and at times preferred to return back to work when these symptoms were actually renewed once they were re-exposed to the toxic substances.

However, after years of constant exposure can lead to noticeable pathological changes in the central nervous systems as well as the cardiovascular and immune systems. These symptoms can usually result in serious chronic diseases.

So even low-level exposure over an extended period of time can be just as harmful as being acutely exposed. Early intervention such as taking avoidance measure by making the workplace as safe as possible and using detoxification treatments can prevent the development of these chronic illness.

Some Of The Most Unlikely Suspects
Something that’s similar can also happen with basic foods which we consume on a daily basis, common staple foods such as bread, coffee and milk. We often learn to eat a particular food item repeatedly at regular intervals of time until we’re full and feel satisfied.

When the consumption of this particular food happens to be postponed or even missed, then similar withdrawal symptoms such as irritability, headaches or fatigue can at times occur. Whether it’s conscious or not, a similar “fix” is needed.

It is not completely known how we’ve become addicted to certain foods. Most foods not only consist of protein, carbohydrates and fats, but also may contain natural chemicals such as small amounts of phenolic food compounds as well as traces of morphine.

The daily consumption of just a limited number of foods not only causes noticeable nutritional deficiencies but can also cause sensitization as well as developing allergies. This then can create complexities in the immune system, which leads to inflammation of the major targeted organs in the individuals who are susceptible, which can eventually lead to a variety of symptoms.

For instance, certain wheat products can be a factor in causing irritable bowel syndrome in one individual, migraine headaches in another, arthritis in someone else and eczema yet in another person. Foods are also known to cause psychological symptoms in certain susceptible individuals.

Those who don’t understand or are aware of the adaptation mechanisms rarely suspect that the possible and potential origin of what their illness is. Neither do most health practitioners. If a doctor isn’t aware that the immediate environmental factors may be the cause of certain underlying illness of their patients symptoms, then these illnesses will just receive the clinical diagnostic label.

As a result, the appropriate medication offering relief will be prescribed, while the initial illness process will continue to go uninterrupted.

So How Can You Generate Revenue From Developing Mobile Applications