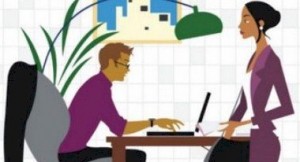 There are apps available for smartphones and tablet PC’s now for practically anything that you or anyone else on the planet who has a mobile device has a need for. The biggest issue however which faces the majority of the app developers who are creating all these applications is how they can actually make a profit from them.

Research has shown that the annual number of mobile app downloads for all the various OS versions of the mobile devices is expected to increase from around 11 billion in 2010 to over 180 billion in just a few short years.

[ad#co-1]
It’s not always necessarily the revenue or the lack of it however that’s derived from constructing these apps is what interests the majority of the mobile marketers. But rather, it’s the direct interaction as well as the awareness which the apps are able to provide to the user.

Where there’s any quantity of download or visitor volume for these apps, then there’s bound to be someone, somewhere, that’s interested in jumping in and capitalizing on the opportunity.

Mobile Advertisers Getting Involved
There is a mobile affiliate marketing platform for instance, who just recently launched their own (SDK) software development kit specific for app developers. So what these developers are able to do then is earn additional revenue for their Android based apps that they create.

Their SDK allows for the ad placement to be customized according to how and where the developer wants to place them. The ads can be placed right before when a particular webpage loads or they can be placed in between the various levels of the app.

The app still offers the same quality or type of experience for the user, but it gives the developers the option of making additional ad revenue from the mobile traffic.

According to this mobile affiliate company, there are a significant number of new Android apps which are constantly being developed and is growing at an alarming rate. So in order to get all the mobile users to use these apps, because of their sheer numbers, developers are usually forced to offer some type of a free-trial version.

The role that this particular mobile affiliate network is taking is for them to help these developers to create different ways to be able to monetize their apps through uniquely different and non intrusive methods of mobile advertising.

Building Mobile Applications
But before you’re able to monetize the apps however, obviously, you’ll need to create them first. There has been a trend recently towards the “Do-It-Yourself” or DIY application builders, such as AppMakr, iBuildApp or AppsGeyser. AppsGeyser provides developers with a platform so they can convert their Web content into apps, a service available for the Android OS.

iBuildApp, who may perhaps be one of the more interesting of these various app market vendors, is a free to use tool which enables users to create their own native apps for the iPhone, iPad and the Android.

So what you need to do is decide what’s right for your particular business. Would you prefer a mobile user friendly web page design or would developing a mobile app be better, or both.

Each and every site which is currently on the Internet should be prepared and on the ready for any type of mobile consumption, providing them with an experience that’s appropriate, suitable and compatible for any mobile device.

Mobile design for sites is becoming an absolute necessity today as there are more users who are increasingly powering up their mobile devices and using their on-board Web browsers to access web content.

Utility is what currently makes apps so appealing to mobile users and the reason why certain enterprises are able to benefit greatly from developing apps. What they do is provide a way to be able to offer your audience additional or different features as well as functionality that will go beyond what’s currently available online.