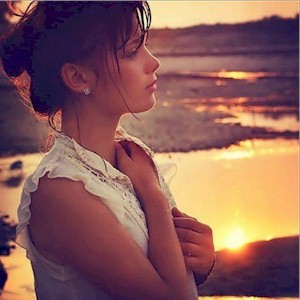 They’re an absolute professional at their job, yet they feel as it they haven’t accomplished anything in their life. The evidence is once you complement them on their achievements, the inroads they’ve made, they’ll never acknowledge it, feeling embarrassed, displaying a lack of self-esteem.

Their accomplishments should be hijacking their self-confidence, but somehow they don’t feel that secure about it. This because they secretly think that they’ll be exposed, that they’re incompetent, found to be a fraud.

That others will finally find out that they’re not genuine, that they’ve been fooling everyone this entire time. Everything that they’ve achieved in their life is a hologram of their true self, oh shame me.

So why do they feel this way, they who graduated with honors from school, who’s landed a professional job of authority, and quickly accelerated up the career ladder in a profession that they’re suited for. Yet, they continue to doubt themselves and their abilities.

The Narcissist Who Lacks Self-Esteem
These personalities may appear like polar opposites, but the stem of the insecurity lies in their narcissism. The doubt, this in regards to their academic and professional success, what they continue to focus on is their previous accomplishments, such as when they were younger.

With a tad of embarrassment, they’ll tell you about what they’ve done, while also telling you they don’t feel authentic about it, which exposes their low self-esteem. Why you wonder, would someone who’s achieved so much suffer from it.

The Plight Of The Awkward
There is a lot that’s been documented regarding individuals and their low self-esteem, this as a clinical observation, and not as an accusation or finger pointing. It’s found to be a very true and real condition, this based on their life experiences and mistreatment.

There’s also a condition that many successful people suffer from, and that’s not appearing feminine or masculine enough, or appearing too aggressive, which results in the fear of not being liked.

About Being Human
Narcissism has received a bad rap lately, this because of it’s blanket terminology based on competent successful individuals, who appears to be self centered and overly involved in themselves.

Actually, narcissism isn’t that bad, especially the healthy type, as what self-love forces one is to do good things, treat themselves well, set healthy standards, while taking pleasure in self and life.

Excessive narcissistic has a reputation of making demands for attention which shelters an ego that’s vulnerable, gets easily hurt, feels rejected and inferior.

There’s no blanket theory of narcissism, but it can act as a deflector for one having low self-esteem issues. These are feelings of “feeling” like a failure, or worse a fraud, afraid they’ll be exposed at any moment.

Oh The Irony
So if one is feeling good about themselves, how well they’ve done in their career, have good health, like how they look and dress, how many more would like them, if they projected this same persona to the world.

But they continuously unconsciously play their success down, knocking themselves several notches lower, thinking that they’re not good enough, that their superiors or friends won’t like them that much.

Then they become vulnerable to criticism. Someone suggests that they need to improve on a project before presenting it. What they hear instead of helpful advice is that they’re inadequate.

These are the thoughts and beliefs of those who lack self-esteem. They don’t feel that confidence inside of them. If it does appear, then it’s quickly squashed in an instance.

Just Love Yourself More
You don’t always feel proud of your accomplishments, that you’re competent or capable enough. You feel you don’t deserve all that you have, and as a result, have issues accepting yourself.

You feel like a phony. All that you want is to be recognized for the things you’ve actually worked hard for and accomplished, and not for the things which were handed to you.

To Increase Self-Esteem
Admit the things that you’re proud of, anything, most are surprised at what they come up with. That you’re an excellent executive who also makes a dynamic Tuna Casserole. Acknowledge to yourself all the good things that you feel about yourself.

Make a list of things that you’re proud of and why. For many, it’s overcoming some type of difficulty, such as an illness and beating it. Realize the talent and diligence that was needed to accomplish these things.

The biggest issue with these accomplishments however, is that most are embarrassed that it makes them feel good. Then they’re further embarrassed once they realize that something so simple enhances their self-esteem.

Just Be Proud Of What You’ve Done
Once you know which accomplishments makes you feel better, then note down what they are, this because once you begin to feel sad, when your confidence begins to waver, then you have a reference point of all the good things which makes you feel better.

Ask yourself if you have the capability to brag a little about some of your greatest accomplishments. Injecting a bit of humor always helps. Offer what you’re proud of in ways which shows others without having to actually tell them, such as images or a video.

What most don’t realize is what’s hiding behind a successful person is someone who’s feeling empty with low confidence themselves, so it doesn’t even occur to that person to compliment you on what you’ve accomplished, this regardless of what it may be.

Give them the opportunity to do so. It may be surprising to find out not only will you get some accolades for what you’ve accomplished, but your self-esteem will also rise as well. Then show your gratitude and thank them.