The Mad Men Among Us The World According To Don Draper 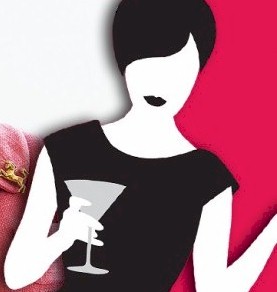 The dramady extraordinaire that is Mad Men, is about the industrial business mechanics of a Madison Avenue advertising agency, Sterling Cooper Draper and Pryce, which portrays a slice of life during contemporary and cosmopolitan 1960’s New York.

The opening, which has an animated man free falling off a Manhattan skyscraper, which presumably is someone from the firm, is still to be revealed, and may never be.

The series is a recapture of the early age of consumerism, social values and racism, forging much of the beliefs that we live with today. The most jarringly being the chronic alcohol consumption, the excess caffeine, and enough cigarette fumes to set off the smoke alarms of today.

What juices today’s high stressed office executives of the same ilk is fresh fruit, low-fat lattes and exercise. The characters of Mad Men of yesteryear got the same kick from whiskey, cigarettes and strong stale coffee. What’s transferred forward however is that there’s the same creative buzz fueled by the liquid motivation.

Some Things Never Change
The desperate exhilaration of the inventive methods of designing art out of thin air, writing copy for the purpose of selling convincing advertising for revenue, usually against impossible deadlines, sound all too familiar.

The creative work and its process often parallels leisure for these mad men and women. All the same, they display the talent of grasping a fantasy concept and then transforming them into reality of mind at the same time.

They have the gift of nurturing vivid passion alongside their objectivity. They harmonized teamwork along with rebelliousness. Perhaps the most outstanding, their ability to balance and carve out their discipline.

The Comedy Of The Pain That Is Mad Men
At the forefront of what rewarded these social pioneers, the cultural currents of that time, also threatened to overtake them. The best essence of Mad Men may just be the drama of those days turns out as the comedy of today.

What comes to mind was the firm’s largest client, Lucky Strike, a tobacco company, where Don Draper, with a cigarette dangling off his mouth, insincerely responds by writing an open letter stating: “Why I Quit Tobacco,” refusing to promote nicotine as a violent health hazard. The American Cancer Society however hired them.

The show portrays comedy without intent. The delicate balance between discipline and playfulness over issues which were real during those times, that time in history, where civil rights and women’s liberation began taking a stand.

Then There Was Peggy
Peggy Olson is the pioneer, the only copywriter who’s female in a male dominated industry. She, without a doubt, has most likely endured years worth of harassment, at least when compared to today’s standards of equality in the workplace.

When Peggy originally joins the agency as a secretary, she is ogled, forced against her will, and advised to show her legs (“are you Amish, honey?,” asks Pete Campbell), one of the ad men at the firm.

Joan, the bossy office manager even instructs Peggy to “Go home and look in the mirror. Put a paper bag over your head and really evaluate where your strengths and weaknesses are,” was her advice. In other words, it’s not just the men who were sexist on Madison Avenue in 1962.

Yet, Peggy thrives and forges through despite the routine objectivity and being bullied by primate ad men with a post war mentality of superiority. It was Don Draper who crossed the barrier and gives her the opportunity to thrive, promoting her to be copywriter.

Interestingly portrayed, Peggy isn’t similar to her female underlings of that time. Her appearance, how she dresses and reacts, is open to be constantly berated by the men as well as the women of that time.

The Mad Men Of Today
Mad Men is a study and extraction of how we behave socially in the workplace and business today. The show attempts to chronicle what life was like in the 1960s, so as a result, it has captured the attention of millions of viewers who flirt glimpses of the raw glamor and the intricacies of the story lines.

Going beyond the stylized ’60s decor, this show attempts to strip down and recreate history of half a century ago, as it displays characters who stumble through their lives while discovering social conscience. They successfully get under our skins by keeping us invested and interested by we relating to them.

We’ve become vacuumed in by the culture and the mindset of that birthplace in time, and how the advertising game of today was rooted and formed. Mad Men has successfully entered our comfort zones as a resource for the development of how we behave.

So the very penetration point of this TV series and why it grips our interest is not only because of it’s nostalgic history lesson, but also combine the haunting and real sense that, other than technology, not much has really changed in over five decades.

There is a substance of superficial reassurance, however, when watching the series for most viewers. There’s a distinct smug sense that we as a society has surpassed the narrow mindedness and the role-taking mentality which was strongly characterized during that period of revolutionary America.

The Damage That Hidden Added Sugar Does To Your Health

Review Of Bring the Fresh Does This Program Even Work