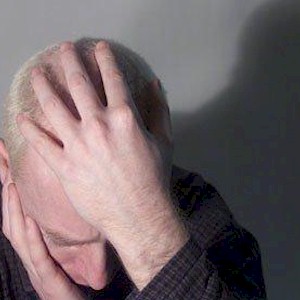 What he doesn’t need or seek is the love of his parent’s, spouse, or sibling’s, or to be loved by his children. What he considers them are just audience members to watch his arrogance in the theater which is his inflated grandiosity. All he wants is the focus to be on him, that he’s in charge and wants everyone to know.

What his ultimate wish is to shock them, impress them, threaten them, infuse them with awe, to inspire them to get their attention, or to manipulate them. To make the statement that he’s in control, that what he says goes, this for anyone who dares to confront him. He constantly demands this attention.

What he does is emulates and simulates a host of emotions, while employing every means to achieve these effects. He lies as he bows to his false god. He acts pitiful, the exact opposite of what others beg him to be. When confronted, he defaults into several phases of disorder.

Seen As Threats
What he perceives his siblings or kids to be are threats to his narcissism, such as the attention that’s placed on them instead of him. What they do is intrude on his turf while invading his pathological space.

So he does his best to belittle them, mentally by emotionally hurting them, constantly humiliating them, all while absorbing the aftereffects.

If these reactions ever proves to be ineffective or counter productive, he’ll retreat back into his imaginary world of omnipotence. A period of detachment and emotional absence then ensues.

He then proceeds to indulge himself in self delusions of grandeur, planning for future interference. This dysfunctional individual will react this way when his children are born, or a sibling dares in interfere with his delusional path.

Afraid Of Competition
Whoever he perceives to be in competition with him, he automatically considers them as the enemy. What then ensues is aggression and hostility, this aggravated by the real or perceived threat of the spotlight being lifted off him.

Rather than attacking the issue, he’ll at times immediately disconnect, will detach himself emotionally, becoming cold and uninterested, or will direct his anger to those closest to him.

Am I Good Enough
What this narcissistic father does is seeks and secures the grateful admiration of his parents. He’ll take all the credit for his child achievements, while all failures will be directed on others.

As the children begin to grow older, he encourages them to idolize him, to adore him, this in the hopes to be in awe of him, to admire his deeds and capabilities.

This in the hopes they’ll blindly trust and obey him, surrender to his charisma while becoming submerged in his narcissistic persona.

Get Out Of My Way
Then what arises is the risk of mental abuse, attempting to influence their thinking. What the narcissist does is derives gratification from having coital relationships with those who are physically and mentally inferior, the inexperienced and dependent.

The older that the siblings or offspring becomes, the more critical he becomes, often judgmental. This because they’re then able to put into context and perspective, the reasons for his actions, to question his intent, to anticipate his motivations better.

As the child matures, what they often refuse is to continue being his pawn. What they hold are grudges against him, this to what he’s done to them in the past, when they were less capable of resistance.

Goes Full Circle
This brings the narcissist father back full circle, as he once again perceives his siblings, or his children as being threats.

He becomes disillusioned and devaluing. He becomes emotionally remote, absent and cold, while rejecting any effort to communicate with them, citing the scarceness of time.

He feels burdened, he wants to escape from his obligations, to abandon his commitments to those who has become totally useless to him.

He doesn’t understand why he needs to support them, or suffer their company as he believes he’s been deliberately and ruthlessly trapped.

He rebels by either being passively aggressive, evident by that scowl on his face, or by refusing to act, this by intentionally sabotaging their relationship.

He can become overly critical, aggressive, arrogant, unpleasant, psychologically and verbally abusive. To justify his actions to himself and others, he gets immersed into conspiracy theories with clear paranoid hues.

Parental And Sibling Narcissism
A parent with a narcissistic personality disorder, will use the people closest to them as mere instruments for their gratification, to devalue them in their favor.

With the narcissist’s inability to abide and acknowledge the personal boundaries which are set by others, putting all in his path as victims of his destruction, they receive verbal and emotional lashing.

His possessiveness and panoply of negative emotions, transforms into aggression such as rage and envy. Then at times they will fight back, and what he receives is a punch in the face.

He Against The World
In his mind, he feels that everyone is conspiring against him, this because of his belittling, humiliating, or insubordinate ways. This narcissistic man ultimately gets what he wants, only to have those who he hurt disintegrate, this to his great sorrow.

The narcissist then feels besieged and becomes suffocated by his own wrath. He then rebels and erupts into a series of self-defeating and self-destructive behaviors, which leads to the decomposition of his life.

Then doomed to ruin, the narcissist becomes predictable in his own “death wish,” as this cycle comes back and haunts him.

What this sets up is a life of bad karma as he grows older, as all the knives are thrown back at him, and he will grow old alone, as no one will be there to comfort him.

Popular Everyday Foods Which Helps To Manage Your Diabetes