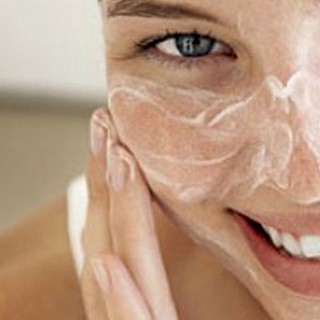 It’s baking soda, and it’s no longer an old wives tale, as it’s one of the most inexpensive beneficial health remedies known. It’s known to combat everything from the common cold to major illness. It’s also used as a deodorant, and to improve oral health. So if you’re looking for a home pharmacy in a box, it’s baking soda.

Baking soda, or Sodium Bicarbonate (NaHCO3) is a natural substance that’s found in the bloodstream, this to regulate the body’s pH level. What it does is counterbalances high acid build up, which is the key component to a well functioning healthy harmonious body.

It’s the active ingredient found in baking soda which directly balances cell voltage, while simultaneously increasing CO2, helping in the oxygenation process. Sodium Bicarbonate is a powerful substance that everyone could benefit from.

Great For Your Teeth
Baking soda is one of the key ingredients that’s found in popular commercial toothpastes and mouthwashes, as it’s shown to effectively remove plaque buildup. Use 6 parts baking soda to 1 part sea salt for best results. Mix the ingredients together thoroughly.

Rub the mixture with your fingertips on your teeth and gums, and spit out the excess. After 10 minutes, rinse your mouth. This mixture is also effective for killing bacteria.

To whiten your teeth, use 1/2 teaspoon of baking soda and one crushed ripe strawberry. Spread it on your teeth and leave it on for 5 minutes, then brush your teeth. One warning is do so just once a week, as applying it too often can result in tooth enamel damage.

Absorbing Body Deodorant
Most know that baking soda is excellent as a deodorant for the fridge, but what’s not known is it’s also effective for body odor. Mix 1/4th of a teaspoon of baking soda with a few drops of water. Rub it under your arms without it dissolving.

A variation is using baking soda and cornstarch, by mixing 6 parts cornstarch to 1 part baking soda, and then dust your underarms. You can also use a few drops of water to make a natural deodorant crystal.

• For insect bites, make a paste of 3 parts baking soda to 1 part water, and then apply it directly on the affected area. To ease an itch, apply baking soda powder on the area, and rub it into the skin

• If you get a splinter, add 1 tablespoon of baking soda to a glass of water, then soak the affected area two times a day. Most splinters should come out after a couple of days

• Use baking soda to exfoliate your face, by using a paste compound of 3 parts baking soda to 1 part water. It’s a natural affordable gentle solution you can use on a daily basis

• Instead of going for an expensive spa treatment, create a soothing foot soak by adding baking soda to warm water. It’s also known to heal athlete’s foot while easing calluses

To Reduce Heartburn And Indigestion
Sodium bicarbonate, is the most common ingredient used in all the over the counter antacids. A more affordable way of relieving indigestion and heartburn, is by stirring 1/2 teaspoon of baking soda into a small glass of water, and then drink an hour after a heavy meal.

Baking soda is also known to neutralize the conditions which causes acid reflux. In cases such as ulcers, baking soda may initially help at first, but be aware that sodium bicarbonate can potentially cause the stomach to produce more acid, making things worse.

To Relieve The Common Cold
This is an evergreen ancient “old wives” folklore tale, where grandma swears that the ingredient in baking soda, sodium bicarbonate, is effective in treating the common cold and even the flu. Perhaps she was right.

According to tradition, in case of colds, what was given was doses of organic baking soda mixed with water and lemon, and within 36 hours, the symptoms of the cold usually abated.

Cure Kidney Disease?
Bicarbonate is an alkaline substance which is naturally produced by the body, which helps keep pH levels in check.

Those who suffer from chronic kidney disease, which is often caused by diabetes or hypertension, the kidneys will function poorly because as it has difficulty removing acid from the body.

What’s recommended is at the very least, investigate sodium bicarbonate as a potential source, a potential therapy alternative, which can slow down the progression of disease.
NOTE: This by no means is to be taken as medical advice, as it’s strictly opinion