The One Thing That Some People Lack Is High Self-Esteem 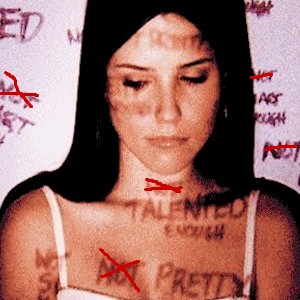 What we’re all wanting is to feel better about ourselves, but for some of us, the way that we attempt to do so is completely wrong. We continuously go down the same wrong path which won’t produce any positive self-esteem which is productive.

How we all develop our self esteem, regardless of where it’s at, is we’ll usually resort back to our feelings as a child within. Regardless of how much we’re able to achieve in life, the wins, successes and losses, what remains is that empty hollow feeling.

You’re still constantly seeking the approval of others, your spouse or your mom. And if you continue to treat your inner child poorly, this by completely ignoring your feelings or by judging yourself too harshly, you’ll then continue to feel inadequate.

You also view yourself through the same old fashioned distorted view that’s created by your parents, adopting the same way which they view life, usually having the same low self-esteem.

If you have the courage to seek the truth of who you really are, which is an independent person that’s buried in ill confidence, who wants to love and be loved, you’ll then begin treating yourself better than you should.

When you begin to take this positive loving action on your own behalf, and not living in the past, you’ll then begin feeling a higher value of yourself rather than constantly feeling bad.

Raising One’s Self-Esteem
These actions may include:
• Speaking and standing up for yourself, while facing and telling the truth without judgement or blame when in conflicting situations
• Taking better care of your body by eating properly, getting adequate exercise, getting enough sleep, generally becoming more healthier
• Creating a better balance between your work, leisure, creative, and play time
• Treating yourself as well as everyone else with respect and compassion instead of being judgmental
• Realizing that we live in a creative world and not a competitive one
• Listening to and then attending rather than ignoring your feelings and your needs
• Taking notice of your thoughts while practicing inner self-discipline when it comes to your thoughts

Do You Consider Yourself Having High Self-Esteem If:
• You become successful and as a result make a lot of money
• You achieve a higher position in your industry
• You drive around in an expensive car and live in an expensive home
• You think you’ve found the right relationship
• You constantly get approval from the most important people in your life

While these accomplishments are admirable and can result in a sense of worth and feeling good, none of these will usually create a deeper or abiding sense of higher self-esteem.

The reason being that self-esteem has actually nothing to do with your actual achievements, or how you’re viewed by others. What self-esteem results from are two issues, both regarding the inner relationship with yourself:

A Contrast Of Self-Esteem Issues
Yvonne is an extremely successful businessperson. As a result has become wealthy, lives in a nice condo, has a new car, a spouse who remains by her side because of his own ulterior motives, while she keeps a keen eye on her money.

Yvonne however suffers from low self-esteem. She is constantly wondering and perplexed why she continues to feel so inadequate in spite of her success and having all of the things that money could buy.

Over time, it becomes apparent that regardless of what the truth is, Yvonne continues to see herself as an inadequate child, the mistake by the lake, ever since her father implied that she was.

So her inner dialogue is always self-critical, just as her father had always been with her. She’s developed a habit of constantly judging herself, telling herself that she’s not good enough.

As a result, she’s constantly looking to others for attention, she married the ideal daddy figure husband much older than her, which allows her to seek the approval which she didn’t receive from her dad.

So instead of being a perfectly loving person who should be proud of her achievements, she remains harsh and inattentive towards herself.

Then There’s Something About Mary
Then there’s Mary, the pretty one. She glides through life but also suffers from self-esteem issues. Regardless of how many people will tell her how pretty she is, she still feels insecure and resorts back to feeling inadequate most of the time.

This because on the inside, she’s constantly reminding herself that she’s not that smart, or that she always needs to be in control. She’s constantly telling herself, “How could I even make such a stupid remark!” or “Why did I act so stupid?”

Mirroring her mom’s own self-judgments along with her own, she’s constantly putting herself down thinking that she’s a failure, such as marrying the wrong man just to please her mom.

Until she begins to view herself by what the truth is, instead of being judgmental, she’ll continue to feel insecure.

Instead, she should be paying more attention to her own self development instead of constantly trying to please others. She needs to remove her self destroying judgmental behavior, which should result in higher self esteem.

Stop Competing Start Creating
Why do people feel that they need to compete with each other, attempting to prove they’re better than someone else by continuously stepping over them, or putting them down. This is the lowest form of self-esteem as it reveals their insecurity.

Being creative is thinking out of the box instead of constantly competing with each other for the scraps on the table. So begin creating new ways of helping each other rather than feeling insecure and fighting for that same piece of pie.

The New Improved Method Of Becoming Happy Within Seconds

Consumer Alert Know How Your Virtual Spending Is Tracked