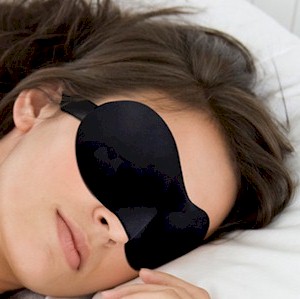 This is not about the promotion of Human Growth Hormone (HGH) as a supplementary source, but about the natural chemical that’s produced by the human body, and how it’s production slows down as one ages.

It’s found that there’s a definitive link between poor sleeping patterns and the body’s ability to be able to produce HGH. Human Growth Hormone is a natural substance which is manufactured by the human body in abundance especially when one is young, this particularly at night during deep sleep.

This is the same quality of sleep that the elderly are found to decrease in as they begin to age. Research has found that once we grow older, we’ll lose the ability to be able to fall into this deep state of sleep, especially once awakened during the night.

It’s found that once reaching 50 years of age and beyond, the amount of quality sleep declines by 27% percent per decade. What’s also been found is that HGH growth hormone secretion also decreases by close to 75% percent over this same period.

Although there’s no clinical proof which links the reduction of quality sleep to a lack of HGH production, research does show that there’s a constant counter link, which is there’s higher amounts of HGH that’s produced based on the quality of sleep, while the length of the sleep doesn’t appear to matter.

Know How Deep Your Sleep Is
Research shows that the quality of deep sleep is dependent on the state of the persons state of mind once they enter into their sleep period. Translated, how relaxed they are when they actually go to sleep at night.

Unfortunately, there are some who experiences extremely high levels of stress at all times, and usually carries this to bed, which influences the body once it begins to enter into the sleep pattern cycles.

For instance, the body can’t distinguish that one is feeling extremely anxious, or stressed out because of:

• One happens to live in a high crime area, and are afraid that they can be robbed while they sleep thus they sleep lightly
• There are unpaid bills or missed car payments which are piling up which worries them
• There’s a busy day at work ahead for them the next day, so they can’t sleep, or
• They’re extremely worried about an upcoming event

These are all events which causes strain on the body causing one not to fall asleep. These are all different circumstances, but the brain feels this anxiousness without prejudice.

As a result, the body and mind naturally goes into “emergency” mode, which results in lighter states of sleep, forcing the person to remain aware of outside influences, movements, and noises which will wake them up immediately once there’s any disturbance, ready to take action.

As one ages, these worries and anxieties either real or imagined, tends to increase, which compounds and interferes with their quality of sleep. The end result is as these sleep disturbances increase, the levels of quality HGH decreases.

Sleeping Without Stress And Anxiety
There are reasons for sleep disturbances and if required, medical opinion should be sought out. The issue is not being able to get into a deep sleep pattern because of an external underlying fear, which is the most common problem.

It’s thought that some sleep disturbances have roots in childhood, such as when children at times are left on their own to sleep when they’re young and vulnerable, and if they were, they’re unable to completely relax while sleeping and it continues into adulthood.

Techniques For Deeper Sleep
One simple technique for deeper sleep is turning one’s focus from the issues of the day to imagining a “guardian” of sorts being present with them while they sleep, which protects and calms the sleeper.

This can be a presence like a spiritual being which performs the “guarding” so they feel safe to go into a deeper sleep, choosing to safely leave their body vulnerable to the outside dangers for when they’re in deep wave sleep.

The core component being that the person needs to feel completely safe and protected, which is the state of mind that’s needed, which is also idiosyncratically different for all individuals.

Another way of achieving this healing level of deep wave sleep is by actively dealing with all of the “background” anxiety which is thought to be the main fears, as well as worries which underlies these issues.

It’s also thought that most people are unaware of their own background anxiety, or how severe it actually is. It should be noted that everyone has this, so it’s not a question of strength of character.

There are excellent varieties of meridian based self help techniques which are available which will calm ones emotions while effectively removing fears by working with one’s own human energy system, rather than the traditional psycho-analytical methods.

Getting The Best Sleep Possible As We Age
When it comes to Human Growth Hormones, what most think of immediately are the seemingly miraculous effects of the artificial over the counter HGH products which are available. Other methods include weight loss, getting in better shape, which results in more energy and the better functioning of the immune system.

There are methods which can be done naturally, where we’re able to produce more of our own HGH. To do this, what’s needed is actually practicing to sleep as deep as possible. In order to sleep deeper, what we need to target is reducing our anxiety, the fears and the stresses in our lives, this right before bed.

Once we decide to do this by using the various natural mind and body techniques which are available, we’ll then reap the rewards, while our mind avoids the side effects which are associated with external HGH products.

What we’re doing in effect is setting up a cycle of healing and the overall improvement of our bodies in both our physical and our mental functions by getting deeper sleep.

By acknowledging this, finding and then treating our fears and anxieties naturally, this without using any outside influences such as using complicated diets, medication, and additional supplements, the better off that we are.